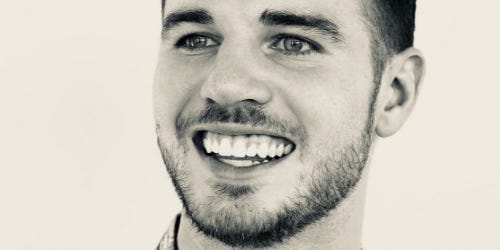 When Wes Schroll went grocery shopping a decade ago as a college student, he realized he cared a lot more about the brands he purchased than which store he was in.

That sparked the idea for Fetch Rewards, a shopping savings app where consumers upload store receipts to earn free rewards from the brands they’ve purchased. Schroll dropped out of the University of Wisconsin-Madison in 2013 to build the company.

Now, amidst breakneck growth during the pandemic, Fetch Rewards is in talks to raise a new Series D round of funding that could more than double the firm’s valuation to about $1.5 billion, two people familiar with the matter said. That makes the Madison-based startup one of only a few “unicorns” — startups valued at over $1 billion — to have a headquarters outside of Silicon Valley or New York.

While the deal is still in flux, Softbank has already offered a term sheet for Fetch Rewards, one of the people familiar with the matter said. Multiple investors have already been pitched on the deal, the people said.

Spokespeople at Fetch Rewards and Softbank both declined to comment on the specifics of the deal.

This latest funding comes just three months after the company’s hefty $80 million Series C round, which valued the startup at more than $600 million. Iconiq Growth led that financing, and GST Global, Greycroft, and e.ventures participated in the deal.

Investors are bullish on Fetch Rewards in part because the pandemic has resulted in consumers spending more money on groceries and household products, increasing demand for the app’s services. Last year, the company also expanded its product offerings to include new rewards from restaurant receipts and consumer purchases of packaged-goods brands.

Fetch Rewards makes money from partner brands like PepsiCo Inc., Dove, and Lipton. Those companies pay for the rewards consumers get when their products are purchased, and Fetch then gets a small percentage of that revenue. It competes with other consumer rewards companies like Ibotta, an app which lets consumers to get cash back through tasks like uploading receipts, watching short videos or participating in polls.

As of last December, Fetch Rewards had more than 16 million downloads since the app launched in 2017 and more than 5.5 million active users, according to a company press release. It plans to double its employee headcount to over 500 people this year.