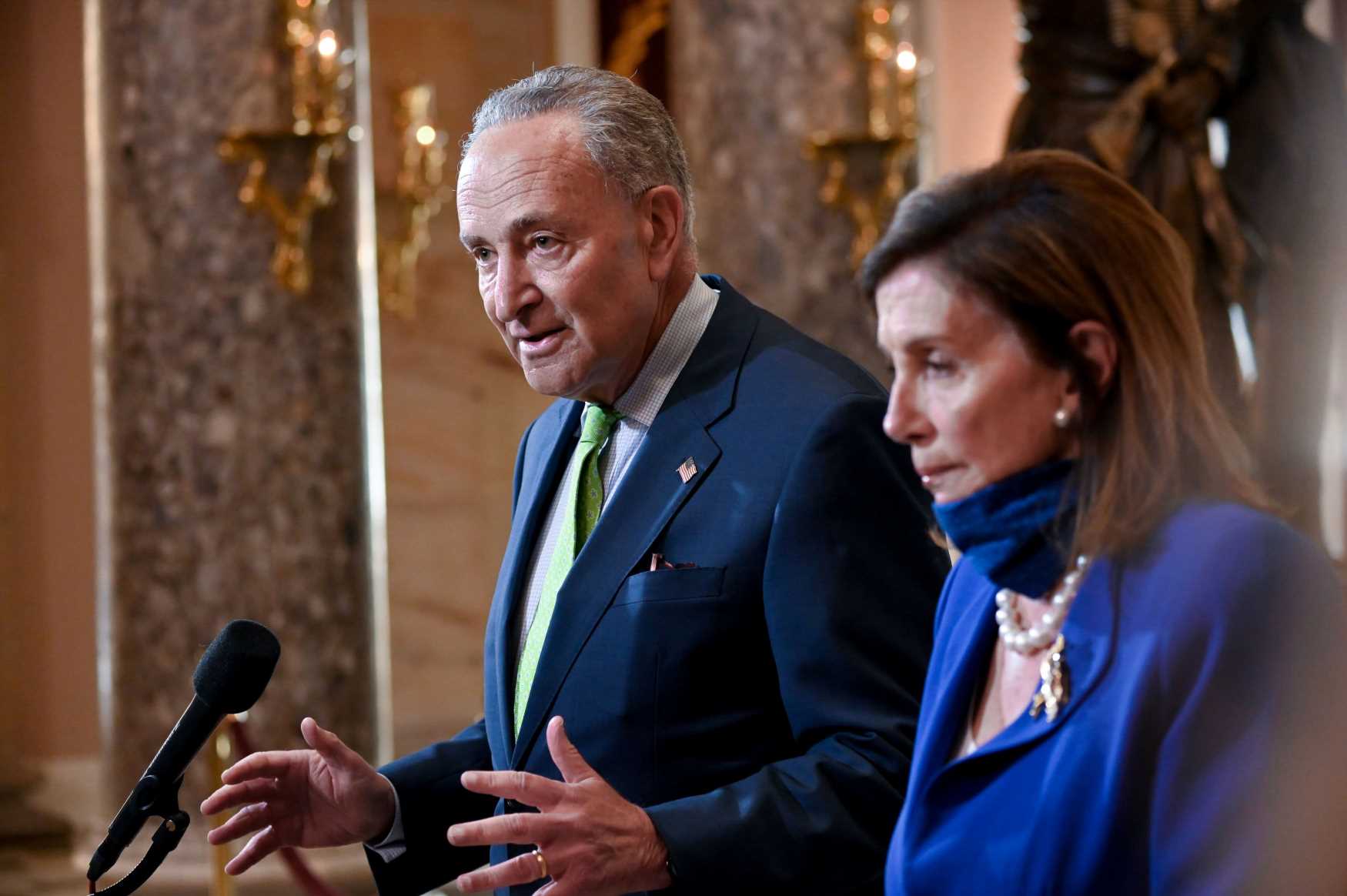 The House of Representatives passed President Joe Biden's $1.9 trillion stimulus package, teeing up what is expected to be days of debate and political deal-making in and around the Senate.

With the bill bound for a Senate split 50-50 between Democrats and Republicans, lawmakers will next week begin offering amendments to the House's plan and will likely pass a different version of the bill they received.

Should that happen, the House will then have to pass the Senate's version or the two chambers will have to meet to draft a final, agreeable draft in a conference committee. Democrats are rushing to send the bill to Biden's desk by March 14, when jobless benefits are set to expire.

In advocating for the legislation, Senate Majority Leader Chuck Schumer, D-N.Y., stressed on Thursday that millions of Americans remain in dire economic straits.

"This is a once-in-a-century health and economic crisis," he wrote on Twitter. "But Republican leaders are reportedly 'maneuvering' to get every single Republican member to oppose urgent, bold COVID relief."

"Make no mistake," he added, "We will deliver the American Rescue Plan with overwhelming public support."

Democrats have thin majorities in both the House and the Senate and opted to try to pass Biden's stimulus plan through a process known as budget reconciliation. Reconciliation allows a party to pass a bill with a simple majority vote but limits what can be included in the bill to those items that have a significant impact on the federal deficit.

Though the House passed their bill with a $15 per hour federal minimum wage stipulation, the Senate parliamentarian decided on Thursday the pay hike cannot be included in any bill under reconciliation.

The parliamentarian's ruling underscores the fragility of the bill's make-up in the Senate, where even a single Democratic nay could doom Biden's first landmark piece of legislation.

Party leadership will likely focus on middle-of-the-road Democrats, like Sen. Joe Manchin of West Virginia, who are more likely to balk at provisions they see as expensive or unnecessary.

Manchin cast doubt on the fate of additional stimulus checks as early as Jan. 8, prior to Biden's inauguration.

The conservative Democrat said he would "absolutely" oppose another round of direct payments, but later clarified in a tweet, writing, "If the next round of stimulus checks goes out they should be targeted to those who need it."

Others, such as Vermont independent Bernie Sanders, have instead doubled down on their commitment to progressive priorities like the $15 minimum wage increase.

He and Senate Finance Chairman Ron Wyden, D-Ore., are working on an amendment to the bill that would penalize big corporations that pay their employees less than $15 an hour.