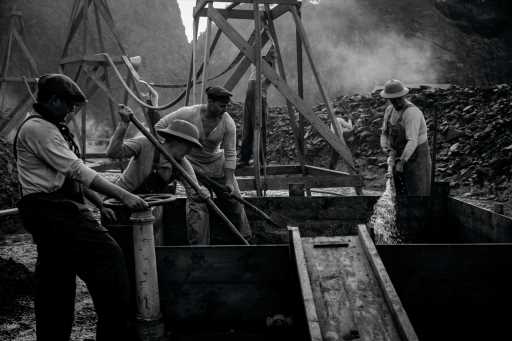 The parent company of cable networks like A&E, History Channel and Lifetime, a privately held joint venture between Hearst Corp. and Disney, announced a raft of more than 2,500 hours of new programming. The company also plans to air 70 hours of premium documentaries and 221 movies.

Along with the new series and movies, A+E has also implemented a new sales focus on total-audience metrics. The company signaled the plan last month to shift away from the age and gender Nielsen demographics relied on for decades by buyers and sellers.

“Our brands have clear identities with a strong foundation of hit series. Across our entire portfolio and in a variety of genres, we continue to have an incredible roster of A-list, diverse talent in-front of and behind the camera,” Buccieri said in a press release.

In addition to linear programming, he added, A+E is backing newer ventures like podcasts, virtual experiences and digital multiplatform content. Those offerings show “a deep commitment to being available wherever and however viewers want to be entertained,” he added.

In a brief interview with Deadline before the upfront, Olsen said A+E has gotten positive feedback thus far from its total-audience shift. “We all hear the narratives about television viewership not being what it used to be, but the fact is that there is still a significant appetite from our clients to get in front of these large-scale audiences,” he said. “We are in a great position to help them achieve that goal.”

A+E has moved on after its top-rated franchise, Live PD, met an abrupt end in June 2020, Olsen said. The show, which aired for six hours a week, was among the top draws on the cable dial and A+E had renewed it for 160 episodes before the climate changed. Amid nationwide protests following the killing of Black motorist George Floyd at the hands of a mostly white group of police officers, the franchise was pulled off the air. That left A&E needing to fill a large void in its schedule and also re-orient the network away from a core property meant to be seen live, which meant tweaking the pitch to advertisers.

“There have been milestone shows in this company’s history,” Olsen said, mentioning the astronomical surge of A&E’s Duck Dynasty years ago, which was followed by a sharp decline. “Our goal is to stay consistent in what we’re delivering and we feel what we’re announcing is going to drive home that message.” From a sales perspective, the absence of Live PD “changed the dynamic a little bit, but we’re coming into this year with a new sense of mission.”

The 20th anniversary of the September 11 terrorist attacks will also get a significant commemoration. The company said it has “made a cross-company, cross-platform commitment to honor the fallen,” it said in the press release, “and pay tribute to 9/11 first responders and survivors.”