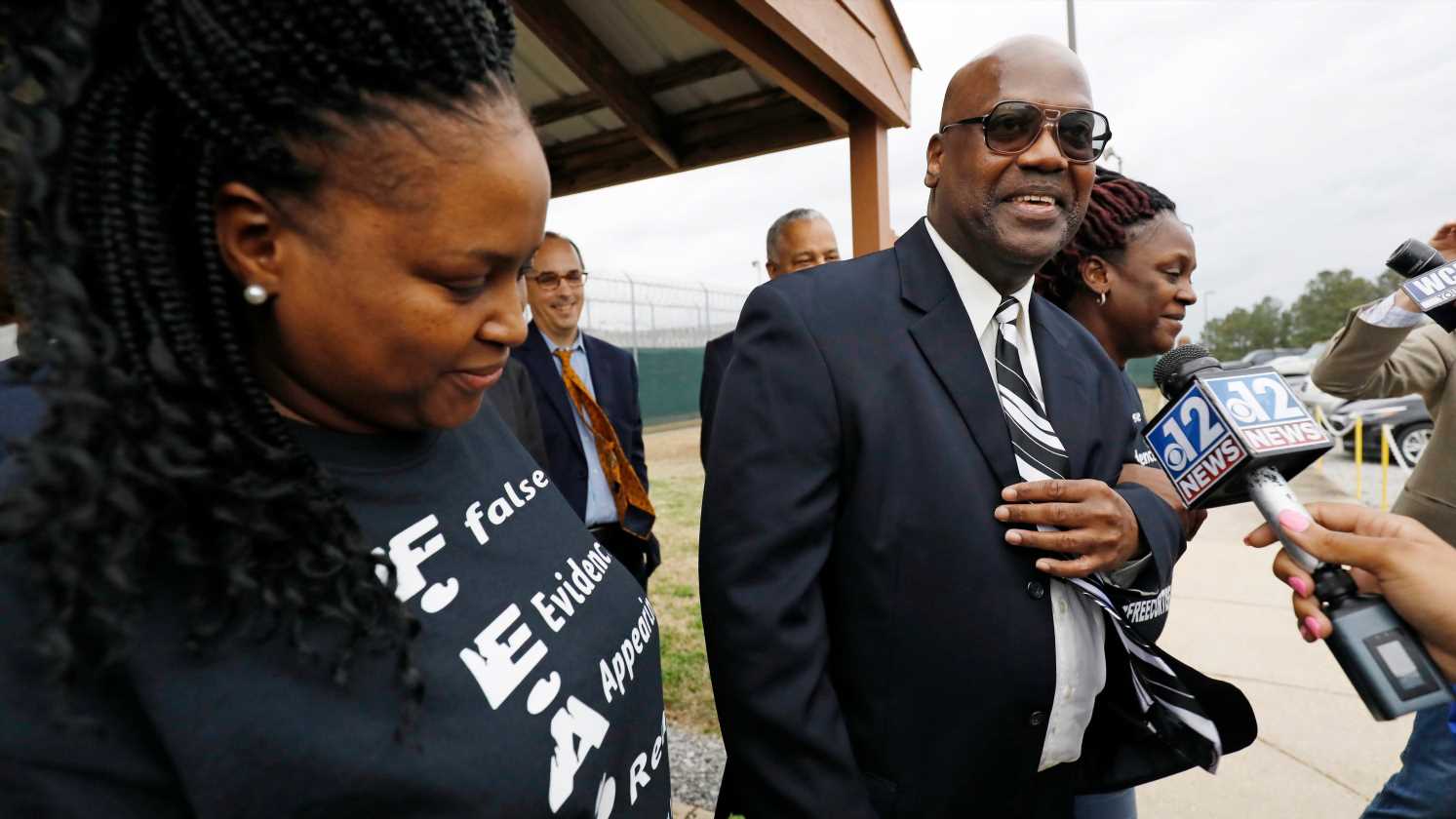 The 50-year-old spent nearly half his life on death row at the Mississippi State Penitentiary at Parchman for the 1996 shooting deaths of four people at Tardy Furniture Store in Winona where Flowers had been employed until roughly two weeks before the murders.

Curtis Flowers, 50, holds up his dissembled ankle monitor after Mississippi Attorney General Lynn Fitch dropped the case against him on Friday, Sept. 5, 2020. Flowers had been tried six times for the same crime, the murder of four people at a furniture store in Winona, by white prosecutor Doug Evans. Flowers' last conviction was overturned because the U.S. Supreme Court found that Evans had racially discriminated during jury selection. (Photo: Special to the Clarion Ledger)

The victims, including store owner Bertha Tardy, 59, and employees, Robert Golden, 42, Carmen Rigby, 45, and Derrick Stewart, 16, had been shot in the head.

There was very little evidence to go on and no clear motive emerged during the investigation. Some experts indicated there was evidence of more than one person involved in the crime, yet Flowers was the only person ever charged.

State law allows a person who was wrongfully convicted of a crime to be compensated $50,000 a year for every year incarcerated, with a cap at $500,000. The funds will be distributed at $50,000 annually for the next 10 years.

Flowers was convicted and sentenced to death for the first time in 1997. Former District Attorney Doug Evans prosecuted that trial and an unprecedented five more trials.

In November 2019, Evans was sued in federal court by the Attala County branch of the NAACP and others for his alleged discriminatory acts. The lawsuit was dismissed without prejudice and is currently going through the appeals process.

In 2020, Mississippi Attorney General Lynn Fitch said the state would not try the case a seventh time, leaving Flowers a free man.