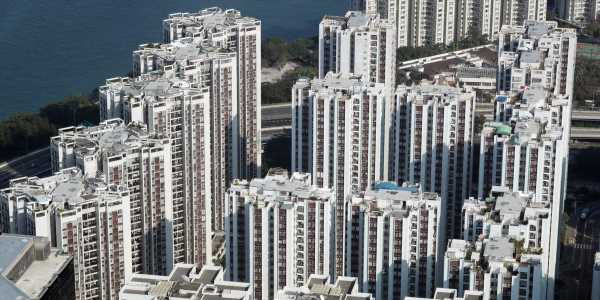 A Chinese property developer is spending $541 million to convert a plot of farmland into a luxury development in Hong Kong’s New Territories, Pearl Liu and Sandy Li reported for the South China Morning Post.

The 2.4 million-square-foot plot will include 268 villas, per the SCMP. Amongst those is a structure currently referred to as House 1, a 240,000-square-foot villa — the plot’s largest — that evokes France’s Palace of Versailles. It will feature four private elevators, a swimming pool, and eight bedrooms.

“We have never seen such a giant home in Hong Kong, and its price will definitely set a record,” said Vincent Cheung, the managing director of Vincorn Consulting and Appraisal, per the SCMP.

Insider could not immediately confirm whether the home’s 240,000-square-foot footprint would make it the largest home ever built in Hong Kong. For comparison, the most expensive house on the Hong Kong market in 2020 was 24 Middle Gap Road, a 6,200-square-foot home that was listed at $447 million.

China Evergrande Group, China’s second-largest property developer by sales, is behind the project. The group has more than 800 projects across 280 cities in China; its chairman, Hui Ka Yan, has a net worth of $28 billion and is the 10th-richest person in China.

China Evergrande Group did not immediately respond to Insider’s request for comment on this story.

The announcement comes from the same city that has for years ranked as the world’s most expensive housing market — and one that’s in the midst of an affordable housing crisis.

In February, a penthouse in the Peak — a Hong Kong neighborhood known for its sky-high prices and roster of wealthy residents — sold for $59 million. At $17,542 per square foot, the sale set a new Asia-wide record for price per square foot. Also in February, a 1.25-acre plot of land sold for about $935 million, setting a record for the most ever paid for a government-owned piece of property in Hong Kong. 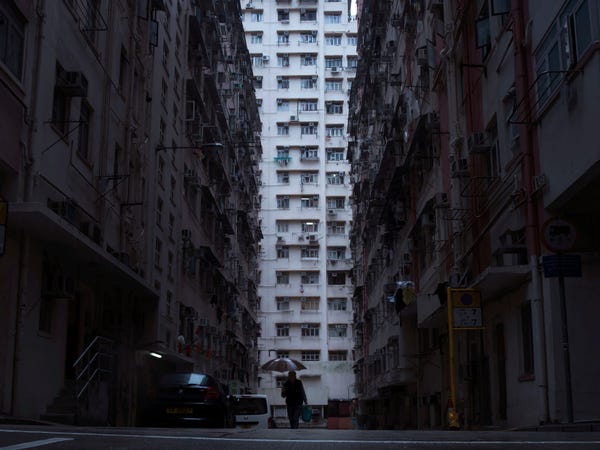 On the other end of the housing spectrum are Hong Kong’s notoriously tiny apartments.

At the extreme end of the housing market are Hong Kong’s “coffin homes.” As of 2018, the city was home to an estimated 9,300 coffin homes — extremely narrow homes, wide enough to hold a bed and a few personal times — that housed more than 200,000 people total.

One in five people in Hong Kong lives below the poverty line. Per a 2011 report from the London School of Economics’ Urban Age project, the average Hong Kong resident has 140 square feet of living space available.

Hong Kong’s tight housing quarters have proven especially problematic for residents’ health during the pandemic, as it’s impossible to maintain a safe social distance in them. These homes, which can be as small as 60 square feet, often include shared bathrooms.

As the SCMP reported, the new development’s largest villa will be the same size as 180 flats in Taikoo Shing — a popular private housing complex — at its projected size.

According to a 2018 report from The Guardian that sourced data from independent research group Shrink That Footprint, the average apartment size in Hong Kong is 484 square feet. The new Evergrande Group development villa could fit as many as 506 average-sized Hong Kong apartments by this measure.