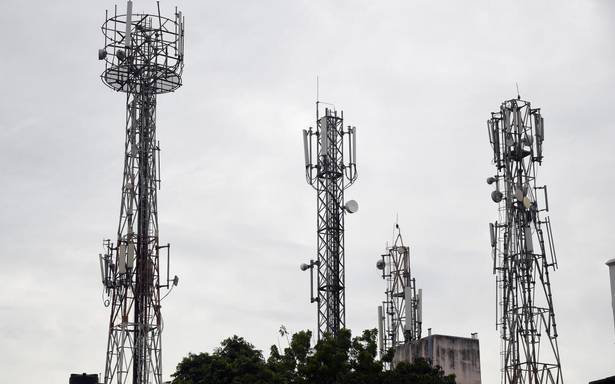 Why was an auction needed now? Wasn’t this for the 5G rollout?

The story so far: Tuesday saw the end of India’s first auction of telecommunications spectrum in five years, with the government generating a revenue of ₹77,815 crore from the exercise. Mukesh Ambani-led Reliance Jio accounted for close to 60% of the spectrum bought, followed by Bharti Airtel and Vodafone Idea. On offer was over 2,308 megahertz (MHz) of spectrum valued for the auction by the government at ₹3.92 lakh crore, and bids were successfully received for 37% or 855.6 MHz. The auction lasted less than two days.

How has the industry been since the last auction?

A lot has changed in the industry since 2016, when the previous auction took place. The participants then included Tata Teleservices, Idea Cellular, Reliance Jio, Bharti Airtel, Vodafone India, Reliance Communications and Aircel.

In the last few years, there has been a consolidation in the industry, as a result of which there are only three major players now — Reliance Jio, Bharti Airtel and Vodafone Idea. An IIFL Securities report last December suggested that Jio and Bharti Airtel are, by increasing their market share, shaping the industry toward “a near two-player structure”. On the other hand, Vodafone Idea, it said, is struggling financially.

In recent years, while the user base has grown, the industry itself has witnessed unforeseen financial stress in the form of an important court case against it. The reference is to the Supreme Court verdict last September that ordered telecom players to share revenues coming from even non-telecom services with the government. It gave telecom companies 10 years to pay their adjusted gross revenue (AGR) dues to the government, with 10% of the dues to be paid by March 31, 2021. Vodafone Idea and Bharti Airtel were the worst-hit by this order.

Why was an auction needed now?

All three players needed to renew some of their spectrum as the validity was set to expire later this year.

Wasn’t this for the 5G rollout?

What do these bands stand for?

To explain this, we have to begin with the term ‘spectrum’, which, in this context, stands for the portion of the electromagnetic wave range that is suitable for communication purposes. As this is a huge economic resource, which also provides unimaginable benefits to any population, it is controlled by the government.

Industry organisation GSMA, a body that represents the interests of mobile operators worldwide, says in its blog that one slice of this spectrum is not the same as another slice. The difference is in terms of the frequency of these waves (the number of times the waves repeat themselves in a second). It says, “Spectrum bands have different characteristics, and this makes them suitable for different purposes. In general, low-frequency transmissions can travel greater distances before losing their integrity, and they can pass through dense objects more easily. Less data can be transmitted over these radio waves, however. Higher-frequency transmissions carry more data, but are poorer at penetrating obstacles.”

In this context, hertz is a measure of the number of cycles per second, and 1 megahertz stands for 1 million hertz. Telecom providers cover their bases by using both low and high-frequency bands.

Who bought what in the auction?

Reliance Jio was the biggest spender in the auction. It shelled out ₹57,122 crore, just over 60% of which was to acquire spectrum in the 800 MHz band, according to a report by Edelweiss. It spent the remaining on 1,800 MHz and 2,300 MHz bands.

Vodafone Idea, the report said, “was the most conservative of the lot”. It used almost two-thirds of its ₹1,993-crore spend on the 900 MHz band. It spent the remaining on the 1,800 MHz band. The spectrum will be assigned to bidders for a period of 20 years.

How do analysts view the auction strategy of these three companies?

Though the auction is largely seen as an opportunity to renew expiring spectrum, analysts say Reliance Jio’s “higher-than-expected” spend is an attempt to improve network experience. The Edelweiss report says Reliance Jio could have gone for it because “in recent quarters, Bharti Airtel has onboarded a disproportionately higher share of smartphone subscribers leveraging its superior network”. Vodafone Idea’s low-key presence in the auction is linked to its balance-sheet constraints. It is also likely that the players are preserving their resources for the upcoming 5G era.

Why did the 700 MHz band have no takers?

The 700 MHz band, as also 1,800 MHz, 2,100 MHz, and 2,300 MHz bands, are seen playing an important role in the 5G rollout (the fifth generation of mobile networks that promises to connect everybody as also everything much faster and at much lower latency). The 700 MHz band was not expected to find any takers given its prohibitive floor price. Some see this as an opening for the government to scale down the reserve price when it comes up for bidding in future. What an ICICI Securities report called the “king” in 5G, the C-band, which is the band between 3,300 MHz and 4,200 MHz, was not on offer in this round of auctions.

How did this auction compare to the last round?

The government said the revenue generated by the auction has exceeded its expectations, which was about ₹45,000 crore, according to Telecom Secretary Anshu Prakash. The expectations were low because of the economic downturn caused by the COVID-19 pandemic and the fact that the top three telecom players were looking to renew expiring spectrum and consolidate holdings in select bands.