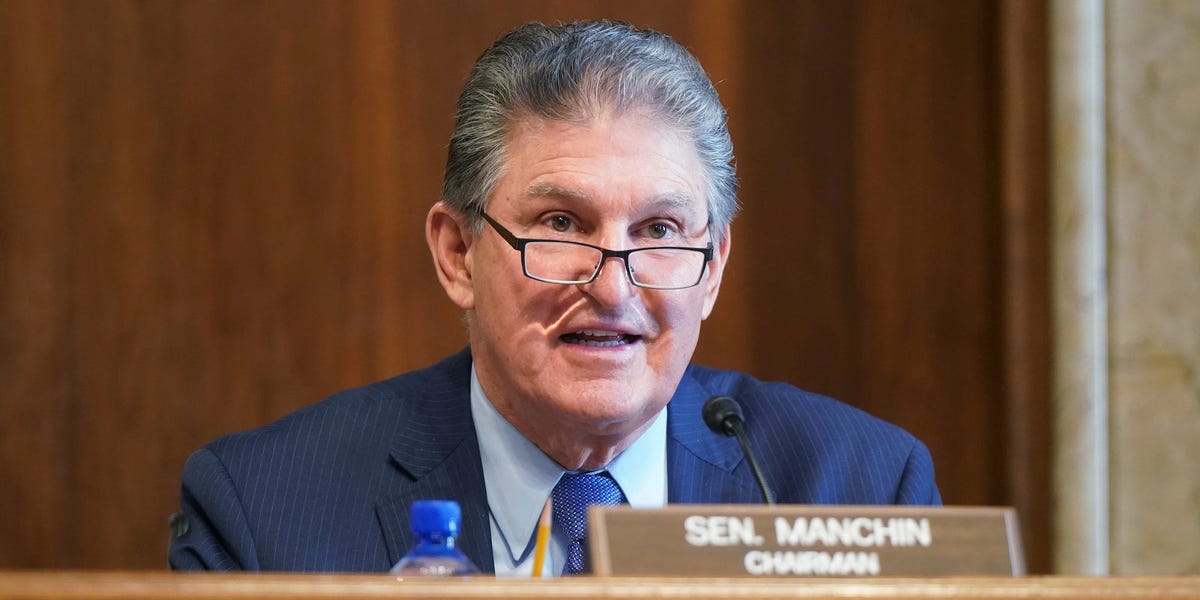 Sen. Joe Manchin of West Virginia said he would not support an infrastructure bill that Republican support, a potential blow to early Democratic efforts to capitalize on the passage of $1.9 trillion stimulus bill.

In an “Axios on HBO” interview on Sunday, Manchin — a moderate Democrat who opposed a minimum wage increase in the stimulus bill — said Democrats needed to work more with Republicans. Nevertheless, Manchin voted with the rest of his party to pass the package almost entirely intact, and President Joe Biden is set to sign the bill within days.

It passed the Senate on Saturday with zero Republican votes, reflecting their strong opposition to the plan’s size and scale.

Manchin argued on Axios that it would have been possible to get some Republicans to support the relief package if Democrats had been willing to compromise. Instead,  they opted to circumvent the GOP using a tactic called reconciliation, a path to enact certain budgetary bills with a simple majority of 51 votes.

Of a follow-up recovery plan, he said, “I’m not going to do it through reconciliation. I am not going to get on a bill that cuts them [Republicans] out completely before we start trying.”

Manchin has also previously spoken out  about his opposition to scrapping the filibuster, another Senate rule that effectively prevents bills from passing with fewer than 60 votes.

The West Virginia Democrat is poised to wield significant influence in a 50-50 Senate. His opposition to a new provision on unemployment insurance in the stimulus plan held up Senate activity for hours on Friday while Democrats scrambled to cut a deal and get his support.

Democrats hold only a one-vote majority because of the tie-breaking power of Vice President Kamala Harris. Any Democratic defections would torpedo the legislative push.

The follow-up bill could be as large as $4 trillion, Manchin said, as long as it’s paid for by raising corporate taxes to at least 25% and repealing many of Trump’s tax cuts for the wealthy. The Biden economic platform included a plank to hike corporate taxes to 28% from its current level of 21%.

However, Rep. Peter DeFazio, chair of the House Transportation in Infrastructure Committee, floated the idea of using reconciliation methods to finance parts of the next infrastructure bill on a CNBC interview. He later indicated the president wanted to move aggressively on an economic recovery package.

“[Biden] wants to move as quickly as possible,” DeFazio told reporters after a March 4 meeting at the White House. “He wants it to be very big and he feels that this is the key to the recovery package.”

Republicans are pressing to be included in infrastructure talks

Republicans are also pressing to be included in negotiations to craft the legislation. Rep. Sam Graves, the ranking GOP member of the House Infrastructure panel, said in a statement the bill “cannot be a ‘my way or the highway’ approach like last Congress.”

The Biden administration has been adamant, though, that plans for the next spending bill won’t be revealed until after the stimulus bill is passed.