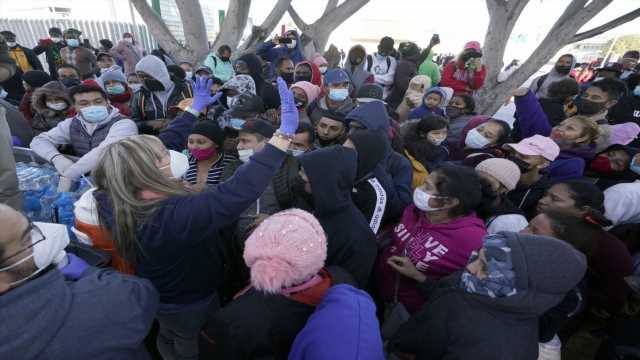 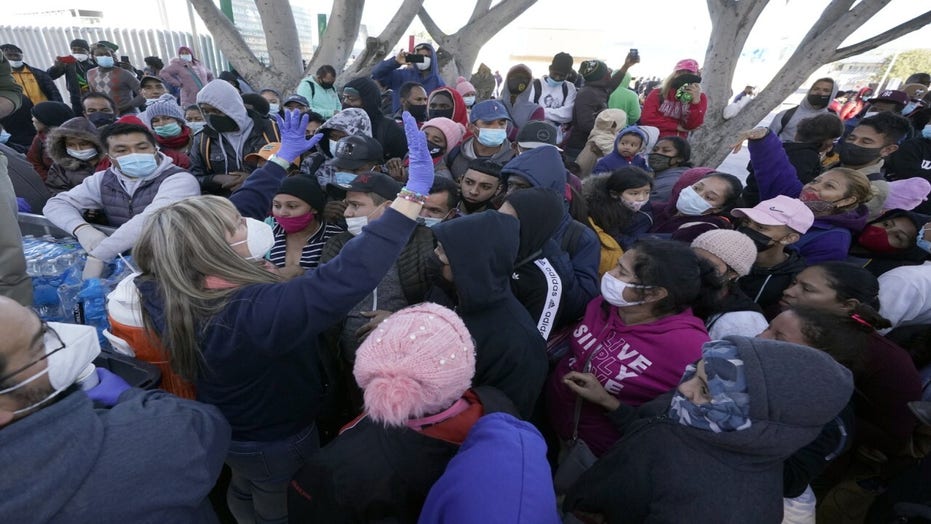 The Biden administration is set to release new border numbers this week, figures expected to show a wave of migration crashing down on the southern border in recent weeks R12; just as the Department of Homeland Security  (DHS) is urging its staff to volunteer to help with what it admits are “overwhelming” numbers.

Customs and Border Protection (CBP) is expected to release its February numbers, including apprehensions of migrants at the border, on Wednesday. Two sources familiar with the numbers told Fox News that apprehensions are expected to be around 100,000, up from 78,000 in January.

The numbers are the latest sign that the surge in migrants risks turning into a tidal wave by the time peak migration season hits later this year. In the 2019 border crisis, the height was in May when agents encountered 144,000 migrants. In February that year, apprehensions were at 76,000 and 57,000 in January.

If numbers reach or exceed those 2019 figures, it will further ramp up pressure on the administration and add fuel to accusations from Republicans that Biden has created a self-inflicted border crisis by slashing Trump-era policies and incentivizing migrants to make the journey north by signaling the border is open.

The administration has ended policies like the Migrant Protection Protocols (MPP) which kept migrants south of the border while waiting for their hearings — as well as asylum agreements with Northern Triangle countries. It has also narrowed Immigration and Customs Enforcement (ICE) priorities for arrests and deportations. Meanwhile, the White House has proposed a sweeping immigration bill that will grant a pathway to citizenship for millions of illegal immigrants.

“We are dedicated to achieving and, quite frankly, are working around the clock to replace the cruelty of the past administration with an orderly, humane, and safe immigration process,” DHS Secretary Alejandro Mayorkas said last week at a briefing. “It is hard, and it will take time.  But rest assured, we are going to get it done.”

That warning appears to have been shrugged off by many migrants, who have indeed moved north at a dramatic pace. As numbers surge, CBP has resorted to releasing migrants into the interior as it faces not only increased numbers, but also a refusal by Mexico to take back families with children — as well as challenges related to the COVID-19 pandemic. 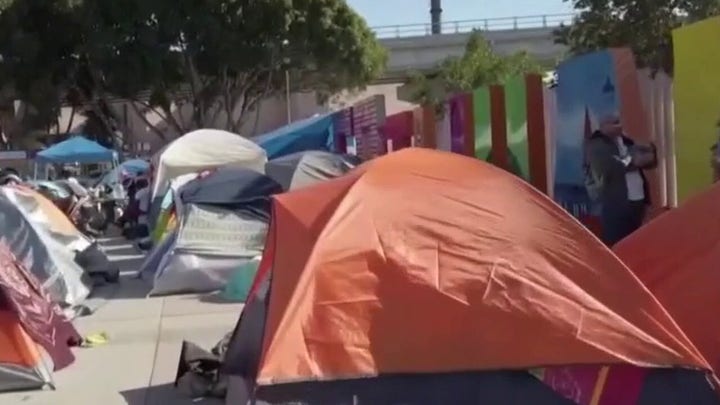 As part of the effort to cope with the numbers, the Biden administration has been opening migrant centers to deal with the surge in families and unaccompanied children (UACs) at the border.

It has also told child migrant centers they can open to full capacity, after having only allowed up to 50 percent opening due to the coronavirus pandemic. Meanwhile, Health and Human Services confirmed last week that it is looking at opening a Virginia military base to cope with the influx of migrant children.

A senior DHS official confirmed to Fox News that the number of migrant children in custody along the border has tripled in the past two weeks to more than 3,250 and that more than 1,360 have been held for longer than the allowed three days. The numbers were first reported by The New York Times.

Last week, Mayorkas denied there was a crisis at the border.

“I think that the — the answer is no. I think there is a challenge at the border that we are managing, and we have our resources dedicated to managing it,” he said.

However, this week, he took a different tone when telling DHS staff he was activating a “Volunteer Force” to help with what he described as an “overwhelming” surge in migration.

“Today, I activated the Volunteer Force to support Customs and Border Protection (CBP) as they face a surge in migration along the Southwest Border,” Mayorkas said in an email to staff on Monday, seen by Fox News.

“You have likely seen the news about the overwhelming numbers of migrants seeking access to this country along the Southwest Border,” he said. “President Biden and I are committed to ensuring our Nation has a safe, orderly, and humane immigration system while continuing to balance all of the other critical DHS missions.” 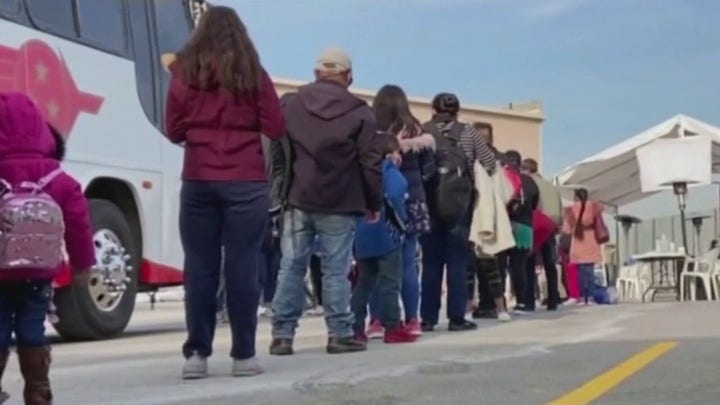 Volunteers will be used in a non-law enforcement capacity, with duties including managing property, preparing meals, doing supply runs, prescription medicine runs, housekeeping, and assisting in control rooms. Mayorkas noted that the force had been used in 2019 during the border crisis in the spring and summer.

Republicans, meanwhile, are insisting that there is a clear link between the liberalizing of border policies by the young administration and the escalating crisis, and are seeking to zero in on what they describe as a “messaging gift.”

The Republican Study Committee circulated a memo to members on Monday that urged members to draw a direct line between the crisis and the new policies.

“Over the next few months, Americans will watch the crisis on our border worsen. They will see the consequences of the radical left’s recklessness in real time,” the memo said.