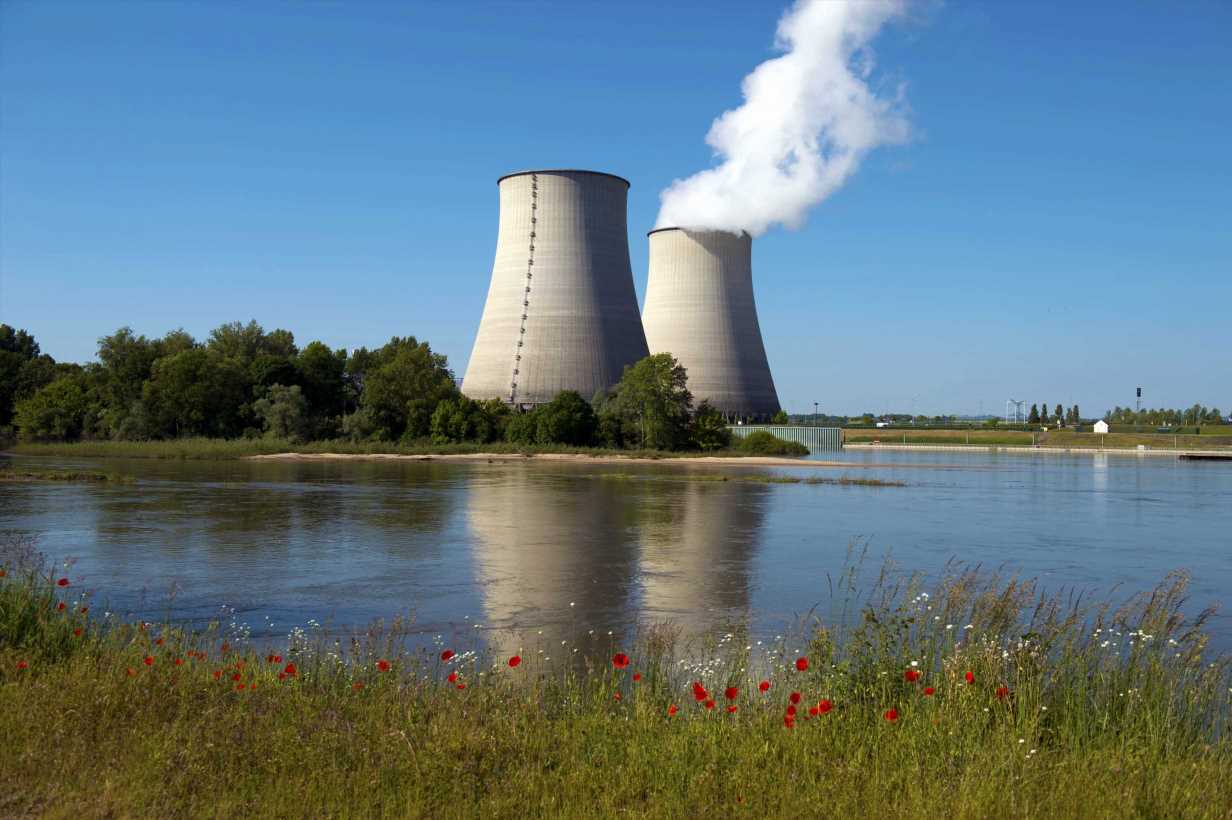 France is recognized for being a hotbed of culture, gastronomy and style. The country is also something of a world leader in another field: nuclear power.

According to the International Atomic Energy Agency, France is home to 56 operational nuclear power reactors, second only to the U.S., which has 94.

Together, these French facilities have a combined capacity of 61,370 megawatts (MW). And when it comes to nuclear's share in French electricity production, the IAEA says it was 70.6% in 2019, the highest in the world.

Below, CNBC's "Sustainable Energy" takes a look at the role nuclear could play in the energy future of both France and the wider world.

Peter Osbaldstone, a research director at research group Wood Mackenzie, told CNBC via email that France was "by far the largest nuclear power generator in Europe."

"The emissions intensity of French power is lower than its major neighbours, the market having a relatively small part of overall supply met by fossil fuels," he went on to explain.

"With low-marginal cost nuclear being so prominent in the mix, French wholesale power prices tend to be lower than in neighbouring markets as well," he added, going on to note that this factor also influenced end-user prices, which were also comparatively low.

Andrew Lever, a director at the Carbon Trust, an advisory firm, told CNBC that France had "enjoyed a low reliance on fossil-based power generation."

"Therefore, from a carbon reduction perspective, it is starting from a lower base point relative to other economies who are more reliant on fossil fuel-based generation," he added.

According to a translation of his remarks published by Reuters, Macron said the French nuclear industry would "remain the cornerstone of our strategic autonomy."

Macron's comments suggest France will continue its relationship with nuclear power long into the future, but change is nevertheless afoot. Indeed, by 2035 the government wants to cut nuclear power's share in its electricity mix to 50%. A mixed picture, then.

For his part, Wood Mackenzie's Osbaldstone said the 50% target did not mean the technology had fallen entirely out of favor, noting that in 2019 the French government had "instructed EDF to explore the possibility of constructing six new reactors across three sites." The utility, he added, was "due to respond by mid-2021."

The challenges of decarbonization

The International Energy Agency states that "nuclear power has historically been one of the largest contributors of carbon-free electricity globally" and adds that it also has "significant potential to contribute to power sector decarbonisation."

It should be noted, however, that while the IEA says it produces carbon-free electricity, many regard nuclear as a non-renewable source. This is because they argue uranium, the metal crucial to nuclear power generation, will eventually run out.

The Carbon Trust's Lever told CNBC that for any economy, the level of investment needed to decarbonize energy supply was "massive."

And while the cost of renewable technologies like solar photovoltaic and onshore and offshore wind had enjoyed "a substantial reduction," the same could not be said for "new nuclear" where there had "been a lack of consistent cost reduction."

"From a new build perspective, there are risks of delays in construction and cost management, which in turn present risks to the cost of transition and ultimately energy costs for consumers," Lever said.

"In addition, potentially high decommissioning and waste disposal costs mean a key risk in the future is that nuclear becomes a relatively expensive and unsustainable technology relative to renewable based alternatives."

France looks set to maintain a close relationship with nuclear power going forward, but its neighbor Germany is taking a different route.

In response to the Fukushima disaster of 2011, when a powerful earthquake and tsunami resulted in a meltdown at Japan's Fukushima Daiichi nuclear power plant, Chancellor Angela Merkel's government developed plans to shut down the country's nuclear plants by the end of 2022.

While Macron appears to be backing nuclear, it goes without saying the technology is not favored by all.

Critics include Greenpeace. "Nuclear power is touted as a solution to our energy problems, but in reality it's complex and hugely expensive to build," the environmental organization's website states.

"It also creates huge amounts of hazardous waste," it adds. "Renewable energy is cheaper and can be installed quickly. Together with battery storage, it can generate the power we need and slash our emissions."

As governments around the world look to move away from fossil fuels and toward renewable sources of energy, the debate surrounding nuclear power's role in the planet's energy mix will continue.

Is then, the transition away from fossil fuels to renewables possible without nuclear?

"Any low-emissions source, like nuclear, can of course play a role in the energy transition," Wood Mackenzie's Osbaldstone said, before going on to outline some of the challenges ahead.

"However nuclear new-build costs are high, the technology requires strong political support and regulatory frameworks in host countries," he added, explaining that generators were "typically large and relatively inflexible in operation — these features reduce the number of possible applications for nuclear."

New tech including small modular reactors, or SMRs, "could go some way to addressing these shortcomings, potentially opening up a larger role for the source. But SMRs remain very much on the drawing board at the moment."