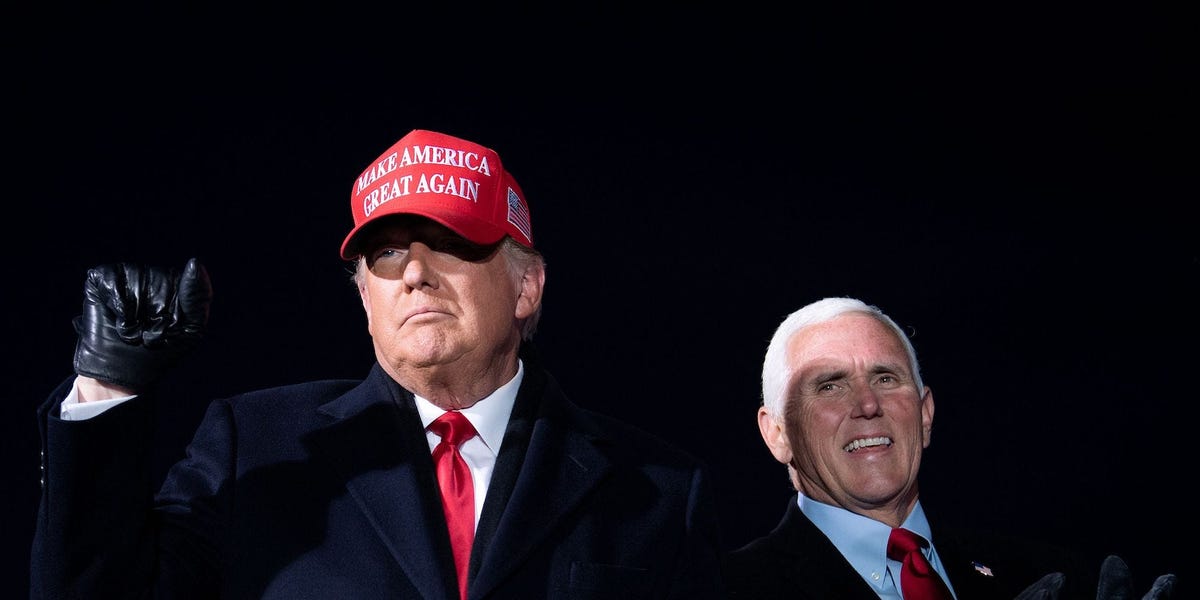 The road to the White House is not for the faint of heart, certainly not when hitching a ride with Donald Trump.

But with the former president effectively locking down the 2024 Republican nomination process until he announces whether he’ll seek a second term, becoming Trump’s running mate may be the best for which a big group of ambitious Republicans can ever hope.

If he chooses to run — a decision that could still be a year or two away — Trump is expected to ditch former Vice President Mike Pence and seek a woman or a minority candidate to bolster his image, advisors told Insider this week.

But a presidential ticket sometimes coalesces under strange political conditions, whether it stems from a busted tire on a campaign plane, which helped secure Pence’s spot with Trump, or an impulsive urge to balance out the candidate’s age, which landed then-Alaska Gov. Sarah Palin with 2008 nominee John McCain.

And if Trump’s history in business and politics is any guide, his only calculation for selecting a running mate would be winning.

Even in defeat, the political riches for a Trump 2024 running mate could be great: incessant attention, a launchpad for a 2028 presidential run. But the peril could be incalculable if Trump wins — you need only to remember the events of January 6.

Here are five kinds of vice presidential possibilities — based on Insider interviews with Trump advisors and Republican strategists from across the ideological spectrum on the right — who might ride the Trump Train through 2024.

5. Former Vice President Mike Pence: back to the future 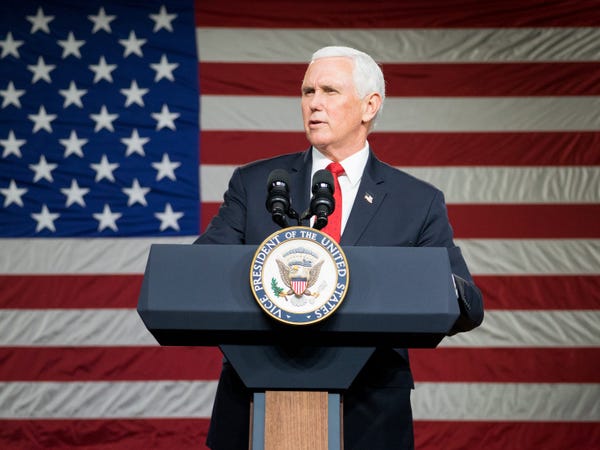 A reunion ticket seems about as unlikely to happen as Trump apologizing to Pence for what happened on January 6, when a mob of Trump supporters hunted for Pence inside the US Capitol.

And yet, Trump’s and Pence’s top two advisors, Jason Miller and Marc Short, respectively, have said both men talk regularly and that everything is … OK.

Pence still has all the makings of a candidate in 2024. He’s stepped out in public more recently. He maintains a deep well of support among social and religious conservatives who voted for Trump in 2020. And while Pence refused to personally block the US Senate’s certification of states’ presidential electoral votes on January 6, no other elected official has shown Trump such fealty during the past four-plus years.

“Doesn’t that buy you anything in Trump’s world?” one veteran Republican strategist said of Pence’s unflinching loyalty to Trump.

But Pence is also patient and has had his eyes on the White House for well more than a decade now. And at 61 years old, Pence is young enough that he could feasibly run for the White House in 2028 or 2032. (President Joe Biden is 78.)

The bigger question is whether Pence could endure another four-year dance with Trump.

Pence’s value to Trump is clear: he’s a bridge to both the party’s billionaire donor class and its social conservative stalwarts. But Trump could just as easily find the same qualities in plenty of other Republicans, from Sen. Rick Scott of Florida to Sen. Ron Johnson of Wisconsin. 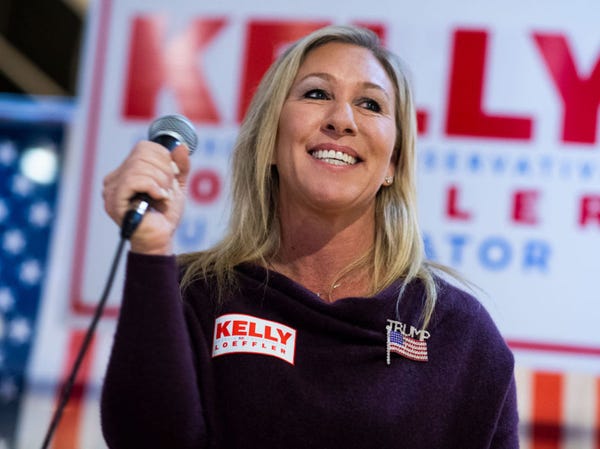 Trump’s love for television is legion.

And now, the former president has more time than ever to soak in the cable shows. People seeking an audience with Trump have often used cable news to appeal directly to him. In 2016, Trump son-in-law Jared Kushner and daughter Ivanka Trump wanted to pick Newt Gingrich to run with Trump because he appeared regularly on Fox News and was a familiar face to Trump.

So who will catch Trump’s TV eye in 2024? One strategist suggested it’ll be someone among a new generation of hard right bomb-tossers, such as QAnon icon Rep. Marjorie Taylor Greene of Georgia.

But would another TV star or far-right crusader add anything to a Trump 2024 ticket?

As Trump’s advisors in 2016 told him when he was eyeing former New Jersey Gov. Chris Christie and Gingrich: “You already got one pirate on the ship, you don’t need two.”

Their point: Trump doesn’t need an attack dog or attention grabber when Trump himself fills those roles. 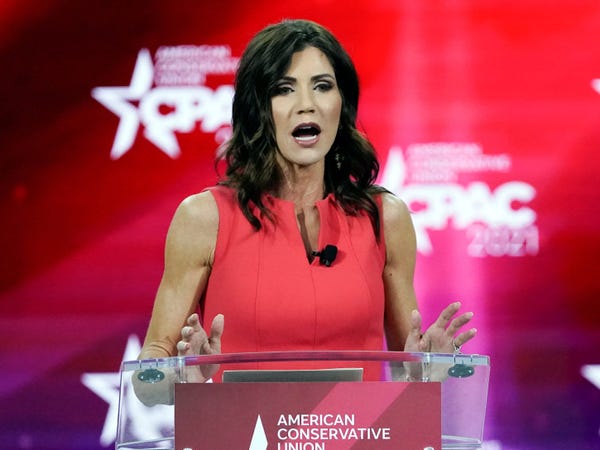 Two of the stars Republican White House watchers are keeping tabs on: Govs. Kristi Noem of South Dakota and Ron DeSantis of Florida. But the GOP is rife with other ambitious governors who could emerge as possible Trump running mates, including presidential aspirants in Gov. Greg Abbott of Texas, and a Trump favorite, Gov. Henry McMaster of South Carolina.

If Trump blocks their paths for the 2024 presidential nomination, then four years with Trump could be an attractive consolation prize.

They could make the same gambit that Pence and his team did in 2016: Bet that Trump would lose, then vault to the front of the pack for 2020. Pence did not win that bet. 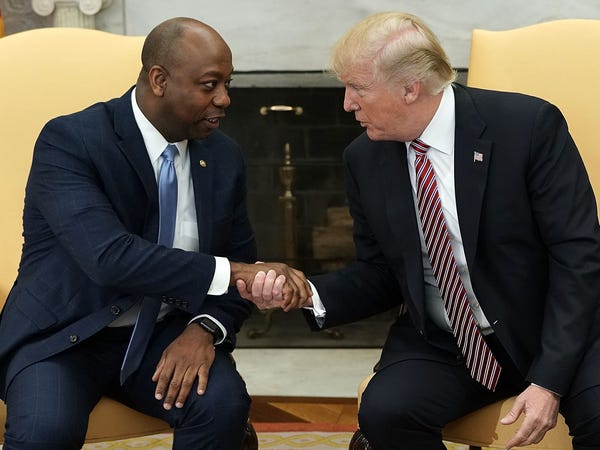 Trump and his team have highlighted how Trump increased his support from Black and Latino voters, even if he still lost both groups handily to Biden and the Democrats.

Some Republicans argue that Trump could attract even more support from racial and ethnic minorities if he ran in 2024, particularly if he tapped a nonwhite or Latino running mate.

Sens. Tim Scott of South Carolina and Ted Cruz of Texas were floated as two options by one strategist. Conservative social media influencer Candace Owens was also suggested as possibly.

And Trump’s advisors have pondered pairing Trump with a rising-star woman on the right for years. Remember speculation that Trump might dump Pence in favor of former UN Ambassador Nikki Haley?

“You need somebody who has a little bit different background, not the old white guy,” one Trump advisor said.

1. All In: a Trump family member 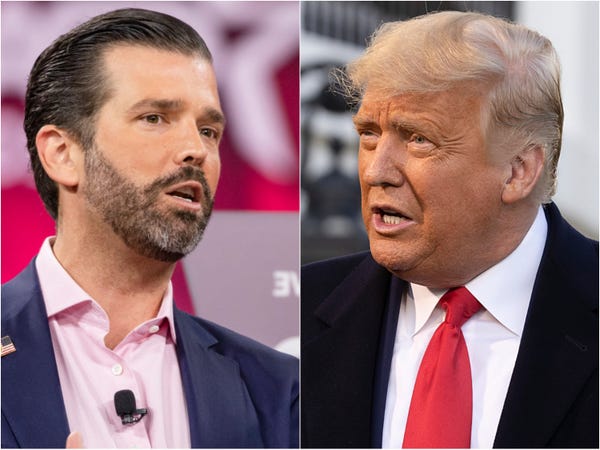 Trump and his oldest children have been teasing the idea of a dynasty for years. But the only Trump to ever appear on a ballot remains Trump himself.

Trump daughter-in-law Lara Trump appeared to be eyeing a run for the opening US Senate seat in North Carolina, but Republicans close to Trump say that is unlikely.

This has left politicking squarely in the hands of Donald Trump Jr. and his girlfriend, Kimberly Guilfoyle. Republicans around the former president have regularly floated Trump Jr. as a potential White House candidate himself.

But one strategist wondered if Trump wouldn’t just pick his own son as a way of passing down the crown.

Trump flirted with the idea of selecting his own daughter, Ivanka, as his running mate in 2016. It took then-campaign chairman Paul Manafort weeks to convince Trump that it would look bad to pick his own daughter to become the vice president if he won.

While different members of the same family have become president — Bushes, Roosevelts, Harrisons, Adamses — no major presidential candidate has ever run on a ticket with a close relative.

Not that historical precedent has ever stopped Trump.