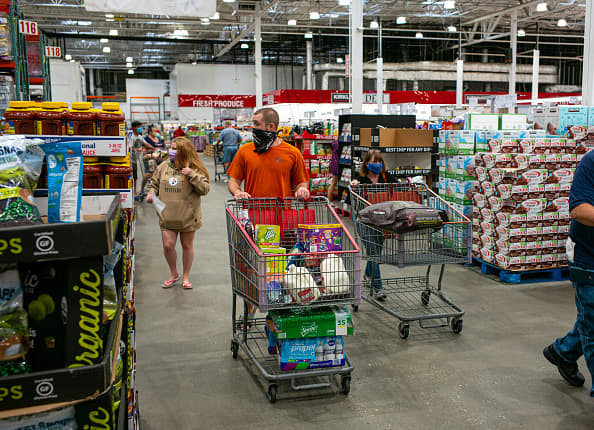 According to Achuthan's proprietary data, the U.S. is already in the grip of inflation.

"It is not transitory. It's cyclical," the Economic Cycle Research Institute co-founder told CNBC's "Trading Nation" on Wednesday. "The underlying trend regardless of the narratives is going to remain to the upside."

Achuthan uses a chart of the 10-year yield to back up his bullish inflation call. It shows yields over the past five years and includes when he made inflation cycle upturn and downturn forecasts.

"Six months ago we had an upturn call in the inflation cycle which joined with the earlier business cycle recovery call," said Achuthan, whose time horizon looks out several months.

On "Trading Nation" in October, Achuthan warned inflation was making a "pervasive and persistent" comeback. At that time, the 10-year yield was still firmly below 1%. But Achuthan had detected a material change in the future inflation gauge.

His latest forecast suggests there's no relief in sight. Any breathers, according to Achuthan, should not be taken as a signal that rates have peaked.

"You have an upturn call just as we had in the summer of '16, which is the left-hand side of the chart," said Achuthan. "You can see those have some staying power, and regardless of the headline narratives, they persist."

His key question now is when rates will turn down — not how high they will go.

"The 10-year yield has actually tripled from really low levels since last summer," Achuthan said. "To put it in perspective, that's a bigger move than the 2013 taper tantrum."