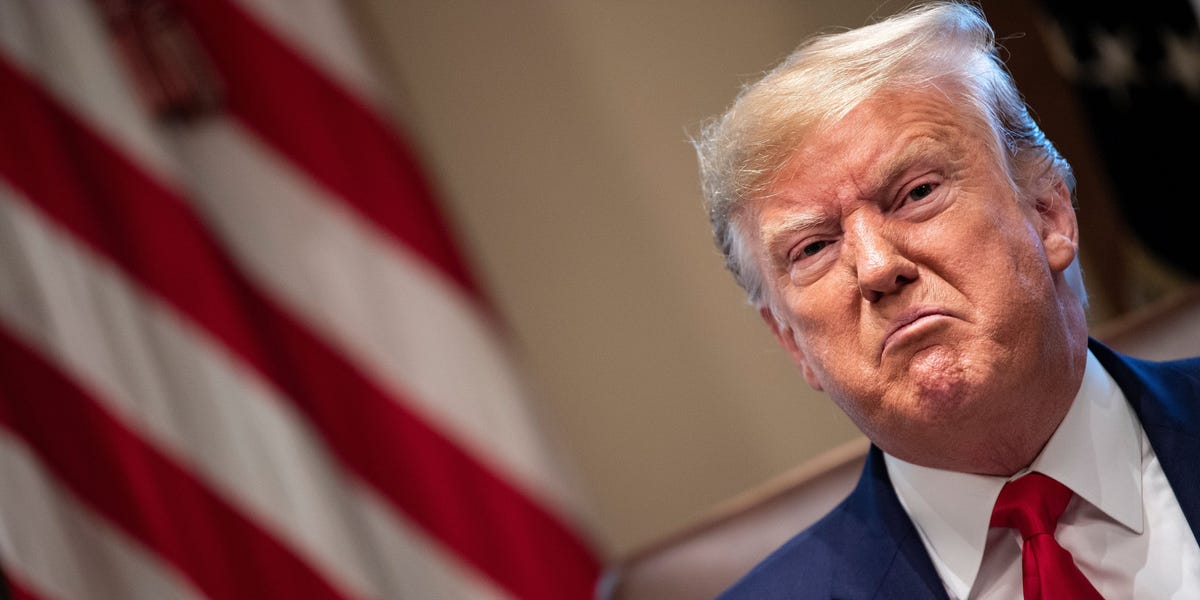 After a months-long battle with Donald Trump over his closely held tax returns, the Manhattan district attorney’s office may finally be in the end stages of its wide-ranging investigation into the former president’s financial dealings.

Trump has repeatedly refused to release his tax returns. But in February, prosecutors notched a major victory when the Supreme Court forced Trump to hand over thousands of pages of his financial information to the DA’s office.

The DA’s investigation is examining whether Trump or his businesses falsely reported the value of properties for tax and loan purposes, which would violate New York law. In the weeks since prosecutors obtained his financial records, the investigation has ramped up significantly, according to media reports and two former prosecutors who spoke to Insider.

“They mean business now,” one source told The New Yorker’s Jane Mayer. The person believed Manhattan district attorney Cyrus Vance Jr.’s investigation had stagnated while Trump was in office and prosecutors were fighting a court battle to get his taxes. But now, the source told Mayer, prosecutors’ questions have become “very pointed — they’re sharpshooting now, laser-beaming.”

The clues are there. Vance announced Friday he wouldn’t run for re-election. The move was widely expected, since Vance, who held the DA post since 2010, hasn’t raised funds ahead of this summer’s primary. His final day will be in December, and a former top deputy told Insider he believes Vance will want to make charging decisions before he leaves.

“Vance started the investigation,” Daniel Alonso, now a partner at Buckley LLP, told Insider. “I’m sure he is absolutely pressing to have a decision made on whether to prosecute anyone, whom to prosecute, and for what charges, by the end of the year.”

Jeffrey Cramer, a longtime former federal prosecutor who spent 12 years at the Justice Department, echoed that view and told Insider it wasn’t surprising that the investigation’s pace picked up after the Supreme Court ruling.

“You need documents and tax records to prove these cases. That’s how they rise and fall,” he said. “It’s not witness testimony and emails; those things give context to the money. But this case is all about following the money, so it comes down to the tax records, which prosecutors now have full access to.”

Representatives for Trump and the Trump Organization didn’t immediately respond to Insider’s request for comment for this story.

Vance is likely personally involved in the details of the Trump investigation, according to Alonso. Eight candidates are vying to be his successor, though, and Alonso said there’s “significant concern” in New York’s legal community that not all of them are “qualified to oversee a case of this magnitude.”

While virtually all of the candidates have criticized Trump at one point or another, they have mostly focused on local affairs in their campaigns. At a candidate forum in January, they demurred when asked how they’d handle the Trump case and largely avoided injecting political considerations into it.

In the meantime, Vance has set up an experienced team of white-collar prosecutors, including several of his own top officials. He also made the unusual decision in February to hire Mark Pomerantz, a former federal prosecutor who worked on organized-crime cases before joining the law firm Paul, Weiss as a white-collar criminal defense lawyer.

“The team was in very good shape,” Alonso said of Vance’s office. “But the fact that Pomerantz agreed to come into the case strikes me as an indication that there is definitely something substantial there to investigate.”

In November 2019, Mother Jones published an investigation that found that Trump might have fabricated a loan to avoid paying $50 million in income taxes. And The New York Times reported in 2018 that Trump used a series of dubious tax schemes to shield a $413 million inheritance from the IRS.

In 2019, an IRS whistleblower came forward and alleged that there were “inappropriate efforts to influence” the agency’s mandatory audit of Trump’s taxes. And late last year, The Times published another bombshell investigation showing that Trump paid just $750 in income taxes in 2016 and 2017. 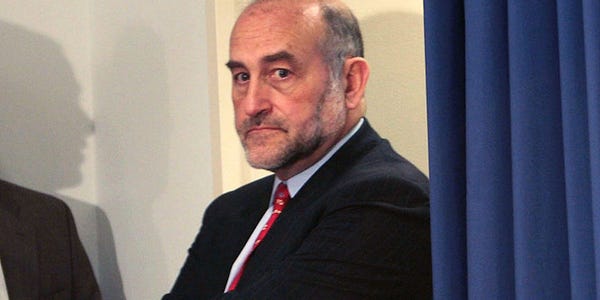 Cramer pointed to Pomerantz’s previous experience prosecuting organized crime cases — he secured the 1999 conviction of the mob boss John Gotti’s son — and said it could prove particularly useful to Vance’s office as it scrutinizes the Trump Organization.

“Obviously Trump wasn’t running an organized crime outfit. But there are some similarities, depending on how the enterprise, which is the Trump Organization in this case, was structured,” Cramer said.

He noted, however, that Pomerantz’s main value likely lies in his private sector experience.

That said, Alonso cautioned that Vance may choose to not bring charges against Trump at all.

“In investigations of accounting fraud, usually prosecutors suspect, and might even believe, that the CEO has the requisite knowledge and intent, but can’t always prove it,” Alonso said.

The precise scope of Vance’s investigation is unclear, but court filings suggest the office could be examining whether Trump and the Trump Organization broke New York state tax laws by manipulating property values to obtain favorable tax rates and loan terms. 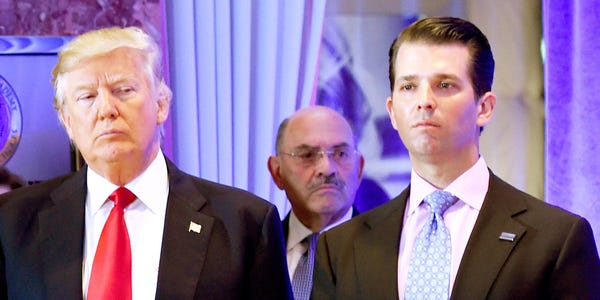 Now that the Supreme Court has cleared the way for prosecutors to get Trump’s taxes, investigators have access to a potential treasure trove of information about the complex world of Trump’s business activities.

The tax returns themselves, as well as the communications about them, are at the very heart of the probe. Vance hired FTI, a forensic accounting firm, to help pore over the data. Alonso said it could take some time.

“In the main part of the investigation, which is about valuations and about potential tax, bank, and insurance fraud, from what we know in the public record, they need to analyze those millions of pages of documents that they picked up from Mazars,” Alonso said, referring to Trump’s accounting firm. “That’s not something that’s done overnight.”

By the end of the investigation, Alonso said, prosecutors will have a variety of paths to choose from depending on what they find.

“If they can’t prove this case beyond a reasonable doubt, they shouldn’t be charging,” he added.

In other parts of the investigation, prosecutors appear to be dotting I’s and crossing T’s.

Ralph Mastromonaco, an engineer who worked on Trump’s Seven Springs estate in upstate New York — the valuation of which is under scrutiny from prosecutors, according to the Wall Street Journal — was subpoenaed by Manhattan prosecutors in recent weeks. But he told Insider that everything he supplied to prosecutors was already in the public record and filed with the local township of Bedford. 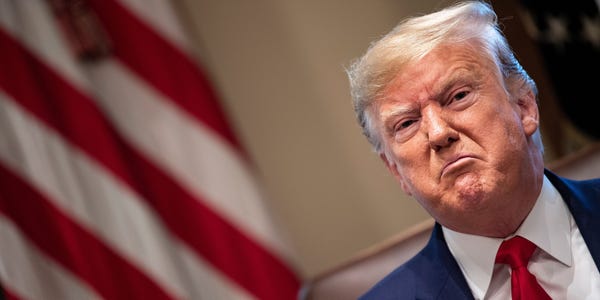 Dean based his observation on a Reuters report that said Trump’s former lawyer and fixer, Michael Cohen, was going to meet with Manhattan prosecutors for the seventh time.

Cohen pleaded guilty to several felonies stemming from investigations into Trump by the Manhattan US attorney’s office and the special counsel Robert Mueller. He testified to Congress in 2019 that Trump repeatedly inflated or deflated the value of his assets for loan and tax purposes, respectively, and he has extensively cooperated with prosecutors.

In a Friday morning tweet, Dean wrote that based on “personal experience as a key witness I assure you that you do not visit a prosecutor’s office 7 times if they are not planning to indict those about whom you have knowledge. It is only a matter of how many days until DA Vance indicts Donald & Co.”

Cramer emphasized that the precise timeline of the DA’s investigation is still hard to gauge.

“But when the Manhattan DA’s office has your tax returns and they’re bringing in hired guns like Pomerantz who specialize in this type of work,” he said, “You’d better grab yourself some good lawyers.”