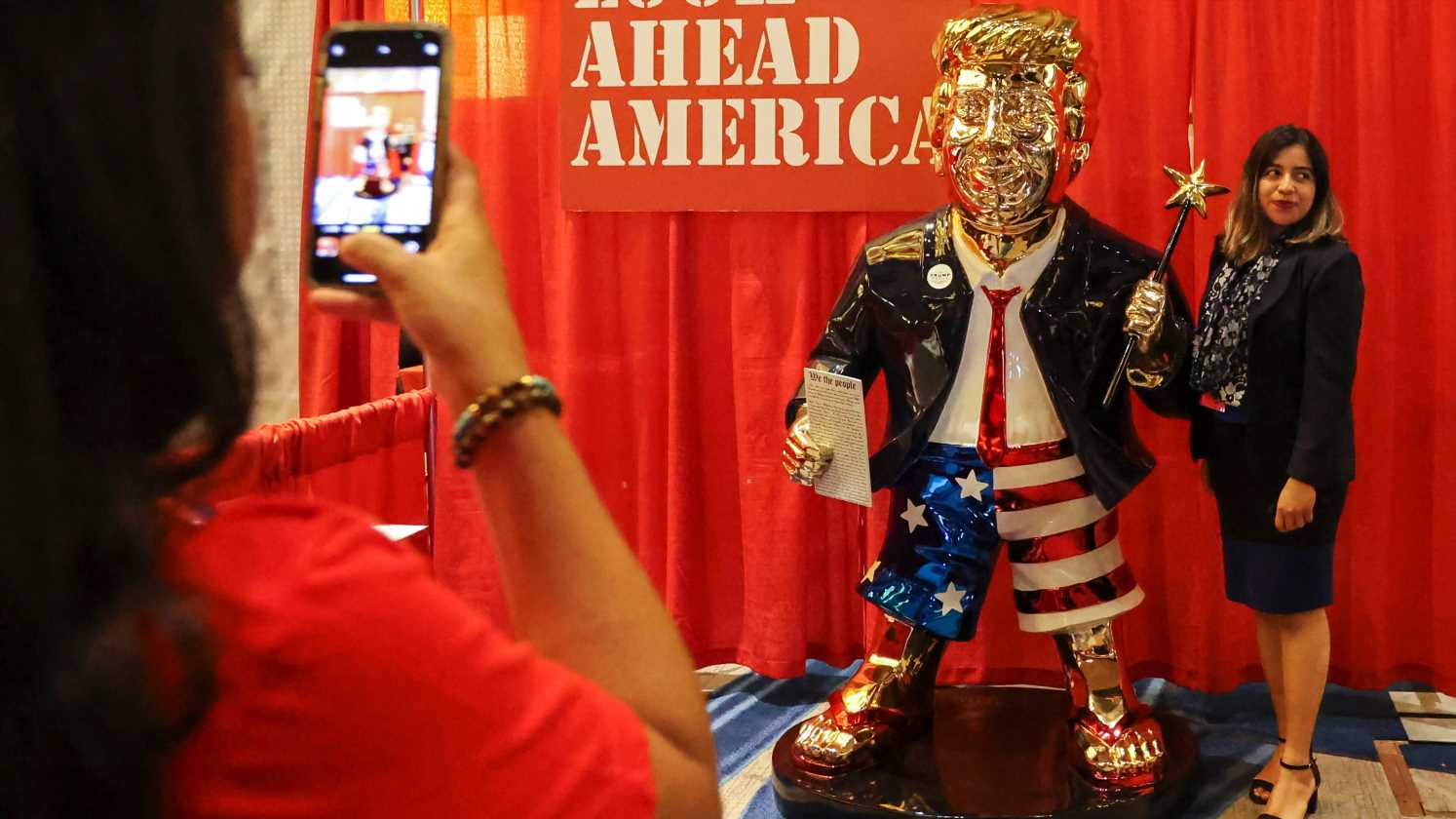 You might think of folklore as a world of fictional characters from old stories and Disney cartoons, but in American folklore one finds legendary characters grounded in real people. Historical folk figures from Johnny Appleseed to Daniel Boone, and from Babe Ruth to Elvis Presley, are known to Americans as much by apocryphal stories as by their actual deeds. Will Donald Trump join this pantheon?

After the ransacking of the Capitol, Trump left the White House and was exiled by Twitter with a sigh of good riddance from many. Yet Trump’s “golden” presence and reception at CPAC, the Conservative Political Action Conference, suggest that he will not soon fade away. His future on the American scene taunts both Democrats and Republicans. Democrats perplex over the persistent enthusiasm of Trump supporters. Republicans agonize over a possible run in 2024, or worse, though he says he won’t do it, the still possible formation of a Trump-led third party. Without a doubt, Trump elicits both abhorrence and affection.  And without a doubt, he is a cultural force.

The thought of Trump as an American folk hero may distress those eager to consign him to oblivion, but he already exhibits some of the credentials necessary for admission into the body of American folklore. To begin with, mythical actions and words attributed to Trump proliferate on the Internet, ranging from claims that he refers to himself as the “second coming of God” and the “chosen one,” to stories that he paid off the mortgage of a passing motorist who fixed a flat tire on Trump’s limo.

A woman takes a photo with a golden Donald Trump statue at the Conservative Political Action Conference on Feb. 26, 2021, in Orlando, Fla. (Photo: Sam Thomas, AP)

To millions, Trump stands as a hero against socialism, immigration, multiculturalism and the deep state. When he called for his followers to join him in disrupting the ceremonial presidential election count, thousands flocked to the Capitol. And, while progressives may accuse Trump of crimes, his followers dismiss these accusations as persecution. In Trump, they see a hero with glamor, generosity and charisma, who sticks it to the “libs.”

There are also tricksters in folklore. The trickster is selfish, aggressive, amoral, a con artist and huckster. The trickster creates a world of illusion that takes in others, creates a corrupt social order, and dupes the gullible into believing the trickster’s promises. Think of American tricksters such as P.T. Barnum, Charles Ponzi (of the scheme that bears his name), and Bernie Madoff. Trump’s amorality, penchant for disruption, promotion of misleading narratives, false promises and unwavering selfishness place him squarely in the tradition of the trickster.

But, with Trump there’s a twist. The very behaviors that condemn him as a trickster to progressives are what glorify him to conservatives. To his followers, he’s a hero who is also a bad boy. When he flouts norms, tramples boundaries and excoriates his opponents by calling them names, his fans and followers respond with approval, “He says what I think,” and with affection, “I love Donald Trump.”

The combination of hero and trickster places the former president into a folk role that historian Eric Hobsbawm called the social bandit, a trickster who may be an outlaw but is also revered as a champion and perhaps even an avenger. Here he shares space with other tricksters who became folk heroes such as Jesse James, Al Capone, Bonny and Clyde, Butch Cassidy and the Sundance Kid. Trump appeals to his base precisely because he fulfills both roles — hero and trickster. And, it’s not about the facts. His status as a folk hero depends more on what people believe about him than on his actual record.

Mastio & Lawrence: Is Donald Trump a declining parody or a terrifying threat?

Most of us think of folklore as tales told around a campfire. But for Trump, his campfire is the Internet. Trump’s deeds are in his words, therefore he is perfect for an era of social media where stories reach millions in minutes and where narratives never die. And even as he is banned and suspended from platforms like Twitter and Facebook, it is through social media that his legend lives and spreads. So it should not surprise anyone that millions accept the myths surrounding him. And as long as they believe, Trump will speak for them and reign as a larger-than-life American folk hero. After all, it is believers who create the hero.