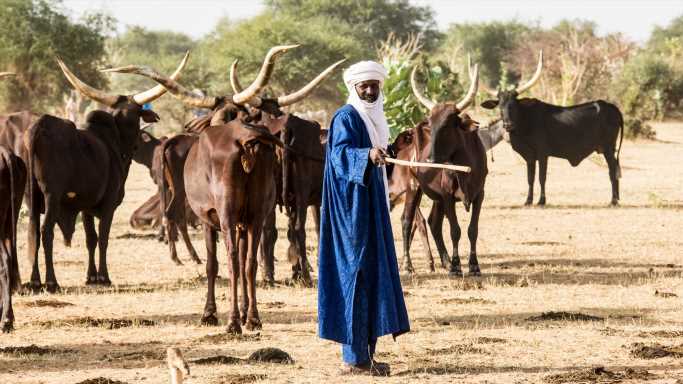 Maine-Soroa is in the southeast part of the country. It is just north of Nigeria and west of Chad, and it has a population of just over 10,000.

Most of the people in Maine-Soroa farm or raise cattle. This has become a challenge. The area faces “desertification.” This is defined as “the process by which fertile land becomes desert, typically as a result of drought, deforestation, or inappropriate agriculture.” The threat is not unusual. It exists throughout parts of central Africa, Australia, parts of the western United States, most of the nations between Saudi Arabia and India, and in southeast India as well.

The area was plagued by violence just a few years ago. According to Doctor Without Borders in 2019:

Three months after a violent attack by unknown assailants on our office in Maïné Soroa, in southeastern Niger’s Diffa region, Médecins Sans Frontières (MSF) has been forced to stop providing medical and humanitarian assistance to people in the area. We had worked in Maïné Soroa since 2017, and in the Diffa region since 2015.