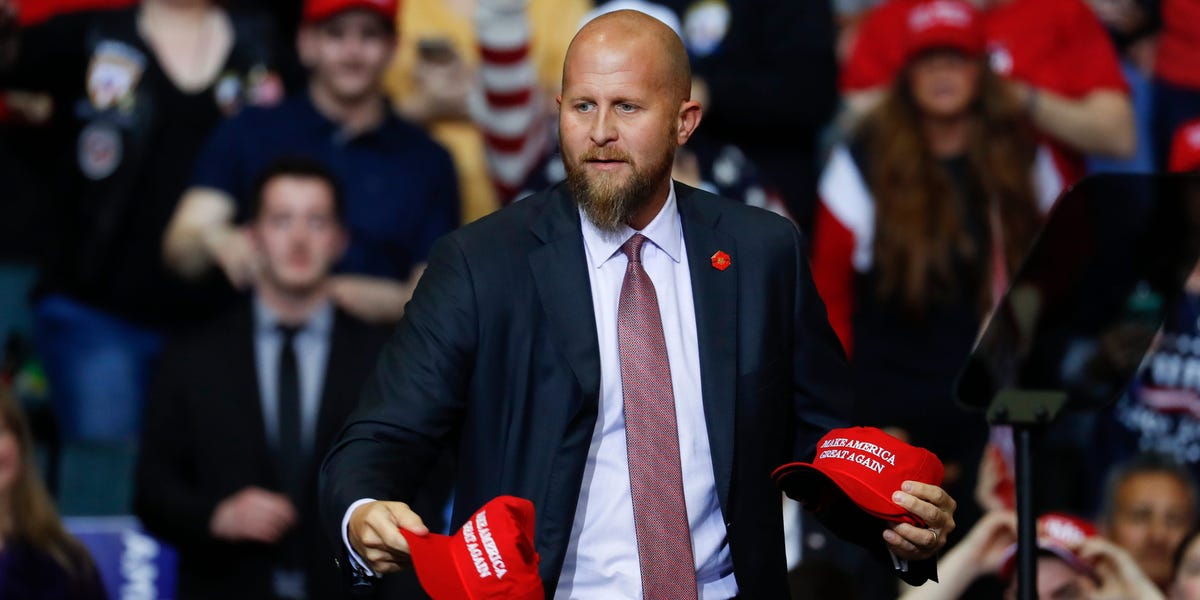 Former Donald Trump campaign manager Brad Parscale is building a technology platform that the ex-president is eyeing for his newly announced social media service, according to Republicans close to the former president.

Parscale, who was famously detained by Florida police last October after his wife said he was drunk and suicidal, has been working on his project for the past few months, said three Republicans close to Trump who are familiar with the plans.

“It’s not just creating an app, this is actually creating the entirety of the platform,” said one of the Republicans familiar with Parscale’s efforts.

Trump advisors frequently clashed during the president’s reelection bid over Parscale’s role on the campaign. But even detractors still praised his digital media and technology skills, including an extensive campaign app he built for the 2020 White House run.

Parscale has been using that same model to develop his new platform, which two Republicans close to the former president said they expect Trump to rely on for his frequently-touted new social media operation.

But a different Republican close to the president said it was doubtful Trump would use Parscale’s platform. “I am not sure of the [social media] plan, but I’m pretty sure it doesn’t involve Brad,” said the GOP source.

Trump and his senior advisor, Jason Miller, have been teasing the idea of a new Trump media platform as a response to Twitter, Facebook, Instagram and other social media outlets banning him from their services.

The ex-president’s litany of election-related misinformation and role in the January 6 attack on the Capitol prompted the social media companies to banish Trump during his final days in the White House.

“If you take a look at what’s happened over the last period of time, we’re sending out (press) releases, they’re getting picked up much better than any tweet,” Trump said in a podcast with veteran Republican operative and Fox News commentator Lisa Boothe released Monday.

“I’m doing things having to do with putting our own platform out there that you’ll be hearing about soon,” Trump added.

The new Trump social media platform could be up within the next two-to-three months, Miller told Fox News on Sunday.

Behind the scenes, Parscale has been building a new political campaign program dubbed “Nucleus,” which the former president already uses to blast out his tweet-style email statements. Trump deemed the new emailed statements more “elegant” than his earlier tweets, in his interview with Boothe.

Once “Nucleus” is completed, Parscale plans to sign on more Republican politicos, according to one Republican familiar with his plans.

It’s not immediately clear if Trump or Miller were referring to Parscale’s ongoing effort, or if they plan to find a different firm or developer to create a new social media platform using Parscale’s infrastructure.

Insider first reported on Parscale’s return to Trump’s orbit last month after several months as an outcast following his ouster in July as Trump’s campaign manager.

Trump raged at Parscale throughout 2020, blaming his then-campaign manager for sinking public support amid the COVID-19 pandemic and also accusing him of misspending his campaign money.

When reached by Insider Monday, Parscale declined to say whether Trump would be using his platform. Miller did not reply to a request for comment Monday.

Privately, Trump advisors say the former president’s ban from Twitter has been good for rebuilding his image and also keeping him focused.

But publicly, Trump’s team has cited the bans as prime examples of liberals pushing a “cancel culture” across the nation. Republicans and conservatives have broadly accused technology firms from Amazon to Google of conspiring with Democrats to stifle their message.

The major tech firms, and others, have regularly noted that demonstrable lies by Trump and others — including the false assertion that Trump won the 2020 election — inspired hundreds of Trump supporters to storm the Capitol in a failed, but violent attempt to overturn the election results.

Read more: Republican Party officials made a mysterious $36,000 payment in February to private investigators who advertise their use of surveillance drones and hidden cameras

Trump has been mulling whether to run for president again in 2024, and has been operating as a party kingmaker in the meantime.

But if he wants to run again, he will have to recreate his previously prolific Twitter presence, longtime Trump confidant Roger Stone told Insider last month.

“You have to solve the mass communications censorship problem, before any Republican candidate is viable in the congressional races or 2022 or the presidential race in 2024,” Stone said.