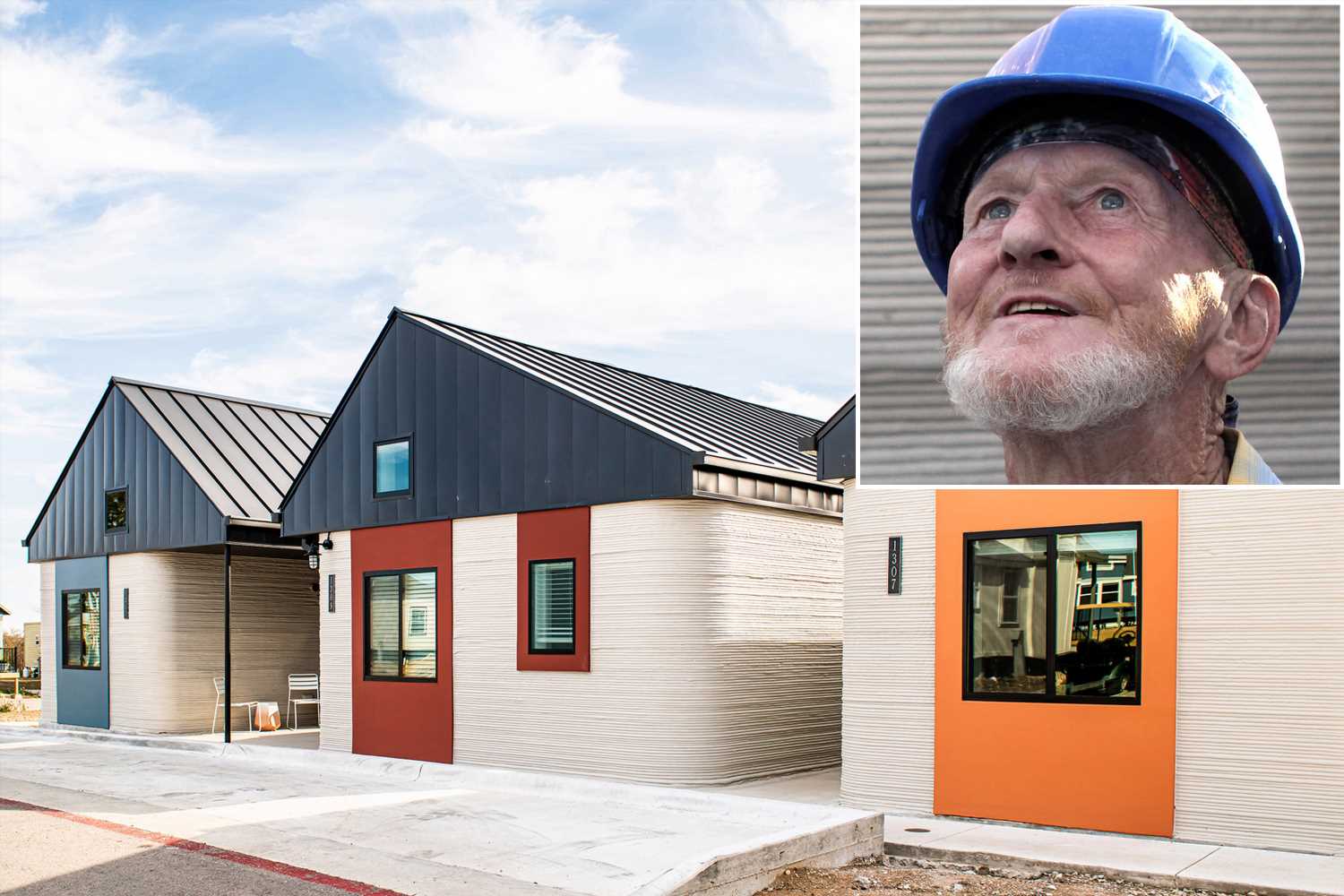 Would you try this 3D-printed steak?

“I hope I stay here until my last dying days.”

Those are the words of Tim Shea, who has come a long way since his days as a homeless man once struggling with heroin addiction. He is now the first person ever to live in a 3-D-printed house, according to the home’s maker.

On the outskirts of Austin, Texas, 70-year-old Shea has settled into his 400-square-foot home constructed by 3-D printing. His new home is situated in the Community First! Village site, which is comprised of houses for the chronically homeless.

The 51-acre development has more than 500 homes thus far, including the 3-D variety built by the company Icon, an Austin-based start-up.

Shea is among a growing number of seniors in America who have struggled to keep affordable housing. Before his now permanent 3-D home, he lived in the community in an RV.

“I think from my personal experience from my former lifestyle, that I developed a shell,” Shea told The Post. “I didn’t feel secure, and anytime I had the opportunity I would hide or isolate. I never really wanted to interact with people.”

But Shea said his life has drastically changed since living at Community First! Village, and his transition from RV-living to his 3-D-printed home has been seamless.

“Everything I do is just the opposite, and I have many activities to do every day with others,” he said.

Shea, who has since overcome addiction, chose an open floor plan because he has arthritis and may eventually need to use a wheelchair. Icon has so far developed six different 3-D homes, all with different layouts.

The materials used to build the homes are considered more resilient in disasters like hurricanes than traditionally built houses.

The nonprofit Community First! put $18 million into the tiny home village in Austin to help the chronically homeless get off the streets. The village initially had space for 180 residents, who pay about $300 in rent, and have job opportunities on-site.

Shea, who has lived in the home since May, said it “changed my life.”

“When I found out I’d be the first person in America to move into a 3-D- printed home, I thought it was pretty awesome,” Shea said. “The very people I used to run away from, I’m running to. If you’ve been on both sides of the fence, you know some people just need a little encouragement and support.”

The community was established in 2015, and created by real estate developer Alan Graham, who had spent the past two decades volunteering on the streets of Austin through a project called Mobile Loaves & Fishes. For Community First! Village, choosing to test the new technology was a natural extension of its willingness to experiment.

Graham wanted to provide a true sense of community, rather than just simple housing for those chronically homeless.

Now, Icon brought its 3-D-printing technology into the village to hopefully speed up the process, while also making it cheaper.

The 400-square-foot homes, 3-D-printed with Icon’s Vulcan II printer, feature one bedroom, one bath, a full kitchen, a living room and a large porch with sweeping sunset views.

Shea said the best part about living in his 3-D-printed house is that it’s more than just a roof above his head, but gives him “a sense of security.”

“It’s a sense that I’ve settled somewhere, and it’s such a way of embracing me,” Shea said in a video provided by Icon. “I feel like I am embraced in this house. There are no tight corners, it’s rounded, it feels like it envelops me. I just love sitting in there and looking at the interior of it. It’s just a very comfortable, very warm, welcoming place, and I am so proud to be living in it.”

Icon co-founder and CEO Jason Ballard said their mission to build 3-D homes in the community was a way to “make dignified housing accessible to everyone, everywhere.”

“It’s just a miracle to me to be living there in a house this beautiful,” Shea said. “I could never have imagined from where I came from that I would ever have this beautiful place to live in.”

“You can be out there on the street, and nobody really — they can just step over you. It wasn’t until somebody came along, and he said, you’d be an excellent candidate for what we have a concept that we’re thinking about doing here in Austin,” he added.

Icon, who has raised $59 million to date, has delivered two dozen 3-Dprinted homes/structures across the US and Mexico so far.

In another project, the company has partnered with NASA to develop space-based construction systems to build on the moon, including homes, infrastructure and more.