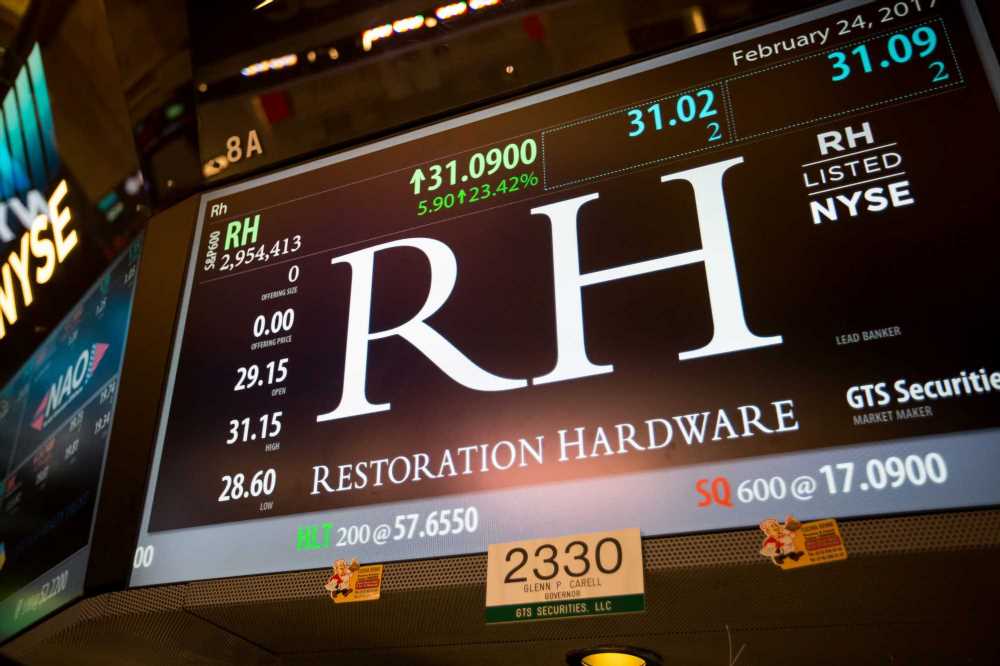 It's no secret that Restoration Hardware has been one of the biggest winners of the quarantine trade. The high-end furniture stock has been on a tear since lockdowns began and is up nearly 400% over the past year.

Even as the vaccine rollout ramps up and most investors have their eyes pointed at the reopening trade, Restoration Hardware is still up a very respectable 13% in 2021 heading into the company's earnings report after the bell on Wednesday.

One intrepid trader in the options pits is putting a substantial amount of money on the line to bet that the stock's bullish run is far from over — an amount that could become significantly more substantial if their bet turns out to be a winner.

"One of the trades that stuck out to me was the May 540-calls," Optimize Advisors CIO Michael Khouw said Tuesday on CNBC's "Fast Money." "Somebody paid $32.75 for 250 of those. That may not sound like a lot, but that's an outlay of [more than] $800,000 in premium and would translate to an equity position of more than $14 million."

"They're betting, obviously, that the stock is going to rally at least 12% in the next two months."

That bet is huge in terms of pure size, but it's not particularly speculative relative to how the stock typically moves after reporting earnings. This quarter, the options market is implying a move of just about 11.5% in either direction, compared with an average move of 15% over the last eight quarters.