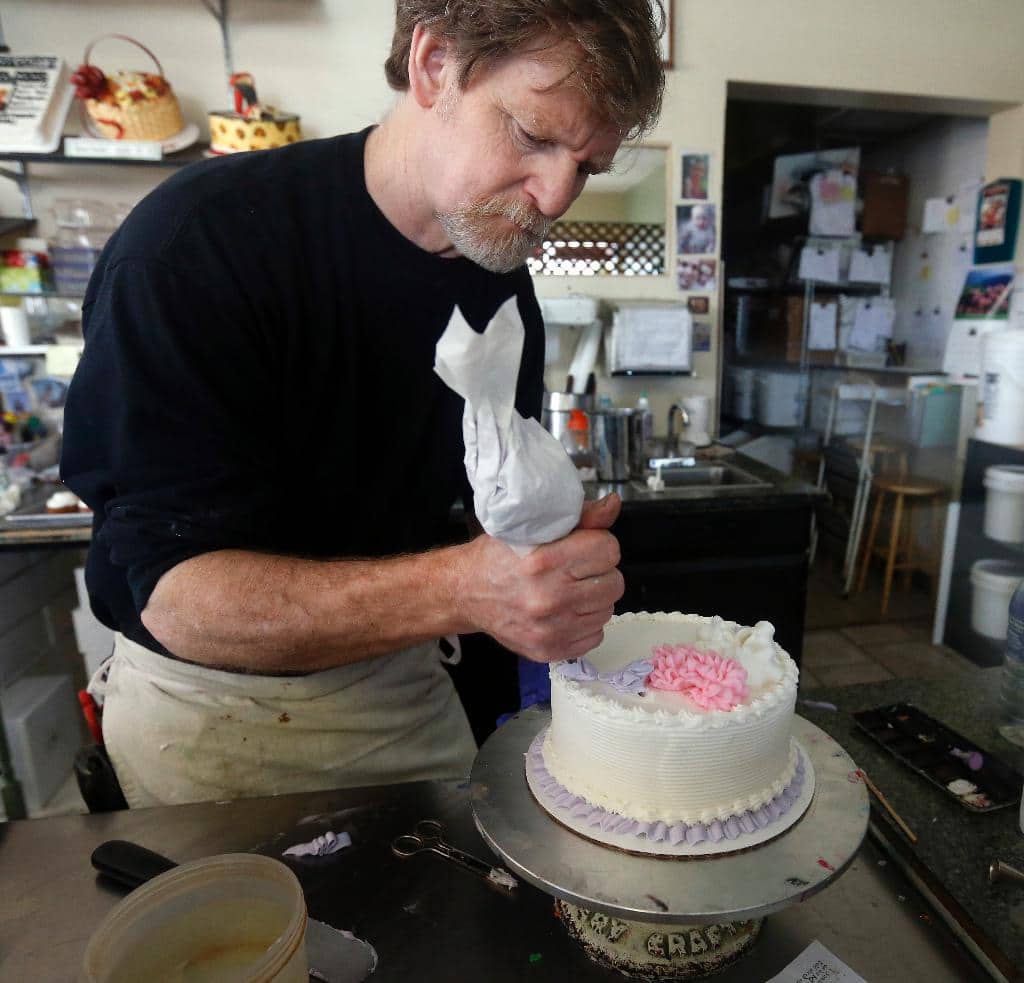 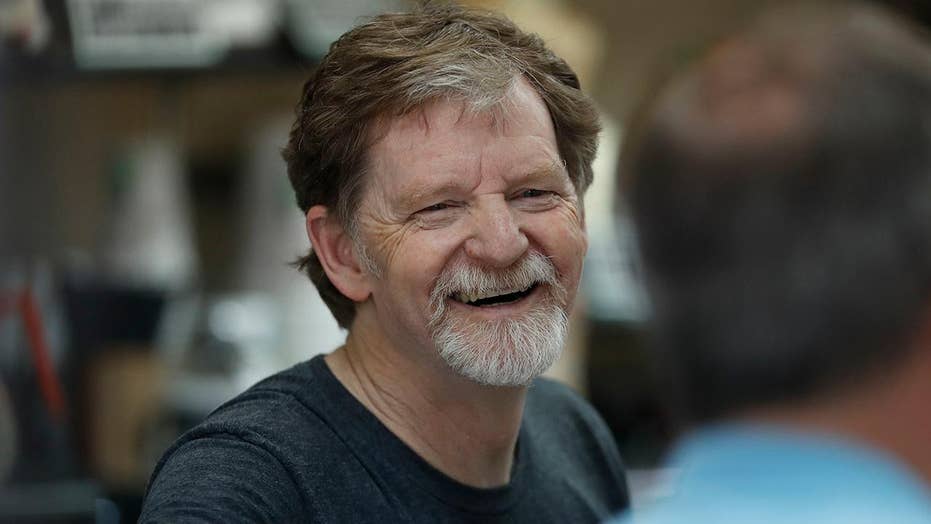 Masterpiece Cakeshop owner is suing Colorado officials over his refusal to bake a cake for a transgender woman.

EXCLUSIVE: The Colorado baker who won a case before the U.S. Supreme Court in 2018 after refusing to make a custom wedding cake for a same-sex couple spent the week in court again—this time for denying a request to create a cake to celebrate a gender transition—telling Fox News that the request was “a trap” and in violation of his religious beliefs.

In an exclusive interview with Fox News, owner of Masterpiece Cakeshop, Jack Phillips described his experience at trial this week, after spending nearly a decade fending off lawsuits over requests for cakes that went against his conscience.

“My experience this week has been trying, at best,” Phillips told Fox News. “We’ve closed down our bakery just so we could be in this trial. My wife had to testify, my daughter had to, I had to.

“This case started the day the Supreme Court decided they were going to hear our case. It was a very busy, very crazy day at the shop,” Phillips explained. “In the middle of all of this chaos, we got a phone call from an attorney in Denver asking us to create a cake pink on the inside with blue icing on the outside.”

Phillips told Fox News that he was told “it was two colors, a color scheme, a combination, designed to celebrate a gender transition.”

The customer, Autumn Scardina, an attorney, requested the cake in 2017 in honor of her gender transition.

“We told the customer, this caller, that this cake was a cake we couldn’t create because of the message, the caller turned around and sued us,” Phillips told Fox News. “This customer came to us intentionally to get us to create a cake or deny creating a cake that went against our religious beliefs.”

He added: “This customer had been tracking our case for multiple years. This case was just a request to get us to fall into a trap.”

Phillips told Fox News that in November 2020, he had a conversation with Scardina, who said “if the case were rejected or dismissed, that they would be back the next day to request another cake order and then sue me and charge me again.” 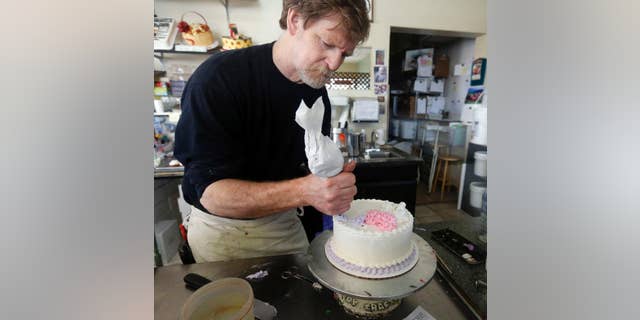 FILE – In this March 10, 2014, file photo, Masterpiece Cakeshop owner Jack Phillips decorates a cake inside his store in Lakewood, Colo.
(The Associated Press)

Kristen Waggoner, general counsel for the Alliance Defending Freedom, told Fox News that this “was an obvious type of setup.”

“At the trial, and in other testimony, this attorney confirmed that Jack was contacted in an effort to make a test case and to ‘correct the errors’ of Jack’s thinking,” Waggoner told Fox News.

Waggoner was referring to Scardina’s testimony during a deposition in 2019.

During the trial this week, Scardina was asked if this was “some sort of test” or a “setup,” something Scardina denied.

“I don’t like that phrase. I think it’s got a negative connotation. Nor do I associate it was a test, it wasn’t a test,” Scardina testified. “More of a challenge of the veracity. It was more a calling of somebody’s bluff.”

Scardina added: “I wanted Mr. Phillips to be telling the truth. I think he’s a good man. I think he is a good Christian; and I think his beliefs are noble, valid, are entitled to protection. I believe that he is being genuine in what he feels is his truth.”

The case is “a very important principle, Scardina said. “To me, it’s fundamental to our civil society. If I understand his claim and his beliefs correctly, it’s that he can opt out of laws that he disagrees with,” Scardina testified. “And to see somebody stand up as a very prominent public figure for this notion that you can defy secular law just by claiming a religious exemption, that’s deeply offensive to me. And it’s a principle that needs clarification in my mind.”

Scardina added: “This isn’t about Mr. Phillips’ religion. His religious beliefs are noble, are his and his alone.

“This is about businesses and whether or not businesses are allowed to treat customers on a different basis based upon protected characteristics,” Scardina testified. 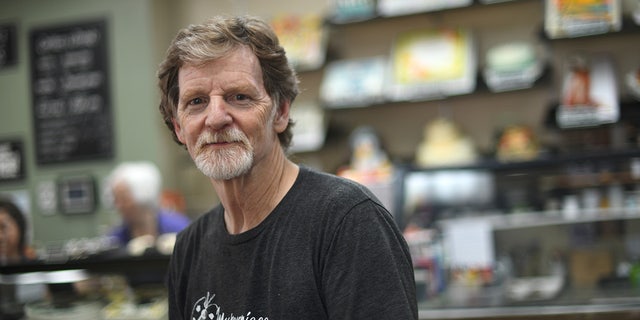 In opening arguments, a lawyer representing Phillips, Sean Gates, said his refusal to make Scardina’s cake was about its message, not discriminating against Scardina, echoing assertions made in Phillips’ legal battle over his refusal to make a wedding cake for Charlie Craig and Dave Mullins in 2012. With Phillips getting media attention since then, he could not create a cake with a message he disagreed with, Gates said.

“The message would be that he agrees that a gender transition is something to be celebrated,” said Gates, who noted later that Phillips had objected to making cakes with other messages he opposed.

The Supreme Court ruled in 2018 in favor of a Phillips, after he refused to make a wedding cake for a same-sex couple.

In a 7-2 decision, the justices set aside a Colorado court ruling against the baker — while stopping short of deciding the broader issue of whether a business can refuse to serve gay and lesbian people. The opinion was penned by Justice Anthony Kennedy, who is often the swing justice in tight cases.

The narrow ruling here focused on what the court described as anti-religious bias on the Colorado Civil Rights Commission when it ruled against Phillips.

But Waggoner told Fox News that since Phillip’s Supreme Court victory, “we can see the disturbing trend has continued–of weaponizing the law to become an arm of cancel culture and to ruin anyone who simply disagrees.”

Waggoner called it “a pattern of activism,” and said Phillips is being specifically targeted.

“This attorney not only sent him hateful emails, but asked for another cake where it was Satan smoking a marijuana joint to again trap Jack,” Waggoner told Fox News. “It is a tremendous pattern of harassment and targeting designed solely to ruin him so we need the Supreme Court to affirm the First Amendment rights of all creative professionals.”

It is unclear, at this point, when the court will issue its opinion in the case, but Phillips says he hopes that it stops “right here.”

“I hope this case is so clear that I am being forced to create against my beliefs, clear enough, that this initial ruling would be in our favor, and it stops right here,” Phillips said.

“We’re hoping there’s a win,” Waggoner said. “If there’s not, we will appeal.”

“This doesn’t stop until the Supreme Court again affirms that no one should be forced to create expression, or to speak a message that violates their conscience,” Waggoner added, telling Fox News that all creative professionals deserve to have their rights protected.

“This focuses on First Amendment rights, consistent with core convictions—regardless of what those are,” Waggoner said. “It goes both ways.”Waggoner added: “Tolerance is a two way street, but for Jack, that has not been his experience.”

Phillips described the emotional toll the ongoing litigation has had on him and his family, as well as the impact it had on his business.

“There has been so much time lost, not to mention the strain. I am earning a living for my family,” Phillips told Fox News, noting that his business went from employing 10 people to just two full-time employees—Phillips and his daughter.

“As a husband and a father, it was incredibly difficult to watch my wife in deposition and in trial, where opposing counsel was grilling her and trying to trap and trick her, and you just have to sit there and watch it play out—both with my wife and daughter,” Phillips said.

Meanwhile, before filing the lawsuit, Scardina filed a complaint against Phillips with the state, and the Colorado Civil Rights Commission found probable cause that Phillips had discriminated against her. Phillips then filed a federal lawsuit against Colorado, accusing it of waging a “crusade to crush” him by pursuing the complaint.

In March 2019, lawyers for the state and Phillips agreed to drop both cases under a settlement which still allowed Scardina to pursue a lawsuit on her own. At the time, Colorado Attorney General Phil Weiser said both sides agreed it was not in anyone’s best interest to move forward with the cases.

Scardina did not immediately respond to Fox News’ request for comment.