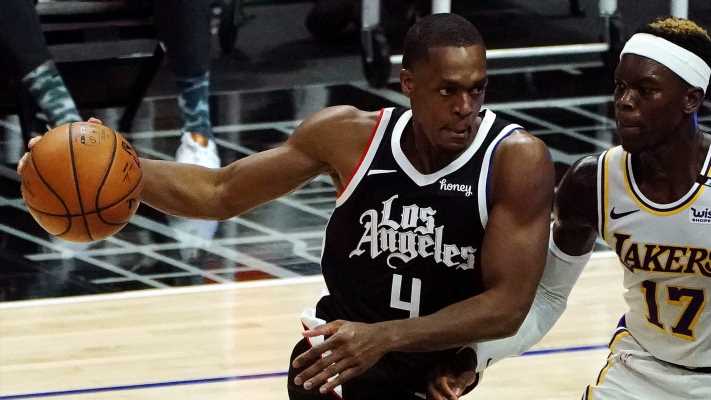 The answer revealed plenty about how Los Angeles Clippers view their newest acquisition and how Rajon Rondo’s presence changes their team dynamic. It also may have offered some subtle clues about what the Clippers lacked last season as a playoff underachiever.

When the Clippers acquired Rondo before last week’s trade deadline from the Atlanta Hawks for Lou Williams, the reasons went beyond Rondo’s on-court savviness with his playmaking. With 1½ months left before the playoffs start, the Clippers also wanted a proven player that had the credibility to give unfiltered feedback both to the team’s stars and role players after winning two NBA championship with the league’s most respected franchises in the Boston Celtics (2008) and Los Angeles Lakers (2020). As Clippers forward Marcus Morris Sr. said, "he’s going to be big factor in us trying to hang that banner."

"We’re going to listen to him. I look at him as a leader of this group," Paul George said after the Clippers' 104-86 win over the Lakers on Sunday. "He holds a lot of weight in the locker room. As he gets more comfortable in the system and getting games under his feet, he’ll hold us accountable. That’s what you need in the locker room — somebody that’s going to say what needs to be said."