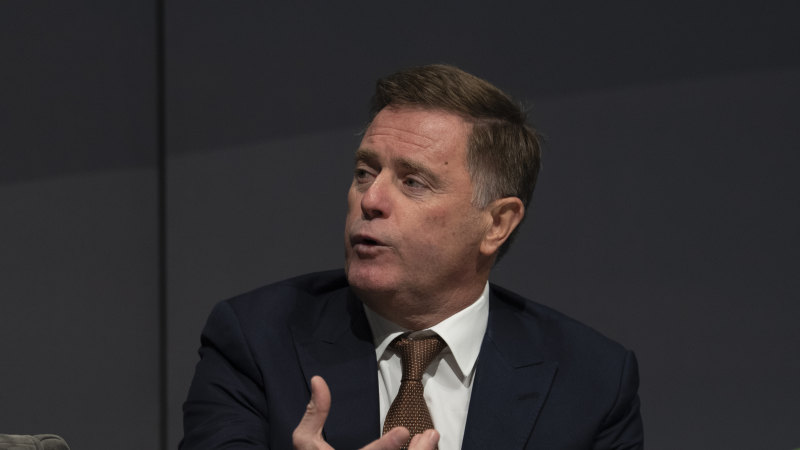 ANZ Bank has declined to sign a letter condemning the violence in Myanmar, despite calls from local and international activist organisations for global companies to publicly align themselves with pro-democracy protesters.

At least 550 protesters have been killed and 2700 arrested since Myanmar’s military seized control of the country in February, declaring the November election results invalid and detaining political figures including deposed leader Aung San Suu Kyi.

The Myanmar Centre for Responsible Business launched a letter almost three weeks after the coup, calling for a “swift resolution” to the violence “in accordance with the will and interests of the people of Myanmar”. 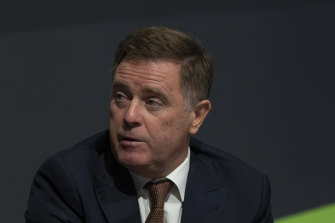 ANZ’s institutional bank boss Mark Whelan said the safety of his staff in Myanmar was the number one priority. Credit:Louise Kennerley

The letter has been signed by more than 65 multinationals with operations in Myanmar, including global giants such as Facebook, Nestle and Unilever and Australian oil and gas producer Woodside.

“The rule of law, respect for human rights, and the unrestricted flow of information all contribute to a stable business environment,” the letter said.

ASX-listed Woodside announced last month plans to reduce its presence in the country amid increasing concerns over the state-sanctioned violence. “Until we see the outlook for Myanmar and its political stability has improved, Woodside will keep all business decisions under review.”

However, despite having operations in Myanmar since 2013, ANZ has not signed the letter, saying that the safety of its staff was its number one priority and it was “concerned” by the escalating violence.

ANZ said its business is focused on supporting key multinational clients with local payments and other banking needs, adding the bank did not provide services to entities subject to sanctions or provide funding for their projects. A spokesman for the bank said it “conducts regular reviews” of its international network, but did not specify if its Myanmar business was under consideration.

The Australasia Centre for Corporate Responsibility executive director Brynn O’Brien said the worsening human rights crisis in Myanmar is “extremely concerning” and called on Australian businesses, including ANZ, to sign the letter.

“It is difficult to understand why any Australian business would not choose to do that,” Ms O’Brien said. “The minimum expectation of Australian businesses by their customers and shareholders will be to exercise any leverage available to them in order to see a de-escalation of violence.”

Justice for Myanmar, a campaign group leading calls for companies to cut ties with the military, said ANZ’s statement was not good enough and called on the bank to use its leverage to denounce the violence.

“ANZ Bank must take their human rights responsibilities seriously, stand with the people of Myanmar and condemn the brutal and illegal military junta, which is committing crimes against humanity,” campaign spokeswoman Yadanar Maung said. “Silence and inaction is not an option.”

Ms Maung said it was imperative that ANZ take “concrete steps” to ensure the bank does not provide financial support to the military, “including through the junta’s access to any ANZ cash reserves held in the Central Bank of Myanmar”.

The push comes as security forces in central Myanmar opened fire on anti-coup protesters on Saturday and internet access has been restricted to curb protest activity. United Nations’ special envoy for Myanmar Christine Schraner Burgener said last week “a bloodbath is imminent” if the international community did not intervene to stop the violence.

“We’re watching it closely, we’ll determine what the best course of action is once we see how things develop.”

ANZ has operations in over 30 countries around the world and Mr Whelan said monitoring civil unrest was a part of doing business.

“You have to operate to the rule of law obviously in each of those countries. As things shift, geopolitically-wise, we monitor that and we determine what our next course of action is with regards,” he said. “But our two priorities are – are our staff safe? And can we continue to service our customer base appropriately?”