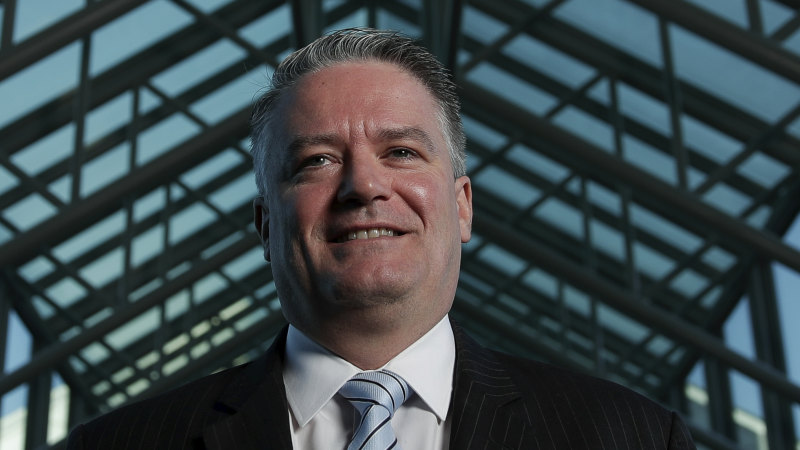 Mathias Cormann, with help from the Biden administration in the US, may be able to start his term as secretary-general of the OECD with the successful delivery of a troubled project that’s been nearly a decade in the making.

Since about 2013 the OECD and the G20 group of advanced economies have been working on the “BEPS Project”, targeting tax base-erosion and profit-shifting by multinational companies.

The complexity of the issues and the mechanisms for dealing with them – and fierce opposition from the US, which saw the proposals as an attack on its mega-tech companies – have frustrated the OECD’s ability to develop a consensus among the 135 countries included in the process. A number of them, mainly in Europe, have introduced or are now proposing to introduce their own digital services taxes to capture the US tech giants in their tax nets. 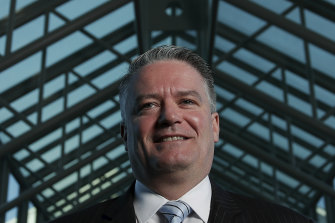 With help from the US, Mathias Cormann’s tenure at the helm of the OECD could get off to a flying start.Credit:Alex Ellinghausen

Without a multilateral consensus that includes the US and its global companies, there can’t be the worldwide harmonisation of corporate taxes envisaged by the project, and multinationals would continue to shift profits from the economies where their customers reside to tax havens or lower-tax jurisdictions.

Countries would remain under pressure to reduce corporate tax rates while the disparate measures some have adopted to try to tax the big technology companies with digital services taxes would continue to spread.

The Biden administration’s ambitious $US2.25 trillion ($2.9 trillion) infrastructure plan, and the need to raise revenue to fund it, has produced a change in the US stance. The administration has proposed the introduction of a 21 per cent global minimum corporate tax rate.

Where previously its support for the OECD/G20 project was conditional on it being a voluntary move for US multinationals and it threatened retaliatory trade sanctions on countries that introduced their own digital service taxes, last month the US government dropped its insistence that American companies should be able to opt out of a global tax agreement.

US Treasury Secretary (and former Federal Reserve Board chair) Janet Yellen, in a speech to the Chicago Council on Global Affairs on Monday, outlined the administration’s new position on global taxation and, indeed, multilateralism more broadly.

Tax competition between nations had eroded corporate tax bases around the world and undermined efforts to establish stable tax systems that raised sufficient revenue to invest in essential public goods and respond to crises, she said.

Yellen vowed to work with the G20 to “agree on a global minimum corporate tax rate that can stop the race to the bottom”.

“Together we can use a global minimum tax to make sure the global economy thrives, based on a more level playing field in the taxation of multinational corporations, and spurs innovation, growth and prosperity,” she said.

Over the past four decades or so, as globalisation – and tax havens – spread, corporate tax rates in the developed world have nearly halved as countries competed for the business of the big multinationals or tried to reduce the incentive for multinationals to shift their profits to low tax and no tax jurisdictions.

“Together we can use a global minimum tax to make sure the global economy thrives, based on a more level playing field in the taxation of multinational corporations […].”

Having removed the US insistence on “safe harbour” protection for its companies and with its own need to raise revenue from US multinationals, it is estimated that the 21 per cent global tax rate proposed by the Biden administration could raise something approaching $US500 billion over a decade. The major impediment to the implementation of a global minimum corporate tax rate would disappear.

The Trump administration introduced its own 10.5 per cent minimum global tax rate in 2017 amid a raft of measures to encourage US companies to repatriate the several trillion dollars of cash and capital they held offshore and remove the incentive to shift profits to low tax jurisdictions.

That was a US-centric, “America First” plan that was supposed to encourage more investment in the US, with limited success. To the extent that some of the offshore profits were repatriated, they were used in corporate share buybacks with little benefit to the wider economy.

Where Trump tended to see any international relationship in zero sum terms – with a winner and a loser – the Biden administration is re-committing the US to multilateralism on everything from climate change to taxation.

The Biden tax plan would impose a 21 per cent levy on US companies’ profits in each country where they operate and prevent them from blending the rate they pay on all offshore profits, effectively dealing with the practice of shifting profits from the economies where their customers are – which tend to have meaningful corporate tax rates – to tax havens.

The OECD/G20 plan has two “pillars”. One would apportion an element of multinationals’ global profits to the countries where their customers reside, and the other is a minimum tax rate regardless of where the company is headquartered.

If it were based in a tax haven or, say, Ireland with its 12.5 per cent corporate tax rate, other countries in which it operated would be able to tax the company up to the minimum rate. The US would presumably credit US companies for tax paid elsewhere, offsetting it against its 21 per cent global minimum rate.

The OECD/G20 measures would increase global revenues from corporate taxes by an estimated four percentage points, so the extra revenue that would flow to economies that tax corporate profits conventionally could be material.

The OECD has been trying to finalise the protracted process of developing its tax plan and bring its attempts to develop a consensus among the 135 or so countries involved in the project to some sort of conclusion by the middle of this year.

Now that it has gained the backing of the US, the prospect of something real being agreed this year has strengthened significantly, although the detail of the proposed new regime remains complex and still a work-in-progress as the OECD tries to create a simpler and more effective set of rules to ensure the agreement achieves its objectives and that companies are able to comply.

Mathias Cormann might be in the right place at the right time to claim some credit for an agreement with far-reaching and global consequences; one that has been an ambition and source of increasing frustration among most of the developed economies for years. It would certainly get his term off to a flying start.