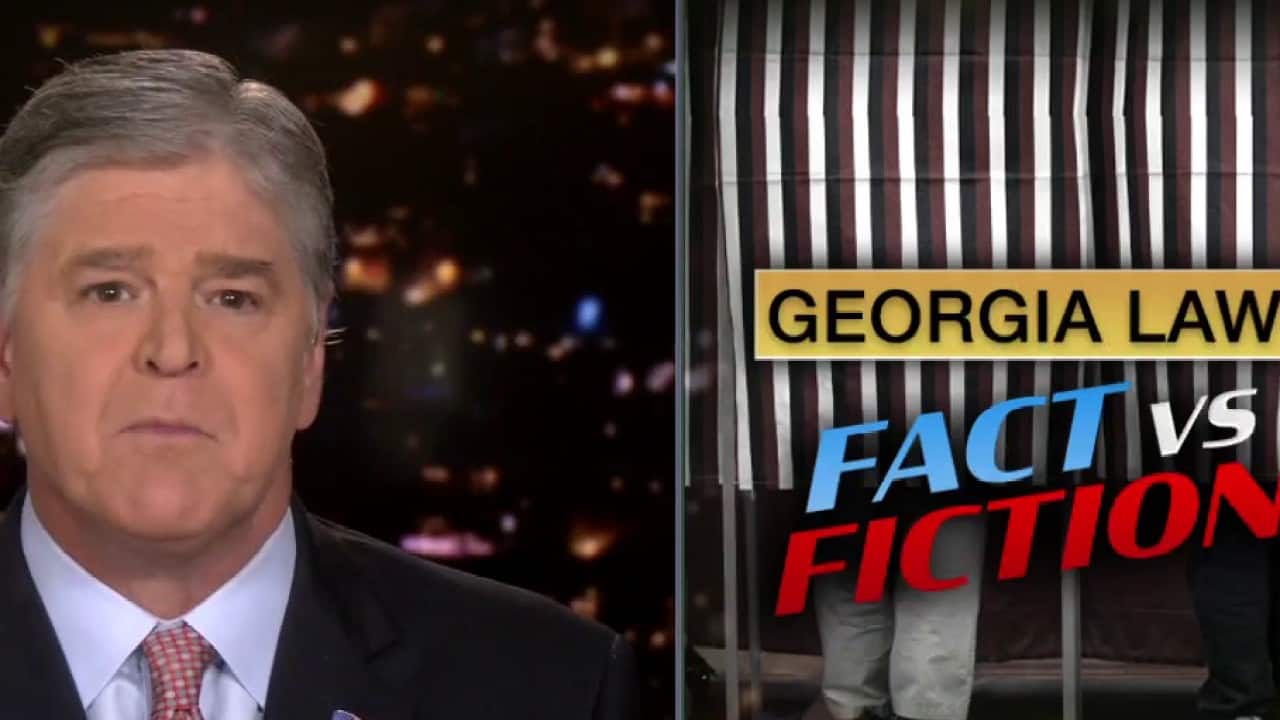 HANNITY: The endless hate, rage, hysteria, and misinformation from Joe Biden, the media mob, Democrats, and the woke corporate cowards is hitting new levels of derangement and psychosis.

“[T]he outright lies that are being spewed about Georgia’s new voting law and proposals in Texas expose just how corrupt and just how partisan our major institutions have become. They are Pravda, pure state-run propaganda outlets,and they are less interested in the truth than ever.

“We begin where Joe Biden lied: This bill does not end voting hours early, Joe – in fact, it creates more early voting, more days to vote, more flexibility to vote, adds another Saturday to vote and even keeps ballot drop boxes

The new law also requires a voter ID, or any state-issued ID, or a Social Security number to get an absentee ballot, which is common sense and should, of course, be a requirement to preserve the sanctity of the ballot and to ensure that Georgians have faith in their election process and confidence in its results.

And you know what else you need to show an ID to do? Go into the White House as a visitor to see Joe Biden; go into the U.S. Capitol and visit the people’s House or meet your congressman or congresswoman; go to the Democratic National Convention; get on an airplane; buy a house and apply for a mortgage; buy alcohol; buy cigarettes; buy Juul pods; apply for food stamps; apply for a job; apply for welfare programs; apply for Medicare and Medicaid; apply for unemployment; drive, buy, or rent a car; purchase a gun; adopt a pet; renting a hotel room; picking up a prescription; donating blood; purchasing some cold and allergy medicines like Claritin-D, and on and on and on.

But Joe Biden … he doesn’t want you to know the facts. He, sadly, is playing the race card and is fueling vicious, divisive, racial rhetoric about Jim Crow and voter suppression with literally no evidence.