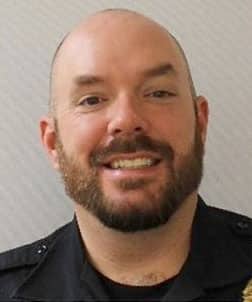 Capitol police officer killed after suspect attacks him with car

Fox News chief congressional correspondent Chad Pergram has the latest on the killing of Ofc. William Evans, on ‘Special Report’

Officer William “Billy” F. Evans, who died on Good Friday while defending the Capitol, will lie in honor at the Capitol Rotunda on April 13, congressional leaders announced Tuesday.

Evans, an 18-year veteran of the United States Capitol Police force, was 41 years old. He was a father of two children and a native of North Adams, Mass.

Evans was killed Friday when a vehicle driven by Noah Green, 25, crashed into a barricade protecting the Capitol and rammed into Evans and another officer. Green purportedly came out of the car with a knife and was shot to death by police.

“In giving his life to protect our Capitol and our country, Officer Evans became a martyr for our democracy,” Pelosi and Schumer said in a joint statement. “On behalf of the entire Congress, we are profoundly grateful.”

Lying in honor is one step below lying in state at the Rotunda, which is typically reserved for presidents and elected officials. Evans will be the fourth Capitol police officer to lie in honor in history.

Most recently, Capitol Police Officer Brian D. Sicknick, who died from injuries resulting from the Jan. 6 riot at the Capitol, was honored at the Rotunda in February.

A ceremonial arrival for Evans will be at 10:30 a.m. April 13 at the East Front of the U.S. Capitol, followed by a congressional tribute at 11 a.m. Attendance will be limited due to coronavirus restrictions.

A viewing period for members of the Capitol Police and Congress will follow before the 6:30 p.m. departure ceremony at the Capitol.

“It is our hope that this tribute will be a comfort to the family of Officer Evans, particularly his children Logan and Abigail, as will the knowledge that so many Americans mourn with and pray for them at this sad time,” Pelosi and Schumer said.

“May this tribute also be a source of comfort and an expression of gratitude to the U.S. Capitol Police Force, which has awed our nation with their courage and resilience during this devastating time,” the congressional leaders added.

In addition to Evans and Sicknick, Officer Jacob J. Chestnut Jr. and Detective John M. Gibson have lain in honor at the Capitol, in 1998. Two other civilians were also given this honor: Rosa Parks in 2005 and the Rev. Billy Graham in 2018.