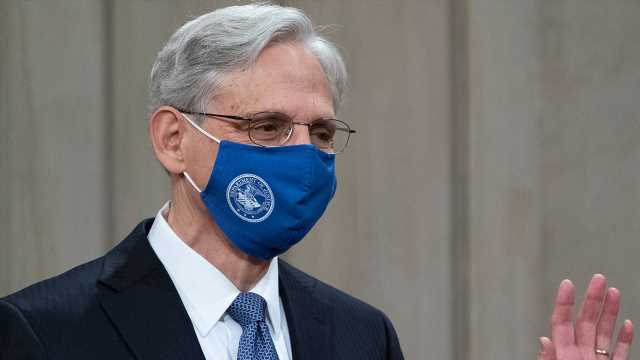 A panel on ‘America’s Newsroom’ discusses the Biden administration decision to roll back a Trump administration measure for treating opioid addiction in the United States.

Attorney General Merrick Garland pledged to make the opioid crisis still plaguing America a “high priority” for the Department of Justice (DOJ), but it seems as though the Biden administration has put the situation on the backburner.

During his confirmation questioning, Garland was asked by Sen. Tom Cotton, R-Ark., if he believed stopping the funneling of “highly potent” synthetic opioids into America should be a top priority for the Justice Department.

Garland answered in the affirmative, agreeing “that stopping fentanyl and synthetic opioids from flooding our communities should be a high priority for the Department.”

However, since taking office at the DOJ, it appears Garland and the Biden administration have put the crisis on the backburner. In fact, one of President Biden’s initial executive orders cut a Trump-era order that made it easier for physicians to prescribe the drug buprenorphine — a transformative treatment used to combat opioid addiction that requires a federal license to prescribe.

Within the first 100 days of the previous administration, former President Trump signed an executive order creating the President’s Commission on Combating Drug Addiction and the Opioid Crisis “to study the scope and effectiveness of the Federal response to drug addiction and the opioid crisis and to make recommendations to the President for improving that response.”

Biden has yet to take any strong actions to combat the crisis, despite his campaign promise during his campaign that he would appoint a new “Opioid Crisis Accountability Coordinator” who would “coordinate efforts across federal agencies and support the enforcement efforts of state and local partners.” Biden still has not named someone to the position after being sworn in this January.

Additionally, the attorney general has not released any formal guidance on whether he plans to direct the department to follow a Trump-era memo designating an opioid coordinator in all 94 US attorneys’ offices.

According to the National Institute on Drug Abuse, the US saw a “significant increase” in opioid overdose-related deaths in 2019, nearing 50,000 deaths due to the drugs. The coronavirus pandemic has further inflamed the opioid crisis.

The Department of Justice did not immediately respond to Fox News’ request for comment.

America has seen a heavy influx of drugs, including opioids, smuggled across the southern border as the Biden administration tries to get a handle on the migrant crisis.

A drug dog recently sniffed out over $60,000 worth of fentanyl — a highly addictive synthetic opioid — hidden inside burritos caught at an immigration checkpoint in Arizona.