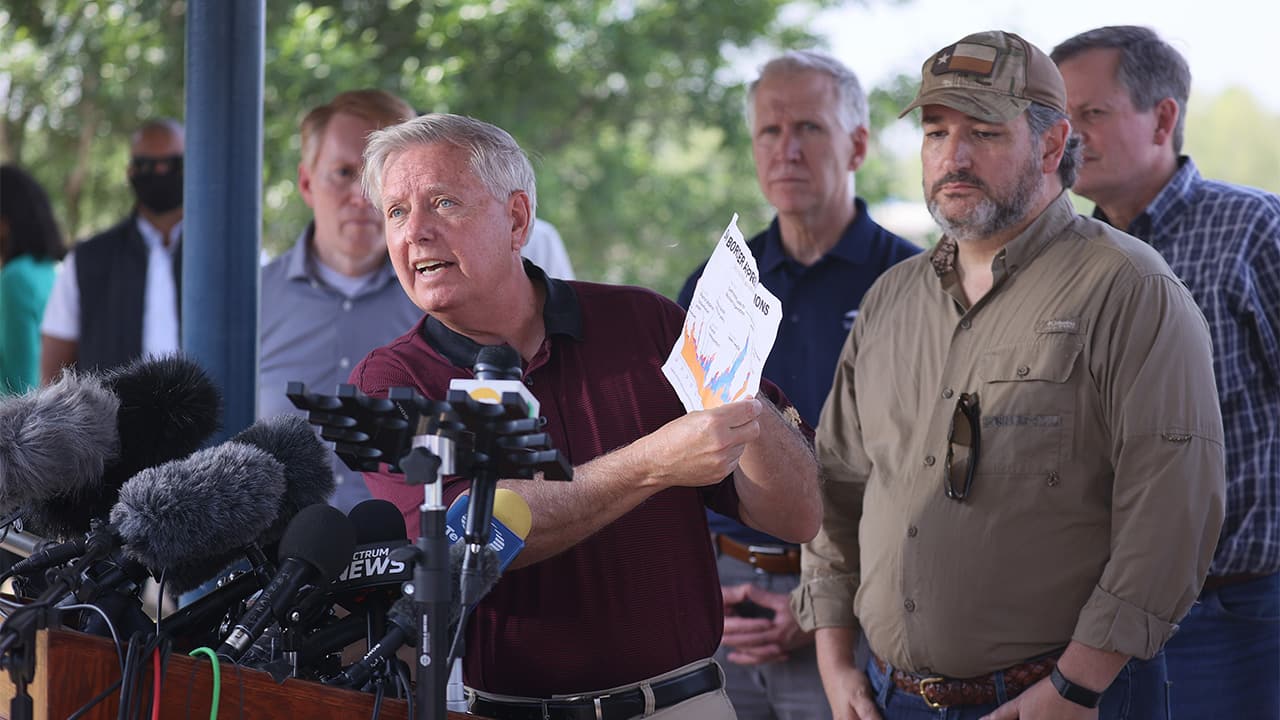 Fox News got a first look at the new video Republican senators released Thursday of their trip to the southern border that highlights drug trafficking from Mexico and the consequences of not finishing the border wall.

The 7-minute video shows behind-the-scenes footage of senators visiting the Pharr-Reynosa International Bridge in the Rio Grande and talking with border agents about the recent uptick of drugs they’ve seized at the border, including marijuana and heroin.

The video shows senators inspecting some seemingly legitimate items border agents confiscated at the port of entry that were filled with drugs, including pallets, tires and even fruit.

“It is amazing how ingenious the drug smugglers are,” Sen. Susan Collins, R-Maine, says in the video. “For example, thousands of coconuts were found to have drugs inside of them.”

The newly released footage comes as the Biden Administration Thursday revealed jaw-dropping numbers showing just how stressed the immigration system at the southern border has become this year.

The U.S. border officials picked up nearly 19,000 children traveling across the southern border alone in March, the largest monthly number ever recorded.

Overall, the tally for all migrants encountered in March of all ages was 172,000, a 100% percent increase from the already high numbers in February — Biden’s first full month in office.

The GOP senators visited the border at the end of March to see the situation for themselves. The delegation of 19 senators was led by Texas Republicans Sen. Ted Cruz and John Cornyn.

The members went on a midnight patrol of the border, witnessed smugglers trying to traffic migrant children into the United States and visited a crowded processing facility in Donna, Texas where they captured images of children sleeping on the floor, despite being told to delete their cell phone pictures by a Biden Administration official. 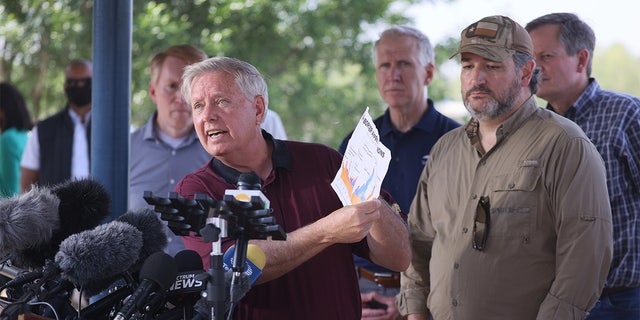 MISSION, TEXAS – MARCH 26: Sen. Lindsey Graham (R-SC) speaks to the media after a tour of part of the Rio Grande river on a Texas Department of Public Safety boat on March 26, 2021 in Mission, Texas. The senator is part of a Senate delegation visiting the Texas-Mexican border. (Photo by Joe Raedle/Getty Images)

The Republicans have been releasing periodic videos from their trip to give the public a better understanding of what they saw.

The fourth installment video out Thursday shows senators visiting an unfinished portion of border wall near Pharr, Texas. A border agent laments to the senators how the fencing and technology haven’t been completed yet and how that’s negatively impacting agents’ ability to secure the border.

Senators were accompanied by Senate Republican staff who recorded the visit and documented real-time reactions from the lawmakers during the trip. 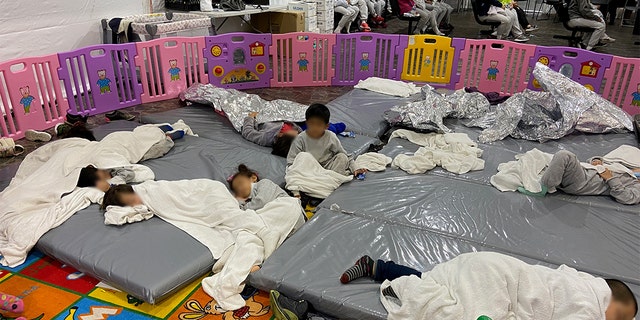 In the video, the Republicans criticized President Biden’s rollback of Trump-era border policies and said the wall must be completed to stop the flow of illegal activity at the border.

“Everywhere we have built walls in America or anywhere else in the world, [including[ Israel, the amount of illegal immigration plummets,” Sen. Dan Sullivan of Alaska said.

“We have lost control of our border,” Graham says.