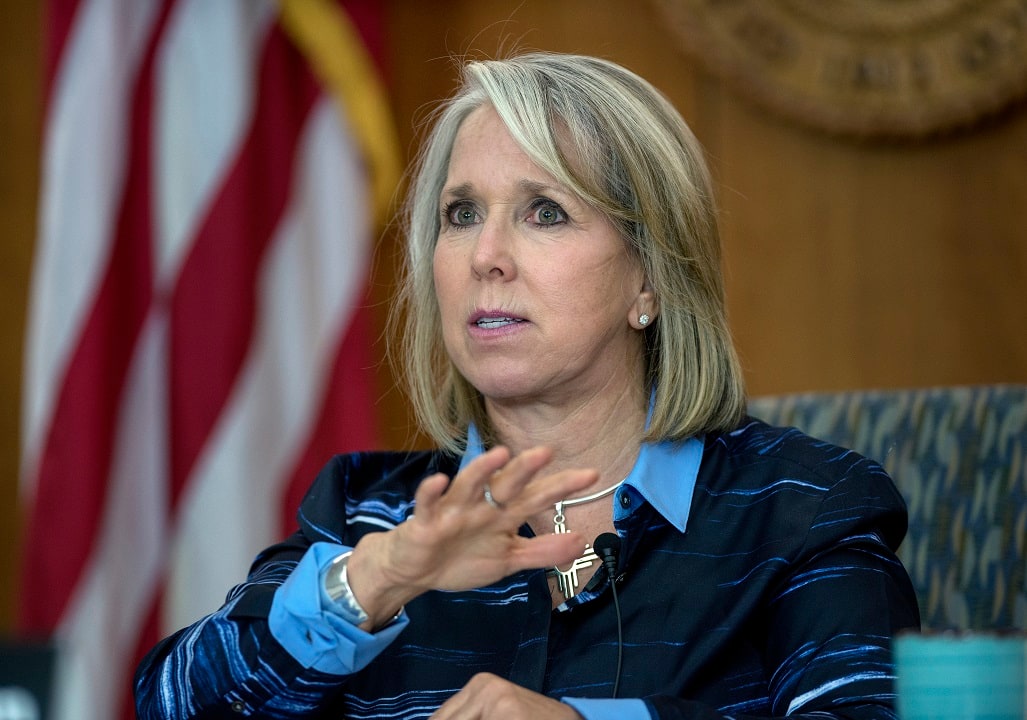 New Mexico’s governor signed a law Wednesday eliminating qualified immunity for law enforcement, making it the third state to do so amid a growing debate about police misconduct in the U.S.

“But when violations do occur, we as Americans know too well that the victims are disproportionately people of color, and that there are too often roadblocks to fighting for those inalienable rights in a court of law.”

Wednesday’s legislation came amid the ongoing trial of Derek Chauvin, the Minneapolis police officer who was seen kneeling on George Floyd in a viral video that sparked nationwide protests last year. Both Colorado and Connecticut passed laws eliminating the standard after Floyd’s death in 2020.

Lujan Grisham maintained the bill wasn’t “anti-police,” saying it “does not endanger any first responder or public servant – so long as they conduct themselves professionally within the bounds of our constitution and with a deep and active respect for the sacred rights it guarantees all of us as New Mexicans.”

But law enforcement advocates have worried about the impact of placing police under greater scrutiny.

According to The Wall Street Journal, Farmington, New Mexico’s chief of police suggested the measure was incomplete.

“It will get a few people some justice in state court,” said chief Steve Hebbe. “Communities and taxpayers are going to have to pay for it. It will be easier to sue the police, but it won’t bring about police reform.”

Fraternal Order of Police Executive Director Jim Pasco said: “It’s going to have a chilling effect on the kind of appropriately aggressive policing that has helped drive crime rates to historic lows.”