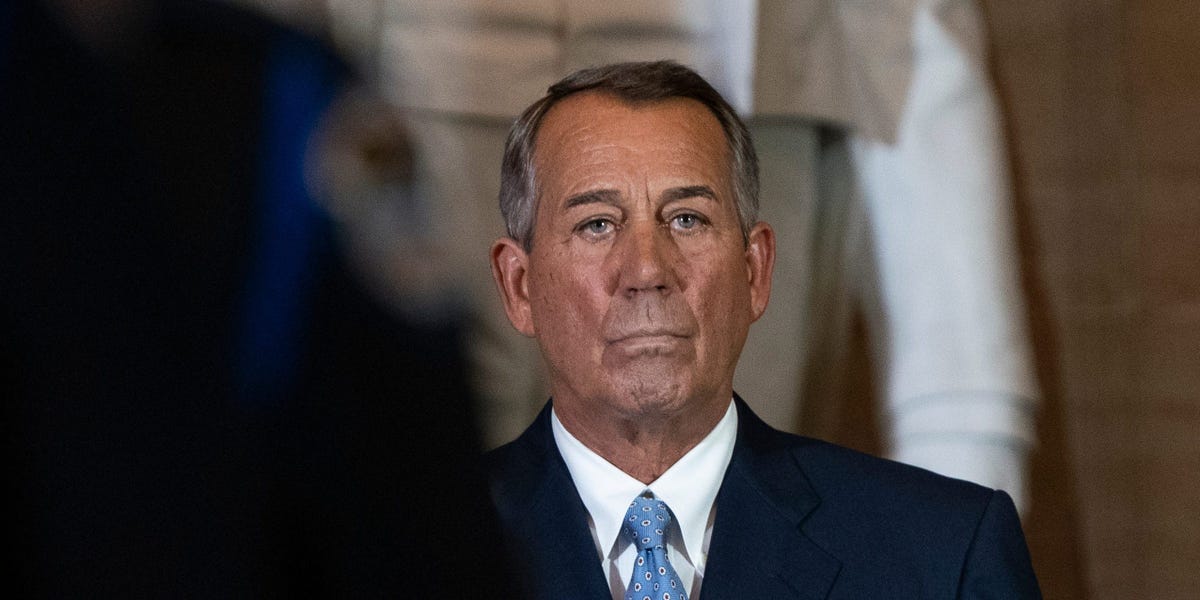 Former GOP House Speaker John Boehner in an upcoming CBS interview scorches several members of his own party for being “political terrorists,” including fellow Ohioan and Republican Rep. Jim Jordan.

During an episode of “CBS Sunday Morning” set to air this weekend, Boehner criticized what he describes as an outgrowth of political opportunism that led to the deadly January 6 riot at the US Capitol.

Boehner, who represented Ohio’s 8th congressional district from 1991 to 2015 and served as House speaker from 2011 to 2015, is promoting his new memoir, “On the House: A Washington Memoir,” which is set to be released on April 13.

When asked by reporter John Dickerson who would fall under his definition of a political terrorist, Jordan’s name immediately sprang up.

“Jim Jordan especially, my colleague from Ohio,” he replied. “I just never saw a guy who spent more time tearing things apart ― never building anything, never putting anything together.”

Jordan, who was first elected to Congress in 2006, has become well-known for his verbal jousting with Democrats on both the Oversight and Judiciary Committees, along with his staunch defense of former President Donald Trump.

In the same interview, Boehner went after GOP Sen. Ted Cruz of Texas, whom he calls a “jerk” and describes as an attention seeker.

“Perfect symbol, you know, of getting elected, making a lot of noise, draw a lot of attention to yourself, raise a lot of money, which means you’re gonna go make more noise, raise more money — it’s really unfortunate,” he said.

Cruz was roundly criticized by many for challenging the 2020 election results after the Capitol riot, even by moderate Democratic Sen. Joe Manchin of West Virginia, and faced calls for his resignation.

When the subject turned to Trump, who was impeached by the House for “incitement of insurrection” for his role in the riot but acquitted by the Senate, Boehner wouldn’t describe Trump as a political terrorist.

“I’m not in office anymore,” he said. “I don’t have to answer all the questions that I used to have to answer, right? And while it isn’t my style, I don’t wanna use a pejorative term like that ― talking about him or anybody else.”

Boehner, who left office a year before Trump was elected, seemed to relish that he didn’t have to deal with the former president as an elected official.

“That was fine by me because I’m not sure I belonged to the Republican Party he created,” Boehner said in his memoir.