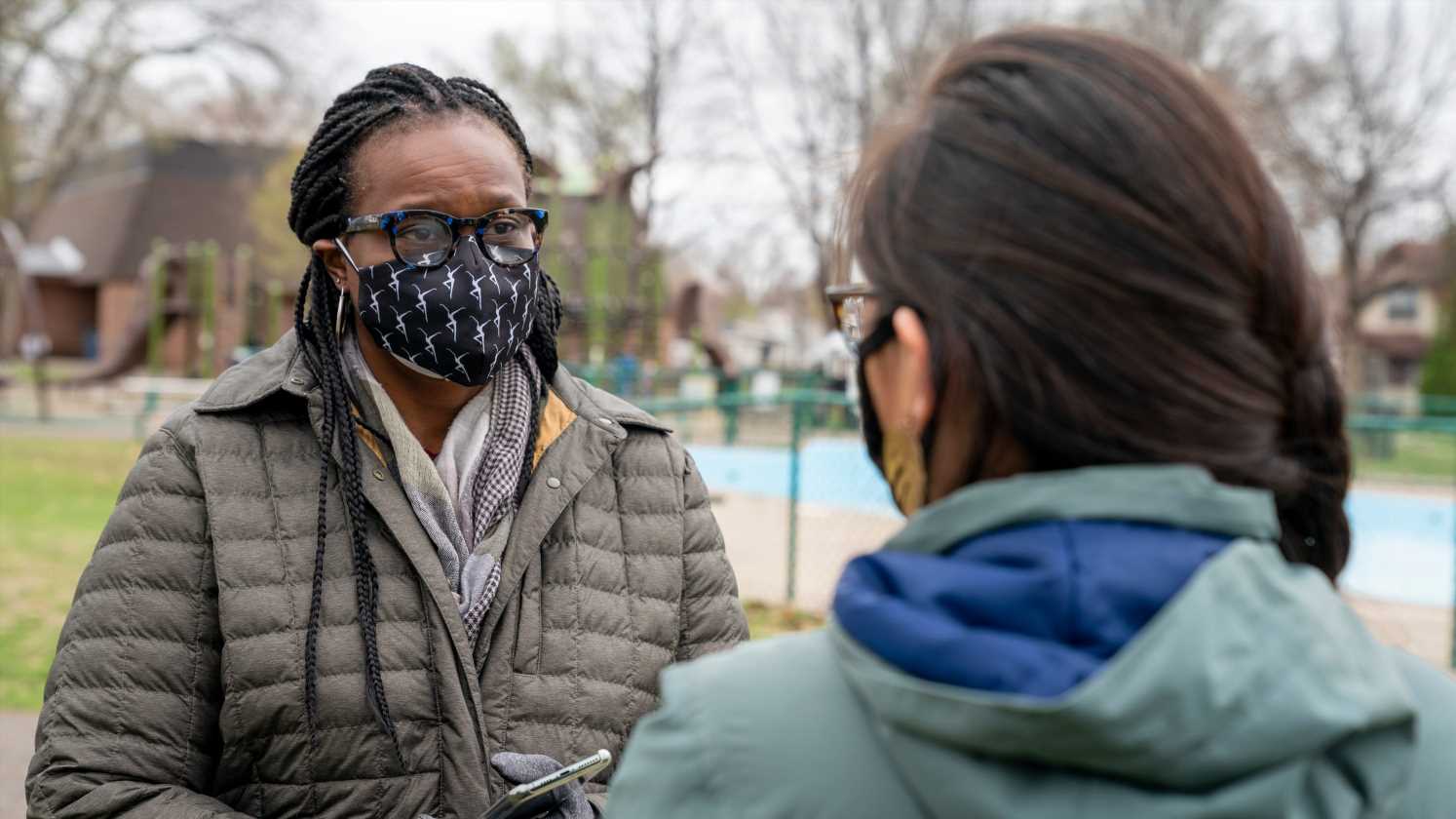 Exemplifying Gannett’s core mission dedicated to innovative storytelling that elevates local voices, USA TODAY journalists yesterday published “Boots on the Ground,” a 22-minute documentary, and long-form column based on the time they spent in Minneapolis leading up to, during and after the trial and conviction of Derek Chauvin, the former police officer charged with killing George Floyd.

USA TODAY Senior Video Producer Jarrad Henderson and USA TODAY Video Journalist Harrison Hill produced “Boots on the Ground” during the six weeks they spent in Minneapolis, where they were embedded with community members still struggling with Floyd’s killing even as Chauvin’s trial played out just a few miles away. Their interviews and reporting spotlight ordinary people like schoolteacher Marcia Howard, who feels compelled to fight for change in her neighborhood, and Toshira Garraway, an activist who is asking for justice after her fiancée Justin Teigen was found dead in a dumpster in 2009 after a police chase. The documentary also examines the aftermath of a justice system forced to determine the guilt or innocence of the former Minneapolis police officer and shines light on the questionable use of force by police that extends beyond Floyd’s death. For instance, in nearby Brooklyn Center, Minn., the raw pain of protesters is evident as they react to the Daunte Wright killing after an officer shot with her firearm instead of a taser.

“We built relationships, photographed and made videos of traumatized, frustrated and inspired residents. They are all connected through a legacy of shared trauma,” said Henderson and Hill about their experience documenting the Black community in Minneapolis. “As Black journalists, we were often approached with surprise. We were surprised by the activism of the close-knit community at George Floyd Square. We were surprised of the progress the community has made in such a short amount of time. We were surprised at how much further we have left to realize equality in this country. Ultimately, we were amazed by the communityR17;s acceptance of our presence and wanted to make sure their stories were amplified.”

Following the April 20 verdict in the Chauvin trial, USA TODAY’s video team worked quickly to finalize the documentary for publication in response to the breaking news of the jury’s decision. “Our time here reveals what needs to happen for these killings to end and what it would mean to Black Americans who are exhausted with this reality,” said Henderson and Hill.

USA TODAY National Columnist Suzette Hackney, who also spent weeks in Minneapolis reporting on the people, the scene and the mood surrounding the Chauvin trial, published a long-form column for USA TODAY’s Opinion package with the documentary reflecting on her time in the community. Hackney was outside the Hennepin County Government Center almost daily and was a regular presence at George Floyd Square, allowing her to get to know locals in both places. She interviewed shopkeepers, public officials and supporters of the Floyd family, as well as Minnesotans who have lived with this case as a constant backdrop for the past year. Hackney penned a column reacting to the guilty verdict and subsequently processed hours and hours of interviews for her long-form column.

“I’ve found so many bright spots here in Minneapolis. The people are resilient, they want to do the work. They’ve learned to turn inward, to lean on each other. They know politicians don’t have all the answers, and maybe none of the answers. During the Chauvin trial, I could sense the weariness of the residents. But in nearly every nook and cranny, I found folks who are trying to improve their community – even when city hall fails them,” said Hackney in her column.

View the full Opinion package from Minneapolis, including the “Boots on the Ground” documentary and long-form column, here.