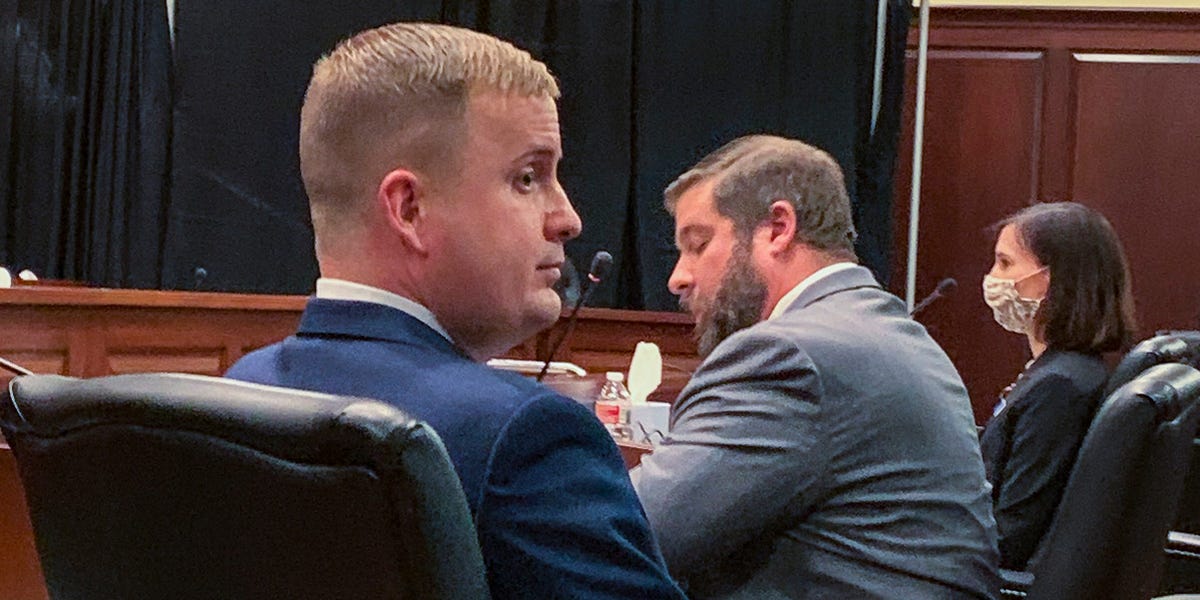 A 19-year-old legislative intern who accused a former Idaho lawmaker of rape said she was harassed by right-wing lawmakers and activists after she reported the incident, the Associated Press reported Tuesday.

In March, an intern reported that then-GOP Rep. Aaron von Ehlinger raped her in his apartment after they went to a restaurant in Boise, Idaho.

The Boise Police Department launched an investigation into the incident shortly after. Von Ehlinger denied he assaulted her and said they had consensual sex.

A legislative ethics committee unanimously voted to recommend expelling von Ehlinger for demonstrating “conduct unbecoming” of a lawmaker. He resigned before the committee could vote on his removal.

After the intern, who was referred to as Jane Doe, reported the incident, GOP state Rep. Priscilla Giddings identified the intern by name and used a photo of her in a newsletter, describing the sexual allegations as a “liberal smear job,” the AP reported.

“The secretaries let me know that Giddings had done that and they were showing me the article, and my life is crashing before my eyes,” the intern told the AP.

GOP state Rep. Heather Scott filed a request to obtain a copy of the police report of the incident.

“Members of a far-right, anti-government activist group tried to follow and harass the young woman after she was called to testify in a legislative public ethics hearing,” according to the AP report.

“I can take criticism. I can take people laying out their opinion on me,” the intern told the AP. “But this, it’s just overwhelming.”

The intern told the AP that she first worked at the Idaho Statehouse under the state government’s high school “page” program. She returned as an intern following graduation, and she agreed to a dinner with von Ehlinger in hopes to network.

After the dinner, the intern said von Ehlinger brought her back to his apartment because he said he had forgotten something, where she said he pinned her down and forced her to perform oral sex even though she had said “no,” the AP reported.

The woman told the AP that von Ehlinger had a “collection of guns” so she felt “fight or flight was never an option.” She said she tried to divert her attention during the alleged rape by getting “fixated on his curtains because they were bright red.”

“I named them ‘American red’ in my head, because it was bright like the stripes in the flag,” she told the AP. “I just stared at it … I will never forget how disgusting I felt.”

The woman reported the incident two days later and the state ethics committee made the incident public in April after announcing a public hearing would be held.

After the newsletter with her name and picture was distributed, the intern told the AP that she still returned to work, but “nobody had the humanity to even look me in the eye, like I brought shame.”

“They made it seem as if everything I do is suspicious,” she said.

Despite the harassment from right-wing activists, as well as tensions within the statehouse itself, the intern said she will continue to ensure the statehouse will enact policies to prevent what happened to her from happening again.

“This has all been pushed at me against my will after my repeated attempts at ‘No,'” she told AP. “But I’m taking my voice back. It’s mine, it’s not theirs.”

If you are a survivor of sexual assault, you can call the National Sexual Assault Hotline at 800.656.HOPE (4673) or visit their website to receive confidential support.