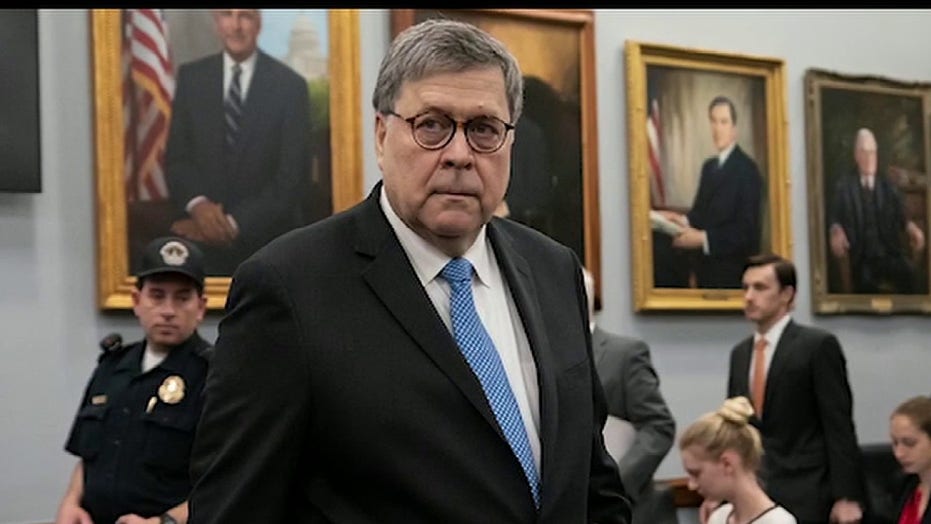 A judge has ordered the Department of Justice (DOJ) to turn over an internal memo from March 2019 that then-Attorney General Bill Barr cited as his reason not to charge former President Trump with obstruction of justice following the Mueller investigation.

The memo concluded that the evidence assembled by special counsel Robert Mueller’s team investigating evidence of Russian meddling in the 2016 election would not support an obstruction prosecution of Trump.

“It’s time for the public to see that, too,” District Judge Amy Berman Jackson said in a ruling released Tuesday.

Portions of the March 24, 2019 memo have been released, but the DOJ now has two weeks to release the full memo following a suit from Citizens for Ethics and Responsibility in Washington (CREW). The DOJ had previously argued the document was the private advice of lawyers produced before a formal decision was made and was exempt from public records law under attorney-client privilege.

But Jackson said the DOJ had obscured the “true purpose of the memorandum” and that the document, produced by the Office of Legal Counsel (OLC), contained “strategic, as opposed to legal” advice. She said the OLC and the recipients of the document both were both already aware of a predetermined outcome and the document was not, as the department had maintained, “predecisional.”

“The review of the document reveals that the Attorney General was not then engaged in making a decision about whether the President should be charged with obstruction of justice; the fact that he would not be prosecuted was a given,” Jackson said in an order dated Monday.

Jackson, appointed to federal district court in Washington, D.C. by former President Obama, wrote in a scathing decision that “not only was the Attorney General being disingenuous then, but DOJ has been disingenous to this Court with respect to the existence of a decision-making process that should be shielded by the deliberative process privilege.”

In March of 2019 Barr penned a letter to Congress reportedly summarizing the conclusions of the Mueller investigation before it was released publicly, and clearing Trump of obstruction of justice.

For Trump, who had tweeted repeatedly that he did not collude with Russians amid a torrent of allegations from media and political figures, the moment amounted to a near-total vindication. Although Mueller noted that his report did not “exonerate” Trump on obstruction, Barr wrote, the “report does not recommend any further indictments, nor did the Special Counsel obtain any sealed indictments that have yet to be made public.”

Mueller later complained that Barr’s summary had not fully captured his findings and led to “public confusion.”

“The Special Counsel did not find that the Trump campaign, or anyone associated with it, conspired or coordinated” with Russians who worked on those hacking efforts, according to Barr’s letter, “despite multiple offers from Russian-affiliated individuals to assist the Trump campaign.”

Mueller did not find sufficient evidence to charge anyone on the Trump campaign with a criminal conspiracy. Barr and officials at the DOJ — who determined there was insufficient evidence of obstruction. Mueller “recognized,” according to Barr’s letter, that the lack of evidence that Trump was involved in collusion would undercut any obstruction case — which would depend on showing a corrupt intent by the president.

The Associated Press and Fox News’ Gregg Re contributed to this report.