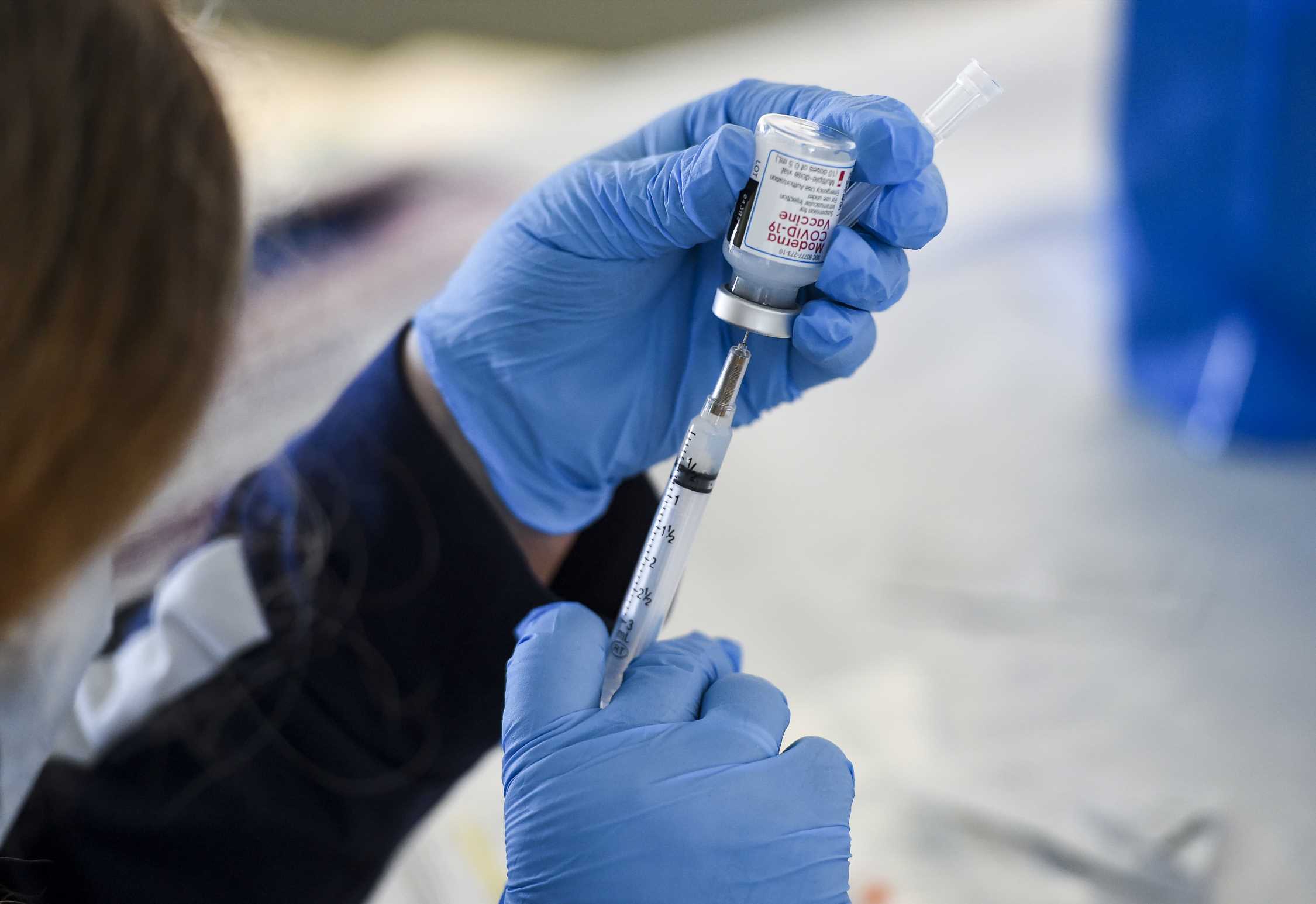 Shares of two Covid vaccine makers seesawed Thursday after the Biden administration said it would back a motion before the World Trade Organization to waive patent protections of the mRNA technology used to make the vaccines.

Pfizer fell Thursday by as much as 5% from Wednesday's close while Moderna dipped by almost 12% before both stocks recovered most of those losses. The companies use the same mRNA technology to make their shots.

Pfizer, which is making its Covid-19 vaccine with German pharmaceutical company BioNTech, closed down by about 1% for the day, while Moderna lost about 1.4% for the day.

South Africa and India are pressing U.S. officials and the WTO to temporarily waive patent protections so developing countries can produce the lifesaving vaccines until world leaders can get the pandemic under control. Human rights organizations such as Doctors Without Borders, Oxfam and Amnesty International have all signed on to a letter supporting the proposal.

"This is a global health crisis, and the extraordinary circumstances of the COVID-19 pandemic call for extraordinary measures," she said. "The Administration believes strongly in intellectual property protections, but in service of ending this pandemic, supports the waiver of those protections for COVID-19 vaccines."

Moderna CEO Stephane Bancel told investors on an earnings call Thursday he "did not lose a minute of sleep" over the news and said that trader concerns were misguided.

Russia authorizes use of 'Sputnik Light,' a one-shot Covid vaccine it says is 79% effective

Johnson & Johnson and AstraZeneca both use an adenovirus, a common type of virus that typically causes mild cold symptoms, in making their Covid vaccines. Shares of both of those companies were little changed Thursday.

Critics of the move say that developing countries don't have the infrastructure available to manufacture the vaccines, but others disagree.

Analysts largely shrugged off the news.

"We believe any new manufacturing operation could take 6 to 9 months to scale, effectively limiting the impact of other producers. Thus, while we expect pressure on MRNA from the headlines, we do not see significant practical implications from this news," analysts at Morgan Stanley said in a research note Thursday.

Analysts at Bank of America cited "barriers to vaccine development including sourcing raw materials, developing manufacturing and technical know-how." They also note that "US support is not the same as approval where WTO decisions require consensus, and other members such as the EU, UK, Japan, and Switzerland currently oppose waiving IP."

Angela Merkel, the chancellor of Germany, joined those countries Thursday in opposing the waivers. "The limiting factor in vaccine manufacturing is production capacity and high quality standards, not patents," a spokeswoman for Merkel said in a statement.

European Commission President Ursula von der Leyen didn't embrace the waiver plan, saying in a speech she is "ready to discuss any proposals that address the crisis in an effective and pragmatic manner."

Both Pfizer and Moderna already have plans in motion to produce billions of doses in the meantime, essentially leaving any competitors far behind in the manufacturing process.