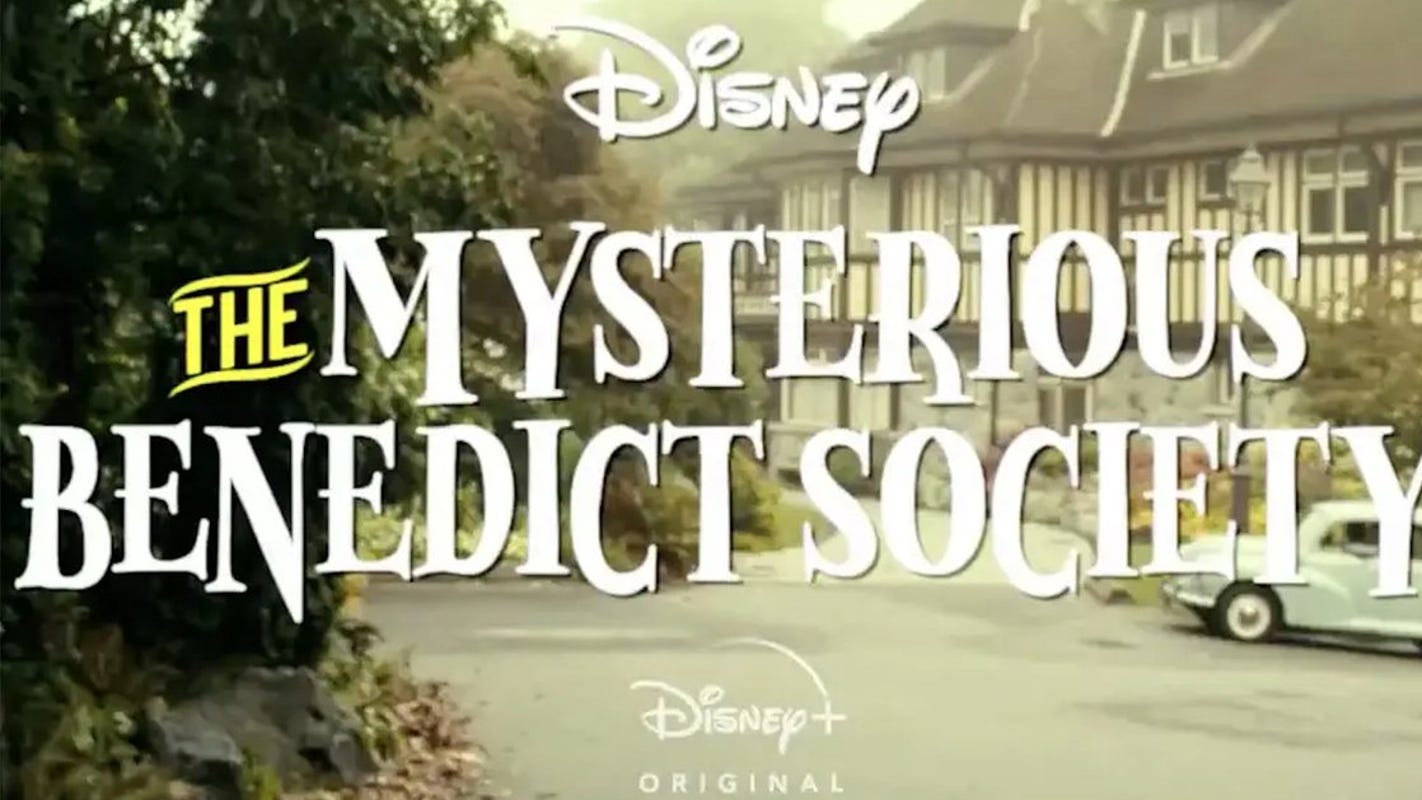 Trenton Lee Stewart's best-selling young adult books has been adapted into a TV series for Disney’s streaming service—here's what you need to know. (Photo: Disney+)

— Recommendations are independently chosen by Reviewed’s editors. Purchases you make through our links may earn us a commission.

From Alice in Wonderland to The Princess Bride, Disney has had a hand in bringing some of the most classic children’s books of all time to life on our screens. And now, with Disney Plus’s commitment to long-form series, the streaming service is making plans to adapt all kinds of beloved works for its platform. Among the upcoming content isThe Mysterious Benedict Society, a television adaptation of the well-loved novel of the same name by Trenton Lee Stewart.

The Mysterious Benedict Society is slated to premiere on Friday, June 25th. You can catch each episode of the series as it releases on Disney+.

How can you stream The Mysterious Benedict Society?

You can stream The Mysterious Benedict Society and more on Disney+. The streaming service is available via internet connection if you live in Australia, Austria, Canada, the Channel Islands, France, Germany, India, Ireland, the Isle of Man, Italy, Monaco, the Netherlands, New Zealand, Puerto Rico, Spain, Switzerland, the United Kingdom, or the U.S. Disney’s direct-to-consumer streaming platform can be accessed from desktop browsers, mobile devices, game consoles, and more.

Disney+ is home to content from Marvel, as well as Walt Disney Studios films, Disney Channel original series, Pixar films and shorts, Star Wars films and series, and National Geographic titles. The platform is constantly releasing new content, such as The Mandalorian, Soul, upcoming series like Star Wars: The Bad Batch, and more.

What is The Mysterious Benedict Society about?

Created and written by Matt Manfredi and Phil Hay, The Mysterious Benedict Society follows the story of a group of orphans who work as spies for Mr. Nicholas Benedict (Tony Hale) at a mysterious boarding school called The Institute. There, the orphans will unravel an evil scheme and come together in order to save the world. Kristen Schaal, MaameYaa Boafo, Ryan Hunt, Seth Carr, Gia Sandu, and more are set to appear alongside Hale in the series, which is produced by Sonar Entertainment and 20th Television.

You can watch the trailer here, and if you want to get caught up on other adaptations of classic stories, Disney+ has you covered. You can find iconic adaptations such as The Black Cauldron, Marvel Cinematic Universe content, Peter Pan, Alexander and the Terrible, Horrible, No Good, Very Bad Day, and many more.

To start watching The Mysterious Benedict Society in June, you can subscribe to Disney+ today starting at $7.99 or $79.99 for a year’s subscription. Consider investing in a bundle with Hulu or ESPN+ to get the most out of your subscription, or even subscribing for a year to save a little extra money.

Disney+ is available on devices like Apple products, Roku streaming devices, Google Chromecast, Android phones and TV devices, XBOX One, PlayStation 4, LG TVs, Samsung products, Chrome OS, Mac OS, or Windows PC. If you’re worried about connecting to the service, check out their supported devices list and sign up for email updates at DisneyPlus.com to keep updated on which devices are compatible.

In addition to all of its new content, Disney+ is also home to classic films like Aladdin, Sleeping Beauty, Robin Hood, A Bug’s Life, and The Princess and The Frog that you can watch on-demand, as well as Disney Channel Original shows and TV series like Sky High, Elena of Avalor, Kim Possible, and The Owl House. They also have a lot of properties you might not expect, like Pixar Shorts, The Simpsons, Home Alone, The Chronicles of Narnia: The Lion, the Witch, and the Wardrobe, Hamilton, and more.

Prices were accurate at the time this article was published but may change over time.