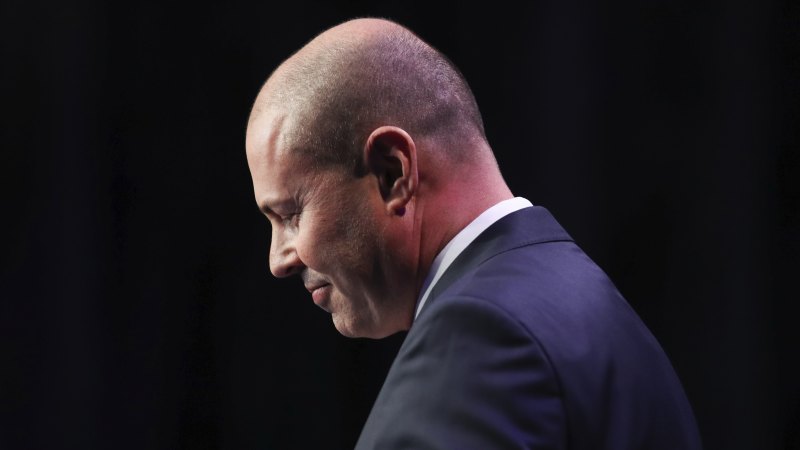 “The past is a foreign country; they do things differently there,” wrote L.P. Hartley in his 1953 novel The Go-Between, the gripping story of an unwitting junior interlocutor to a teenage romance.

A thrilling story, indeed, but unfortunately the saying does not always hold. Sometimes we manifestly fail to progress or to do things differently to the past, as demonstrated this week by Treasurer Josh Frydenberg, whose third budget is notable for its lack of innovation. 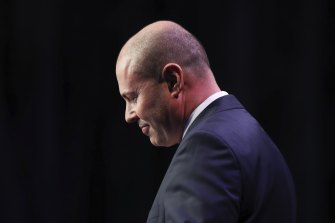 Treasurer Josh Frydenberg has delivered a budget with a deficit of bold reforms.Credit:Alex Ellinghausen

Overall, the budget claims no greater ambition than “coming back” to Australia’s pre-pandemic past, most importantly by restoring employment to pre-pandemic peaks. That is a necessary goal. But it is insufficient.

Australia’s pre-pandemic economy was bedevilled by sluggish business investment and tepid real wages growth. We really ought to be trying to do things differently.

The budget’s centrepiece tax cuts – for both business and individuals – are worth dissecting. Both are simple rehashings of previously announced measures and both fail the test for proper tax reform.

The decision to extend the low- and middle-income tax offset simply bakes into our tax system a messy and complicated tax offset of the type former Treasury secretary Ken Henry recommended should be abolished altogether in return for simpler and lower tax rates and thresholds. 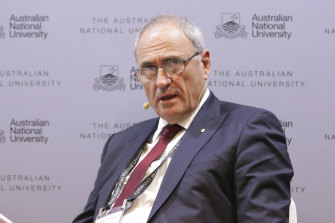 Former Treasury secretary Ken Henry’s recommendations for a simpler tax policy have been all but ignored.Credit:Alex Ellinghausen

Yes, a seven-year, multi-stage program is indeed under way to rationalise and lower income tax thresholds and rates. But we have Malcolm Turnbull to thank for that original vision, delivered in his last budget as prime minister in 2018.

The final stage of that hastily constructed tax reform plan – which seemed so preposterously ambitious at the time, but the conclusion to which we now find on our doorsteps – is scheduled to deliver outsized gains to high-income earners from 2024-25. Its lopsided nature is so politically unpalatable as to be in dire need of a radical rejig if Turnbull’s vision of a simpler, lower-tax system is to be realised.

This budget makes no start on that redesign, simply kicking the can down the road until after the next election.

On business tax cuts, the budget extends two temporary measures from last year’s budget that aimed to support ailing businesses through the COVID period. Eligible businesses are invited to spend up big on new equipment – utes, machines etc – on the promise they can immediately reduce their tax bill by the exact sum spent, instead of having to depreciate purchases over multiple tax years.

Treasury is still tipping Aussie workers to see no real growth in their wages over the budget’s four-year horizon.

Spending up big, of course, hurts short-term profits. No worries, that’s where the government’s second big tax concession comes in, granting business the ability to claim any current losses against tax paid in previous years – entitling them to an instant tax refund.

What business desperately needs is not short-term tax sugar hits, but the long-term confidence to invest. Many factors affect business confidence, most notably the existence of a cohesive national energy plan to prepare us for a low-carbon future – something also missing in this budget. But tax rates are also a factor.

Ken Henry recommended more than a decade ago that Australia’s 30 per cent corporate tax rate needed to be reduced. In the meantime, Australia has instead created a confusing two-tier business tax system, with a 26 per cent rate applying to small businesses, potentially discouraging some businesses from expanding.

Of course, cutting the corporate tax rate delivers big benefits to our mining and finance behemoths, which is one of the reasons Henry suggested it be combined with an additional tax on the resources industry.

This is the sort of big-picture tax reform discussion that is completely absent in this budget.

On the spending side, there is also little of true innovation.

Increased spending on aged care, mental health and childcare are overdue and are minimal responses to calls for greater funding. The boost to childcare, in particular, stops well short of what is needed to disentangle the deep disincentives stitched across the fabric of our entire tax and welfare system that discourages women from returning to work after childbirth.

Properly addressing these perverse penalties would require both vastly more money for childcare and a complete overhaul of our family tax benefit system. On this, the budget also kicks the can down the road.

In the end, the proof of this budget’s pudding is right there in the numbers.

Even after factoring in all the measures announced this week, Treasury is still tipping Aussie workers to see no real growth in their wages over the budget’s four-year horizon.

Recall that to get a “real” wage rise, workers need their pay packets to grow faster than the rise in general consumer prices. Instead, Treasury is tipping an effective pay cut for workers in the coming financial year, as wages rise just 1.5 per cent and inflation 1.75 per cent.

Pay stagnation is tipped for the following two years, with wages rising exactly in line with inflation. Only in 2024-25 are real wage rises tipped to resume, and only barely at that.

At the end of the day, this budget fails to deliver either Keynesian stimulus of sufficient magnitude to kick the economy permanently into a new gear or the supply-side reforms that would unleash a private sector-led recovery.

Australians today are prohibited from flying to foreign countries. But if the past counts as one, pack your bags, because that’s where we’re heading. And it ain’t all that different.

Our Morning Edition newsletter is a curated guide to the most important and interesting stories, analysis and insights. Get it delivered to your inbox.