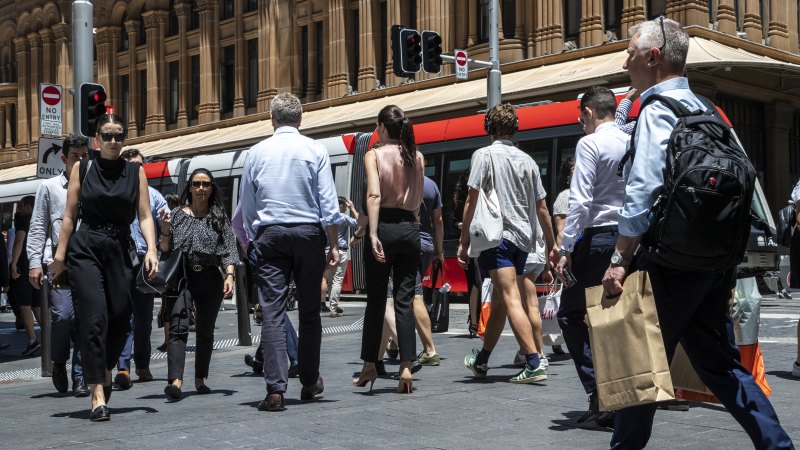 What this week’s budget proves is that fiscal (budgetary) stimulus really works, something many economists had come to doubt over the four decades in which monetary policy – the manipulation of interest rates – was the main instrument used to manage the economy’s path through the business cycle.

That potency’s the main reason the economy has rebounded from last year’s government-ordered deep recession far earlier and more strongly than any economist (or I) had expected. 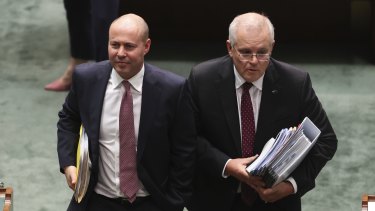 It’s now clear that, by the March quarter of this year, the economy’s production of goods and services – real gross domestic product – had returned to its level at by the end of 2019. The level of employment was a fraction higher than before the virus struck, and the rate of unemployment had gone most of the way back to its pre-virus 5.1 per cent.

And it was Scott Morrison’s massive boost to government spending – JobKeeper, the temporary JobSeeker supplement and all the rest – “wot done it”.

This week’s budget, coming on top of last year’s, confirms there’s been a lasting shift in the main policy instrument used by the macro economy managers, from monetary policy to fiscal policy.

Why? Short answer: because when the official interest rate – the lever monetary policy uses to encourage or discourage borrowing and spending – has fallen almost to zero, your instrument no longer works.

We, and all the advanced economies, are caught in what the great British economist John Maynard Keynes called a “liquidity trap”: there’s plenty of money around to be borrowed – and at very low interest rates – but few businesses want to take it. Cutting rates even further won’t change this.

The last time the developed world was caught in a liquidity trap was the Great Depression of the 1930s. Keynes immortalised himself by thinking outside the box and coming up with the solution: give up on interest rates and switch to using fiscal policy – government spending and taxation – to keep the economy growing until the private sector – businesses and households – get their mojo back.

Note that we were caught in our liquidity trap long before the virus came along. The pandemic’s just brought matters to a head. The problem the economic managers are responding to is “structural” – deep-seated and long-lasting – not “cyclical”: temporary. 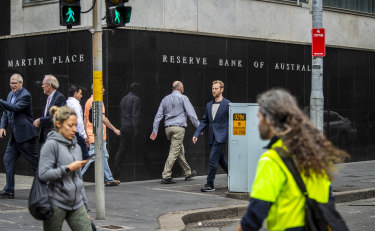 The Reserve Bank has indicated interest rates will be staying lower for longer.Credit:Louie Douvis

Low inflation and low interest rates go together. That’s why the Reserve Bank’s being cautious rather than brave in assuring us it’s unlikely to increase interest rates “until 2024 at the earliest”.

But why is fiscal stimulus more effective than economists realised? Why does a dollar of stimulus have a bigger effect on GDP – a higher “multiplier effect” – than they thought? Two main reasons.

One thing that reduces the size of fiscal multipliers is the “leakage” of spending into imports. But this doesn’t matter as much in a more globalised world, when all the rich economies are likely to be stimulating at the same time. As they did in the global financial crisis of 2008 and are doing now in response to the pandemic. My country’s leakage of spending becomes your country’s “injection” – and vice versa.

A second factor that was keeping multipliers low is what economists call the “monetary policy reaction function”. If a government is spending big – whether for political or economic reasons – but the independent central bank thinks this will risk inflation going above its target, it will increase rates.

The two arms of macro policy will then be pulling in opposite directions. This is what we had before the arrival of the pandemic, when the Reserve was cutting interest rates to get the economy moving, but Scott Morrison and Josh Frydenberg were focused on eliminating debt and deficit.

We, and all the advanced economies, are caught in what the great British economist John Maynard Keynes called a “liquidity trap”: there’s plenty of money around to be borrowed – and at very low interest rates – but few businesses want to take it. Cutting rates even further won’t change this.

Now, however, fiscal policy and monetary policy are both pushing in the direction of encouraging growth and lower unemployment. With fiscal doing most of the pushing, this means a higher multiplier.

Which brings us to the obvious question: is the “stance of policy” adopted in this week’s budget expansionary or contractionary? If you believed all the silly talk of a “big-spending budget” you’d be in no doubt that it’s expansionary.

But it’s trickier than that. If you judge it the simple way the Reserve Bank does, by looking at the direction and size of the expected change in the budget balance from the present financial year to the coming year, you find the budget deficit’s expected to fall from $161 billion to $107 billion.

That’s a huge $54 billion fall, suggesting the budget is contractionary. But that’s not right. Because last year’s budget underestimated the speed with which employment and tax collections would rebound and people would get a job and go off the dole, the additional stimulus measures announced in the budget stopped that fall from being a lot bigger.

And remember this: a lot of last year’s stimulus spending – something less than $100 billion-worth – won’t have left the government’s coffers by June 30 this year. And it’s been estimated that about $240 billion-worth of stimulus spending that did leave the government’s accounts is still sitting in the accounts of households and businesses, able to be spent in the coming year.

We do know, for instance, that the saving rate of households, which was 5 per cent before the Coronacession began, was still up at 12 per cent of their disposable income, after peaking at 22 per cent at the end June last year.

The government’s forecasters are expecting that a lot of the savings of households and companies will be spent on consumption and investment in 2021-22. This tells me it would a mistake not to think of fiscal policy as still highly expansionary. Which is as it should be.

Ross Gittins is the economics editor