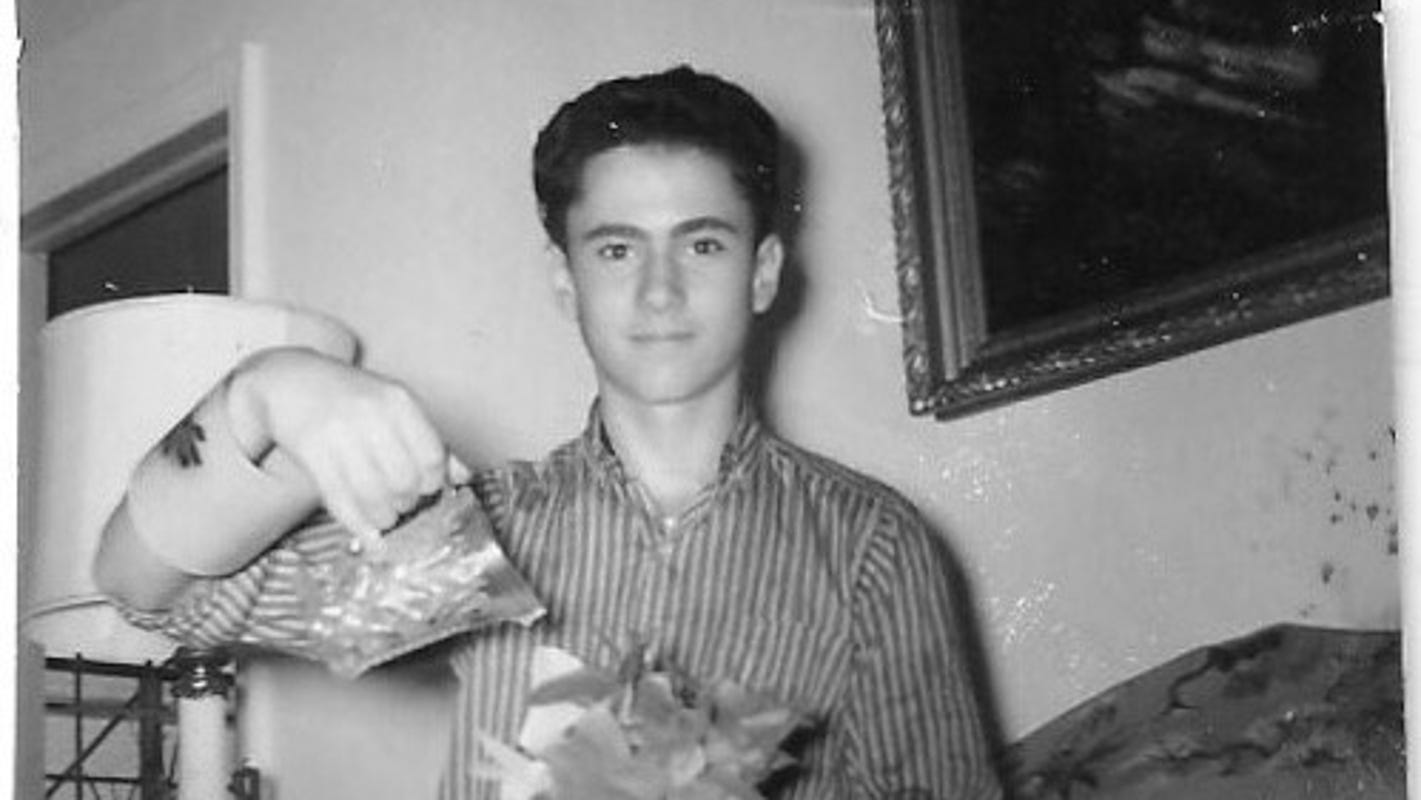 When tax filing deadlines arrive, people think about many things. Last-minute appointments with their accountants, concern that they might have exaggerated their exaggerations just a little too much. Maybe they are wondering whether it will be possible to space out the payments. I think about my dad. He was an IRS agent.

Father went to work for the Internal Revenue Service in 1931.

Many years later, he happened to be issued a license plate with an alphanumeric sequence beginning “HH.” His wife said it stood for Honest Harold. He was honest, more or less. That is the impression I gathered from the stories he told about his life as a tax man.

No favors for family

Charles Kraus' father, Harold Kraus, after he retired from the IRS, in Nevada. (Photo: Family handout)

His beat was corporate compliance. But that did not discourage relatives from stopping by for an annual early April dinner served with tax preparation for anyone who just happened to bring along the appropriate forms and a shoebox of financial history.

After the meal, aunts and uncles sat around the table organizing and reorganizing documents. They whispered to one another in tones appropriate for a doctor’s waiting room. As Dad completed a return and delivered the verdict, the rest of us could hear responses from his den office, which occupied the other side of the wall. Sounds of relief, regret or occasional disbelief. Protests, even accusations. Harold didn’t understand, they would say. He was unfamiliar with personal tax law, they would protest. Pleas for a little more flexibility – after all, an uncle pointed out, this was family.

One year – taxes completed, as Mom served cake and coffee, I wandered into my room for a moment and found that same uncle seated at the desk erasing numbers Dad had entered on his tax papers.

A shame if something happened …

Dad didn’t talk all that much about his work. I recall two stories.

My father and his team had been set to report tax fraud allegedly committed by a famous crooner, someone known for his talent and his underworld connections. Moments before the charges were to be brought, “word came down” that the investigation was closing. Done. Through. Gone.

DC statehood: DC representation used to be a bipartisan cause. I was a House Republican who voted for it.

Each time he spoke about the incident, or about the accused perpetrator, my father turned purple with rage. I wasn’t allowed to purchase or play records by the singer. If a radio or television station happened to feature the guy, we adjusted the dial, tuning to a program that offered a more congenial, law-abiding entertainer.

How could that happen? I asked. How could a case just shut down?

Dad didn’t offer details. Instead, he told a companion story.

Another agent was working on an equally explosive investigation. One Saturday morning, the guy’s home phone rang. A pleasant-sounding stranger said hello. The stranger wanted the agent to be aware that he knew where the agent lived. He knew the route the agent’s son took to school, the park the agent’s daughter visited when she headed to the playground. She was 7. He was 10. Nice kids.

That’s all he said. Perhaps it was enough.

Every once in a while, I wondered if a caller knew where I parked my bicycle when I visited the library.

Charles E. Kraus is the author of “Baffled Again .. and Again,” a collection of more than 100 of his newspaper essays.