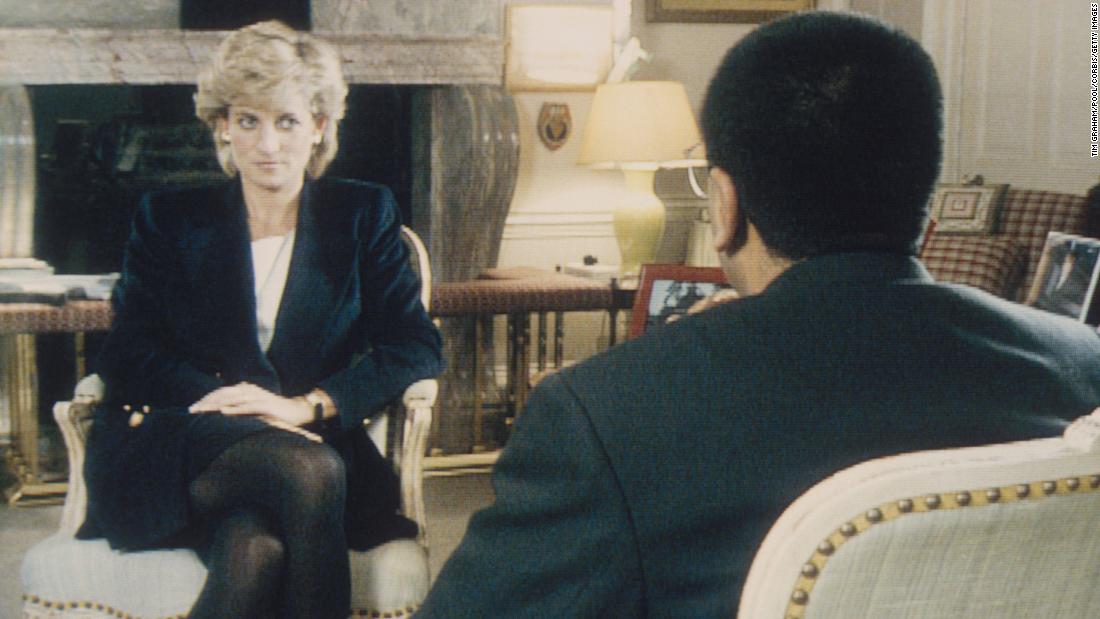 (CNN)The BBC has offered an unconditional apology after a report found a prominent journalist used “deceitful” methods to secure a landmark interview with Princess Diana as her marriage broke down.

BBC journalist Martin Bashir conducted the career-defining interview with Diana in 1995, in which she detailed her breakdown of her relationship with Prince Charles.
BBC Director-General Tim Davie said Thursday the interview “fell far short of what audiences have a right to expect.”

“While the BBC cannot turn back the clock after a quarter of a century, we can make a full and unconditional apology. The BBC offers that today,” Davie said.

The report, written by former judge Lord Dyson, found that Bashir had shown fake bank statements to Diana’s brother Charles Spencer, which “deceived and induced him to arrange a meeting with Princess Diana.”

“By gaining access to Princess Diana in this way, Mr Bashir was able to persuade her to agree to give the interview,” the report notes, adding that this behavior was in breach of BBC guidelines.
Bashir has long been alleged to have used forged documents that suggested the palace staff were working against Princess Diana and being paid to spy on her, CNN anchor and correspondent Max Foster has previously reported.
Matt Wiessler, a former graphic designer for the BBC, said he mocked up false bank statements after Bashir reached out to him.
Thursday’s report found that Bashir also likely created another set of fake bank statements, which he again showed to Spencer.
The 1995 interview was a seismic moment in British public life. 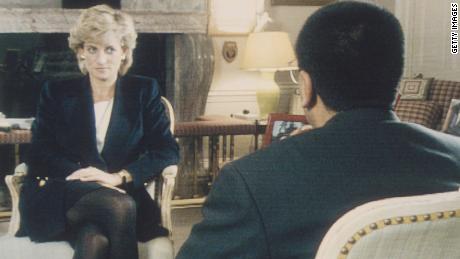 During the event, Diana told Bashir that there were “three of us” in her marriage to Charles, referring to Camilla Parker Bowles, whom the heir to the throne would later marry.
Buckingham Palace was blindsided by the interview and thrown into crisis by Diana’s comments, which cast a rare light on the inner workings of the royal family.
The new report notes that Wiessler was worried that he “might have played a role in obtaining the interview by deception” and raised his concerns with the BBC shortly after the interview aired. The report says that Wiessler is not facing any criticism for accepting the commission, and describes him as “an entirely reputable graphic designer” who freelanced for the BBC.
The broadcaster launched an internal inquiry in 1996 and concluded that documents had been forged but didn’t play a role in Diana’s decision to participate in the interview.
Bashir initially claimed that he had not shown the documents to anyone but admitted otherwise in March 1996, Dyson found.
The report is critical of both Bashir’s behavior and of the way the 1996 probe was carried out by the BBC.
It concludes that “without justification” the BBC “covered up… facts as it had been able to establish about how Mr Bashir secured the interview.”
Dyson added that the BBC also “failed to mention the issue at all on any news programme and thereby fell short of the high standards of integrity and transparency which are its hallmark.”
The BBC’s former director-general Tony Hall, who was in charge of news and current affairs at the time of the controversy, said Thursday that he was “wrong to give Martin Bashir the benefit of the doubt,” according to PA Media news agency
Last week Bashir stepped down from his role as the BBC’s religion editor, citing health reasons.
On May 14, Jonathan Munro, the BBC’s Deputy Director of News, sent an email to staff confirming that Bashir would leave the corporation.
“He let us know of his decision last month, just before being readmitted to hospital for another surgical procedure on his heart,” the email read. “Although he underwent major surgery toward the end of last year, he is facing some ongoing issues and has decided to focus on his health. We wish him a complete and speedy recovery.”
The report comes at highly volatile moment for the corporation, which is a giant of public broadcasting but increasingly under pressure from politicians.
Its publicly funded model faces growing scrutiny from the government, including from UK Prime Minister Boris Johnson.

The BBC’s investigative current affairs show Panorama — the same program which featured the 1995 interview — will air a documentary on the controversy on Thursday at 7 p.m. (2 p.m. ET).
The program will examine the inside story of how Bashir obtained the interview, and how the BBC responded when it discovered he had faked bank statements and shown them to Earl Spencer.