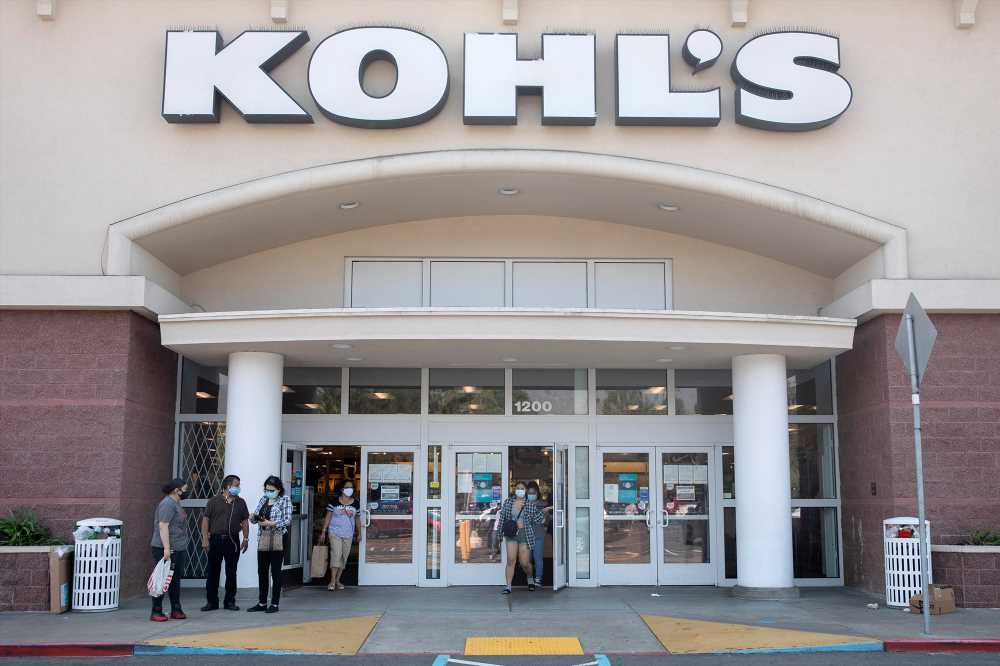 Kohl’s to require customers to wear masks at stores nationwide

Kohl’s raised its financial outlook for the year on Thursday, after a solid rebound in the first quarter from the devastating impact of the pandemic.

But those raised expectations fell short of what many industry analysts had been projecting and shares plunged nearly 11 percent Thursday. During a conference call, Kohl’s explained that it it took into account logjams at ports and inflationary pressures in wages that could increase costs in the second half of the year.

More shoppers came back to shop in stores as COVID-19 vaccinations became more common and Kohl’s bounced back to a profit after the chain, based in Menomonee Fall, Wisconsin, lost money last year when it was forced close its doors along with thousands of other retailers.

Quarterly sales and profits topped almost all expectations, but Kohl’s said it expects net sales to increase only in the mid-to-high teens percentage range. That spooked investors.

“Kohl’s is either being conservative and cautious with its forecasts – which is understandable given how uncertain everything remains – or lacks confidence that its various initiatives and a strong consumer economy will deliver results as quickly as investors might like,” wrote Neil Saunders, managing director of GlobalData. ”Either way, the suggestion is that Kohl’s will, overall, lose market share over the course of 2021.”

Like Kohl’s, a number of major retailers have posted banner numbers for the first quarter this week as shoppers, newly vaccinated, come out of hibernation.

“The US consumer is in a stronger position,” said CEO Michelle Gass during a call with analysts Thursday. “Spending has picked up driven by stimulus, easing COVID restrictions and people resuming more normalcy in their daily lives.”

The company had pushed to reinvigorate stores before the pandemic struck. Late last year, it announced that Sephora would replace all cosmetics areas at Kohl’s with 2,500 square foot shops. It’s building on that initiative and said Thursday that it would create upscale areas devoted to brands like Calvin Klein near those cosmetics shops to capture some of the expected traffic.

Last month it added three independent members to its board as part of an agreement with an investor group that believes that Kohl’s hasn’t kept up with a fast-changing retail landscape. Those investors say Kohl’s needs to cut its inventory, fix its store label assortment, cut expenses and improve its app and website, among other things.

Kohl’s Corp. reported quarterly net income of $14 million, or 9 cents per share, after reporting a loss in the same period a year earlier. Earnings, adjusted to extinguish debt, were $1.05 per share. Wall Street expected the chain only to break even, according to a survey by Zacks Investment Research.

Its revenue of $3.89 billion, a 60 percent increase from the year-ago period, also topped expectations.

Gass told The AP during a phone interview Thursday that Kohl’s is figuring out what pandemic habits will linger. Even as Americans return to clothing more typical to pre-pandemic times, she said they’re looking for more comfort.

Like other retailers, Kohl’s is facing labor shortages. Gass said the chain is offering temporary financial perks to workers in some of its distribution centers, but isn’t seeing any labor shortages at its stores.

Adjusted earnings per share is now forecast to be in the range of $3.80 to $4.20, excluding any non-recurring charges, compared with the previous expectation of $2.45 to $2.95.