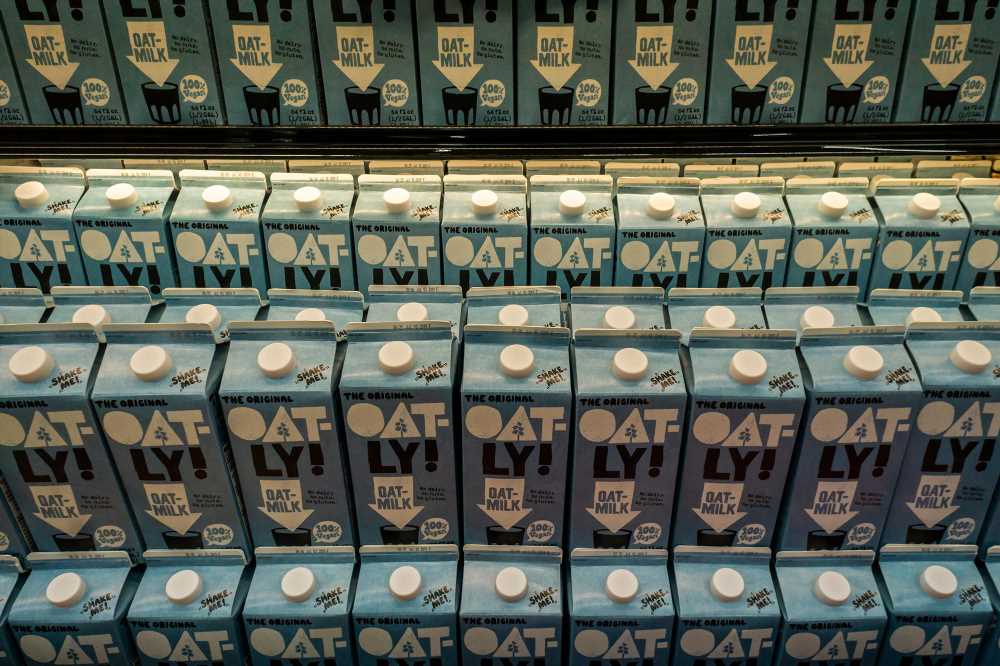 Robinhood to release its IPO filing next week: report

The stock began trading around 11:45 a.m. ET at $22.12, about 30 percent above the IPO price, giving the company a valuation of $13.1 billion. The Malmo, Sweden-based company is trading on the Nasdaq under the ticker “OTLY.”

The oat-milk maker priced its IPO on Wednesday evening at $17 per share, at the top of its indicated range, giving it a valuation of $10 billion and raising over $1.4 billion from the sale of new and existing equity.

The company sells a milk substitute made from oats. It’s grown rapidly since its US debut five years ago, riding a wave of interest in plant-based foods, particularly among health- and sustainability-conscious millennials and Gen Z consumers.

As of the end of 2020, Oatly products were sold in about 8,500 retail shops and nearly 10,000 coffee shops in the US, according to the company’s regulatory filings.

The market for plant-based alternatives is competitive, with start-ups like Beyond Meat and Impossible Foods already in the space, and established food companies like Nestle and Target announcing plans to pursue plant-based food options. And even within the milk alternative market, Oatly faces steep competition with deep-pocketed rivals like Danone and Unilever.

But Oatly has largely managed to distinguish itself with offbeat marketing, in particular. The company debuted a memorable low-budget commercial at this year’s Super Bowl, which featured Oatly CEO Toni Petersson sitting at a piano in the middle of a field singing, “Wow! Wow! No Cow!”

After poor reviews, the company gave away Tee-shirts that read, “I totally hated that Oatly commercial.”

The company’s cartons and advertising on billboards, busses and elsewhere also feature over-the-top claims about the benefits of oat milk.

“Think cow’s milk. Without the cow and the milk part. And 80% fewer greenhouse gas emissions: That’s all,” reads one advertisement featured in the company’s regulatory filings.

That investment spurred some backlash for Oatly from protestors who criticized the company’s ties to Blackstone, which has investments in a handful of companies that don’t share Oatly’s vision around sustainability.

The investment nonetheless earned Oatly a $2 billion valuation, even though the company has yet to post a profit. While sales more than doubled from 2019 to hit $421.4 million last year, it posted a loss of $60.4 million as it invested in product development, new factories and marketing, according to its regulatory filings.