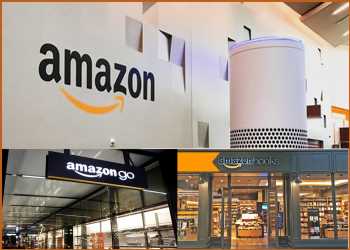 Amazon said Friday that it will create more than 10,000 new permanent jobs in 2021, taking its total UK workforce to more than 55,000 people by the end of year.

The announcement comes a day after the e-commerce giant revealed plans to add 75,000 jobs in the United States and Canada.

Amazon said Friday that it will invest 10 million pounds over three years in training up to 5,000 employees in new skills to meet the UK’s future employment needs outside of Amazon.

The company is partnering with the British Chambers of Commerce and local businesses to identify regional skills shortages to focus training on local needs.

The 10,000 new permanent jobs Amazon will create in the UK this year will include roles at its corporate offices, Amazon Web Services and operations network. Corporate roles will be available in offices in London, Manchester, Edinburgh, and Cambridge across a wide range of fields including fashion, digital marketing, engineering, video production, software development, cloud computing, AI and machine learning, and more.

In operations, Amazon will open a parcel receive center and four new fulfilment centres, as well as continue to expand its delivery station network, creating thousands of new permanent roles on teams including engineering, HR and IT, health and safety, finance, and those that pick, pack and ship customer orders.

Employees are offered benefits package, including private medical insurance, life assurance, income protection, and an employee discount – which combined are worth more than 700 pounds annually – as well as a company pension plan.

The announcement adds to the 1,000 full-time apprenticeships Amazon will create in the UK in 2021.

Amazon said that, to date, it has created more than 40,000 jobs and invested over 23 billion pounds in its UK operations since 2010 to provide convenience, selection and value to UK consumers.