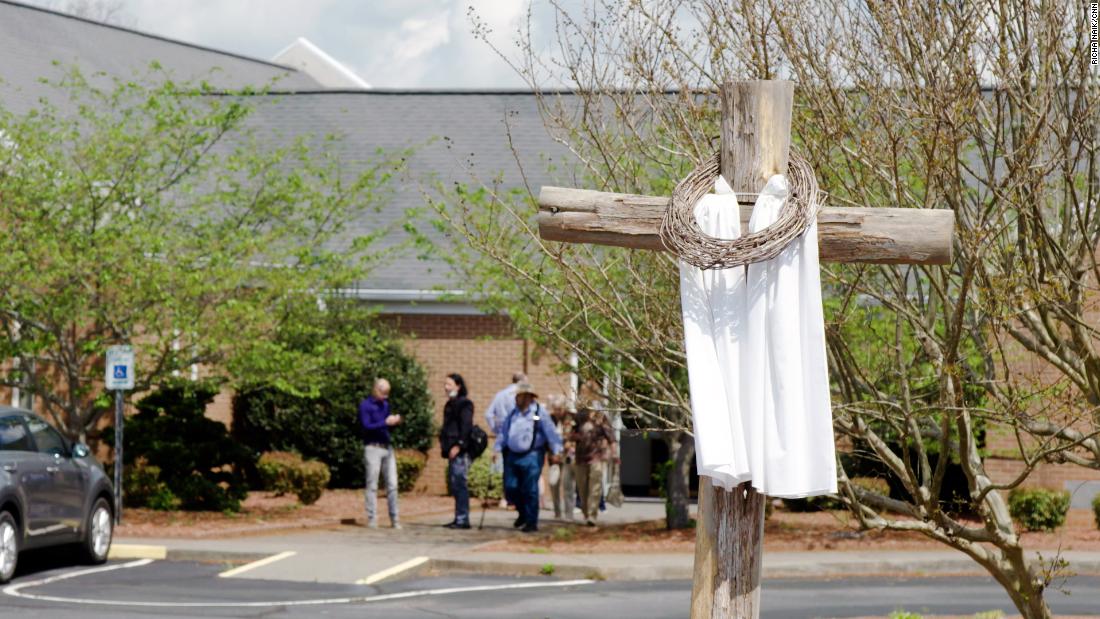 When Pastor James Kendall stepped on to the stage of his small church in Madera, California he knew that day’s sermon was going to take him in a direction unlike most. He had seen some troubling Facebook posts from members of his congregation. God, he says, was telling him speak out and warn his flock.

“I don’t like to get off track and off the Bible,” Kendall said during a sermon on March 7. “But as a pastor I do have to guard the flock.”

That false prophet was known simply as Q. And Kendall was about to warn his church about it. 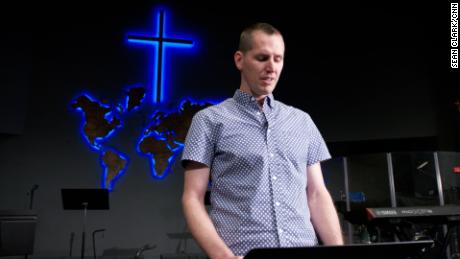 QAnon is a virtual cult that began in late 2017. According to the conspiracy theory, former President Donald Trump is secretly working to stop a group of child sex traffickers. And an anonymous government insider called “Q” is believed to have shared secret information about that fight via cryptic online posts. Q allegedly last posted online on December 8.

Q’s messaging tactics draw from many themes in Christianity. As Daniel Burke, CNN’s former religion editor, wrote, “According to the religious view of QAnon, Q is a postmodern prophet, “Q drops” (aka his messages) are sacred texts and Trump is a messianic figure who will conjure “The Storm,” an apocalyptic revelation exposing evildoers.”

I get an hour with people every week, versus the 167 hours that they have out on their own to do other things.

Conspiracy theories find believers in many faiths. But the QAnon conspiracy theory is more popular today among evangelicals than people of other religions, according to a study by the conservative American Enterprise Institute.

For example, 27% of white evangelicals say that the idea that Donald Trump has been fighting a group of child sex traffickers, a theory that is central to Q’s claims, is mostly or completely accurate according to AEI.

“The Biblical worldview is that there’s a God who’s in control of the whole world. And one day Jesus is going to come back, he’s going to judge the wicked,” Kendall said. With QAnon, “there is a Q that knows everything, and Donald Trump is going to come back and judge the wicked, set up his rule, and his followers are going to live in their little Utopia… It’s easier for Christians who already have that belief system to make that jump over into believing [QAnon].”

Kendall has seen this play out in his Facebook feed.

Members of his evangelical church were posting that even though Joe Biden was declared the winner of the presidential election, his inauguration would be somehow thwarted. On January 20 Donald Trump would somehow come back and become president again.

Kendall’s not alone. Across the country, Pastor Ben Marsh in Winston-Salem, North Carolina has also seen some troubling posts online.

“I have seen where people, most often unwittingly shared misinformation that came from a QAnon or a Q-adjacent source,” Marsh told CNN Business.

Kendall and Marsh are both competing with the online world for their congregants’ attention.

“I get an hour with people every week, versus the 167 hours that they have out on their own to do other things,” Kendall said. “There’s a lot more access out there that fights against what I’m trying to teach from the Bible.”

But members of the flock aren’t the the only ones susceptible in church communities. Some Christian pastors are also preaching them.

These conspiracy theory-preaching pastors, Kendall said, have been “deceived.” He emphatically said Christianity is not compatible with QAnon.
“True Christianity is that Jesus Christ is our ultimate hope, not Q, not Donald Trump, not any other person,” Kendall said.

‘I’m not sure Jesus would be welcomed in an American church today.’

Conspiracy theories vary in how harmful they can be. While the belief in Bigfoot, for example, isn’t generally tied to violence or aggression, the FBI has warned that Q-adherents are a domestic terrorism threat and warned that “fringe conspiracy theories very likely motivate some domestic extremists, wholly or in part, to commit criminal and sometimes violent activity.”

The real-life consequences of the baseless claims made by the false prophet “Q,” have raised concerns from hundreds of evangelicals, including Jerushah Duford, the granddaughter of the late, famed evangelical pastor Billy Graham.

“I think he would’ve spoken out against it. He was very true to God’s word,” Duford told CNN Business. “It was just Gospel and scripture. And you can’t do that and believe in QAnon.”

QAnon ties back to the movement, known as Christian Nationalism, that seeks to declare America a Christian nation and privilege Christianity within it, according to Duford. 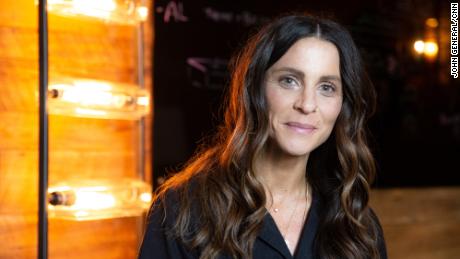 Duford, along with more than 200 other prominent evangelicals signed a letter denouncing Christian Nationalism and the role it played in the attack on the capitol.

“The term Christian nationalism, in and of itself, is ironic because there’s nothing Christian about nationalism,” Duford told CNN Business. “I hope that it will be looked at like an extreme portion of our faith. Not our faith as a whole.”

The rise in Christian nationalism and the spread of QAnon are partially due to churches being “extremely exclusive,” Duford warned. “I think what you’re finding from a lot of these people who are hardcore Q-Anon believers [is] this is somewhere where they fit in.”

“I’m not sure Jesus would be welcomed in an American church today.”

Protecting ‘the sheep from the wolves’

During the attack on January 6, video evidence showed that one of the rioters who entered the Senate Chamber carried a Christian flag — a white flag with a blue square in the upper left corner that bears a cross.

That imagery signaled to Pastor Ben Marsh, of First Alliance Church in Winston-Salem, North Carolina, that he had to speak up because a Christian flag also sits on the stage that he delivers sermons from.

“It was horrifying to me,” Marsh told CNN Business.

At his next sermon, Marsh took the flag down. In an impassioned speech, he told his congregation that the rioters had been led astray because “pastors had lied to them.” 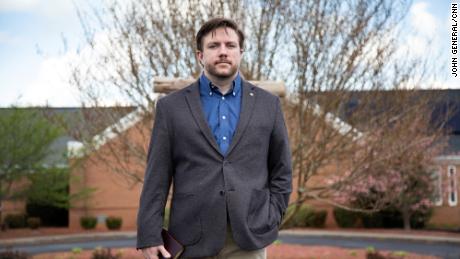 Marsh is part of an online group of Christian Missionary Alliance pastors, an evangelical Protestant denomination, that also serves as a support group. In the group, Marsh says, pastors sometimes seek out advice on how to address the spread of QAnon in their churches.

“There were pastors that were driven to their knees in prayer over and over again because they didn’t know what to do,” Marsh said.

There were pastors that were driven to their knees in prayer over and over again because they didn't know what to do.

Kendall says he tried to have conversations with members of his church about QAnon, but they haven’t gone far.

“A lot of times they’re not really open to hearing my side of things or explanations,” Kendall said.

Still, Kendall persists despite the risk of alienating members of his congregation who potentially believe in at least parts of the conspiracy theory.

“The Bible tells us, there’s always going to be false teachers in the church,” Kendall said. “My job as a pastor is protect the sheep from the wolves, and to not just point them to the truth, but to warn them when these false teachers come in and try to take people away.”