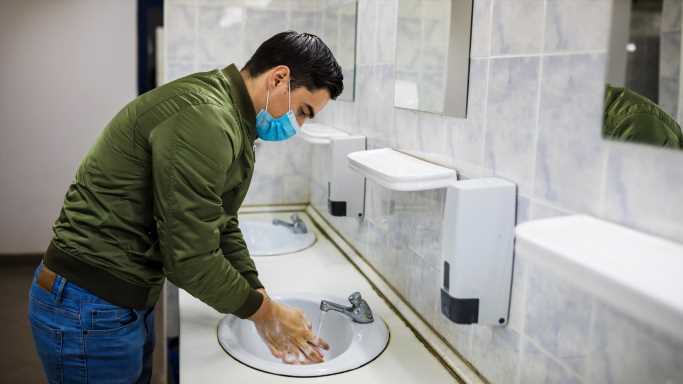 Nationwide, the average number of new daily infections has increased in three states, decreased in 42, and remained effectively unchanged in three over the past week.

In total, there have been about 32,677,000 documented cases of the novel coronavirus in the United States since the first known infection was identified in Washington state on Jan. 21, 2020.

Though the first case of the virus in the United States was on the West Coast, the early epicenter of the outbreak was on the other side of the country, in New York City. In the months since, the parts of the country hit hardest by the virus shifted to the Southeast, the Midwest, and California.

The current decrease in cases nationwide is being driven disproportionately by Michigan and Rhode Island, the two states where the average number of new daily cases is declining the fastest on a per capita basis.

All COVID-19 data used in this story is current as of May 20, 2021. Alabama recently reported a back log of COVID-19 cases not previously counted, which skewed its weekly average infection rate. As a result, it was excluded from analysis. Due to an additional reporting inconsistency, Massachusetts was also excluded.