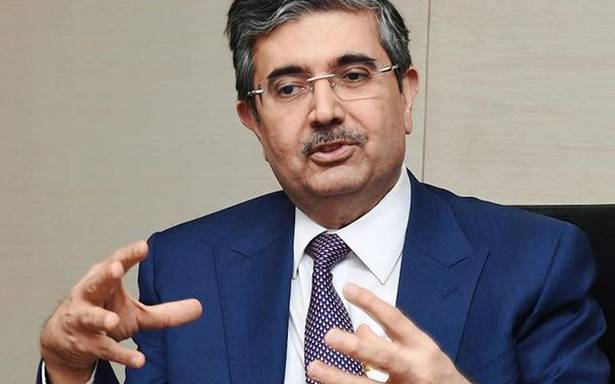 Uday Kotak highlights risks of not spending, says a lot will hinge on States’ approach to reopening.

India’s economy urgently needs increased fiscal spending from the government to support businesses that have suffered stress from the COVID-19-related disruptions, as well as households and individuals worst hit by the pandemic, CII president Uday Kotak said on Wednesday.

“I think the time has come for the fisc [fiscal authorities] to do a lot more in terms of supporting very specified, well-defined segments of the economy, including individuals and households,” Mr. Kotak said in an interview. “The government in its budget planning… has done a very conservative revenue estimate for 21/22 in terms of its targets, so I think they should do better in many areas.”

Arguing that the risks of not increasing fiscal spending at the current juncture were far greater than a possible overshoot of the government’s budgeted fiscal deficit target of 6.8%, Mr. Kotak said, “At a time like the pandemic, we need to support the economy to at least a base level, because otherwise that trend growth can get much more affected.” Observing that the higher-than-budgeted surplus pay-out by the Reserve Bank of India had already provided an additional cushion of about ₹50,000 crore to the government, the veteran banker said the CII had already suggested that the RBI ought to expand the size of its balance sheet in order to facilitate the anticipated higher level of government borrowing.

“Even if it [fiscal deficit] went a little above 6.8-7%, I think that’s not the end of the world, expand the fisc, support the weaker segments of society or stressed sectors,” he added.

After recommending stringent curbs on economic activity to contain the ‘suffering’ from the pandemic, Mr. Kotak earlier this month urged companies to take ‘voluntary measures’ to break the COVID transmission chain by minimising all in-person work. Mr. Kotak, who completes his term at CII’s helm on May 31, said the coming months would require careful calibration to revive the economy.

Excerpts from the interview:

‘July-September period will be key’

You have earlier stressed that saving lives was far more important. What do you see as the way forward?

We are really caught in a cleft. On the one hand, if you look at all the analysts… most of them are saying that with a reasonable lockdown kind of situation, the total positive COVID cases should come down to about 50,000 per day, by end of June. We are then in a situation where we have the ability to have selective opening up in different parts of the country.

But the fact is our internal borders are open. And people can freely move around in any part of the country. And the levels of vaccination are still relatively lower as a percentage of the population. So we are in a catch-22 situation, in which I think each State will have to calibrate carefully in terms of what it needs to do.

My view is both States and individuals will be more cautious this time around in opening up than we have been in the last year. At the same time, I do believe that our vaccination progress, we should catch up by somewhere around the end of September. Therefore the real hiatus for us to manage is this period of three months… July, August, September.

And those are the calls we need to take carefully for two reasons. If we do the calibration well, we will have a much lower risk of 3.0 [third wave].

Two, we would have vaccinated a lot more people. And we will also have some clarity, how effective the vaccines are at the various levels.

The crucial period for India and each of us as Indians is this window between July and September when vaccination is progressing, but may not have reached a critical mass, but the caseload has come down.

What can the CII do to get a uniform vaccine policy?

Frankly, if there is a way by which government can create a joint task force representing both public and private sector, in terms of taking the vaccination strategy forward, I think CII will recommend that strongly.

What can be done to support the economy?

Expand the fisc; support the weaker segments of society or stressed sectors. And for the pressure it brings on to the government bond market and higher borrowing… expand the balance sheet of the RBI.

The other aspect is the financial sector. The ECLGS scheme… they should expand it or think about expanding it. They can look at ₹5 lakh crore and let the government give the guarantees to the banks, which can give additional funding to particularly the cyclical category of borrowers who then have a chance of survival.

Then you come to the part where the banks feel that they [borrowers] may have a better chance if they gave a little breathing time, which means restructuring. My view is that there is nothing in the RBI guidelines which stops a bank from restructuring a loan, even if it is declared an NPA.

The transaction between the borrower and the banker can be in terms of what’s right for making it easier for the borrower to sustain itself for paying back the bank.

At a time like this, we have to protect India’s reputation in the financial sector. And our credibility. And therefore, I would strongly recommend sustainable, resilient financial sector. We should not have a situation where banks merely extend and protect, but focus more on doing what is right, take the pain on their balance sheet. And, between last year and this year, the banks have capitalised themselves. And, if it means the State-owned banks, the government can capitalise them further, which is a part of expansion of the fisc.

We must ensure that the shocks are either taken by the State or by the capital cushions in financial institutions. And, I feel capital is the oxygen of the banking sector. And, we must have enough oxygen.