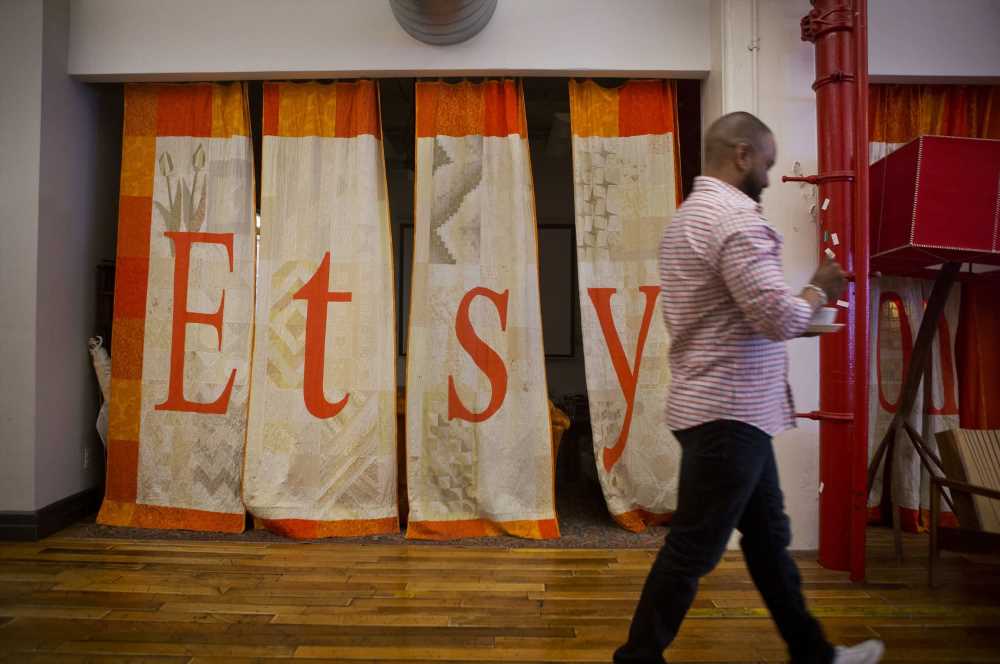 Bed Bath & Beyond, AMC, BlackBerry – Reddit darlings Bed Bath & Beyond and AMC climbed in wild trading.  Shares of the home furnishings retailer soared 46%  after the company announced the release of three new private label brands scheduled to hit the shelves in the next few months. AMC jumped just shy of 80%, and trading in the name was briefly halted. BlackBerry also leapt nearly 20%.

Etsy — Shares of the e-commerce company are up 6.9% midday after Etsy announced a $1.6 billion deal to buy fashion resale app Depop. The newly acquired business, which is based in London, is popular among younger consumers.

DXC Technology – Shares of the IT services company advanced nearly 5.5% after Wells Fargo upgraded the stock to an overweight rating. "We see a situation where a discounted valuation presents an attractive risk/reward ratio and the possibility of higher EPS/valuations as the market gains confidence in the turn-around story that is playing out at DXC," the firm wrote in a note to clients. Wells Fargo also lifted its target on the stock to $48, implying 26% upside from Tuesday's closing price.

Cinemark, Imax —  The movie theater stocks dropped more than 2% after Goldman Sachs downgraded them to sell from neutral. The investment firm said in a note to clients that the market appeared to be overestimating how much movie attendance would rebound after the pandemic.

Tesla — Tesla shares fell 3.5% in midday trading on a combination of negative headlines. First, the electric car maker said it is recalling nearly 6,000 vehicles over concerns that their brake caliper bolts might loosen, which could potentially result in a loss of tire pressure. Second, Tesla was reportedly told by the Securities and Exchange Commission that it had failed to properly approve tweets by CEO Elon Musk.

Carnival Corporation — Shares of Carnival jumped roughly 2.8% and touched a new 52-week high today of $31.10. The Centers for Disease Control and Prevention accepted an agreement for Carnival Cruise Line to sail from Port Canaveral, The Houston Chronicle reported Tuesday.

Vimeo — Shares of Vimeo rose 0.2% after Cowen and Jefferies initiated coverage of the stock with ratings of outperform and buy, respectively. Both firms pointed to Vimeo's potential in the enterprise video space.