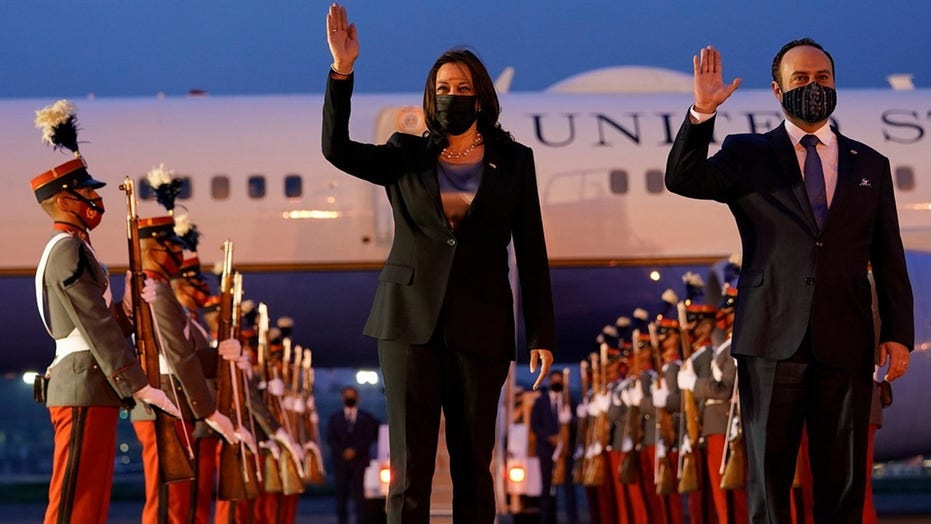 Users on Twitter roasted Vice President Harris for passing out cookies made in her likeness to reporters on a plane while traveling to meet with the president of Guatemala.

The vice president traveled to the Central American country on Sunday to meet with the Guatemalan President Alejandro Giammattei in her first trip after being appointed by President Biden to lead diplomatic efforts in the region amid the border crisis.

In the tail section of Air Force 2, though, Harris handed out cookies in her likeness, made in the style of her official White House portrait.

USA Today politics reporter Courtney Subramanian shared a picture of the cookies online, which sparked backlash from users on Twitter.

“Handing out cookies with her face on them as the border crisis rages…,” McDaniel wrote. “The modern-day equivalent of ‘let them eat cake.’”

Rep. Guy Reschenthaler, R-Pa., lambasted Harris for passing out the cookies, saying that while she was doing that the cartel was making millions.

“[Harris] is passing out cookies to the press with her face on them while the cartel makes hundreds of millions of dollars smuggling drugs and children across the southern border,” Reschenthaler wrote. “This is all possible thanks to the Biden/Harris Administration’s policies.”

“As a former Military Aide during the Clinton administration, I never even imagined this level of narcissism,” Patterson wrote. “And, all on YOUR tax dollars America!”

“Democrats, even you can’t be cool with this,” he added.

The cookies crumbled even more online, with the image quickly going viral.

During her visit with Giammattei, Harris told the Guatemalan president that tackling the migrant surge at the border is a “shared priority” between the two nations after Giammattei blamed the U.S. for the surge of migrants.

Giammattei pushed back against the “root causes” explanation and said that the two “are not on the same side of the coin” on the issue.

Instead, he blamed what he saw as a more welcoming message to migrants by the new administration for the surge.