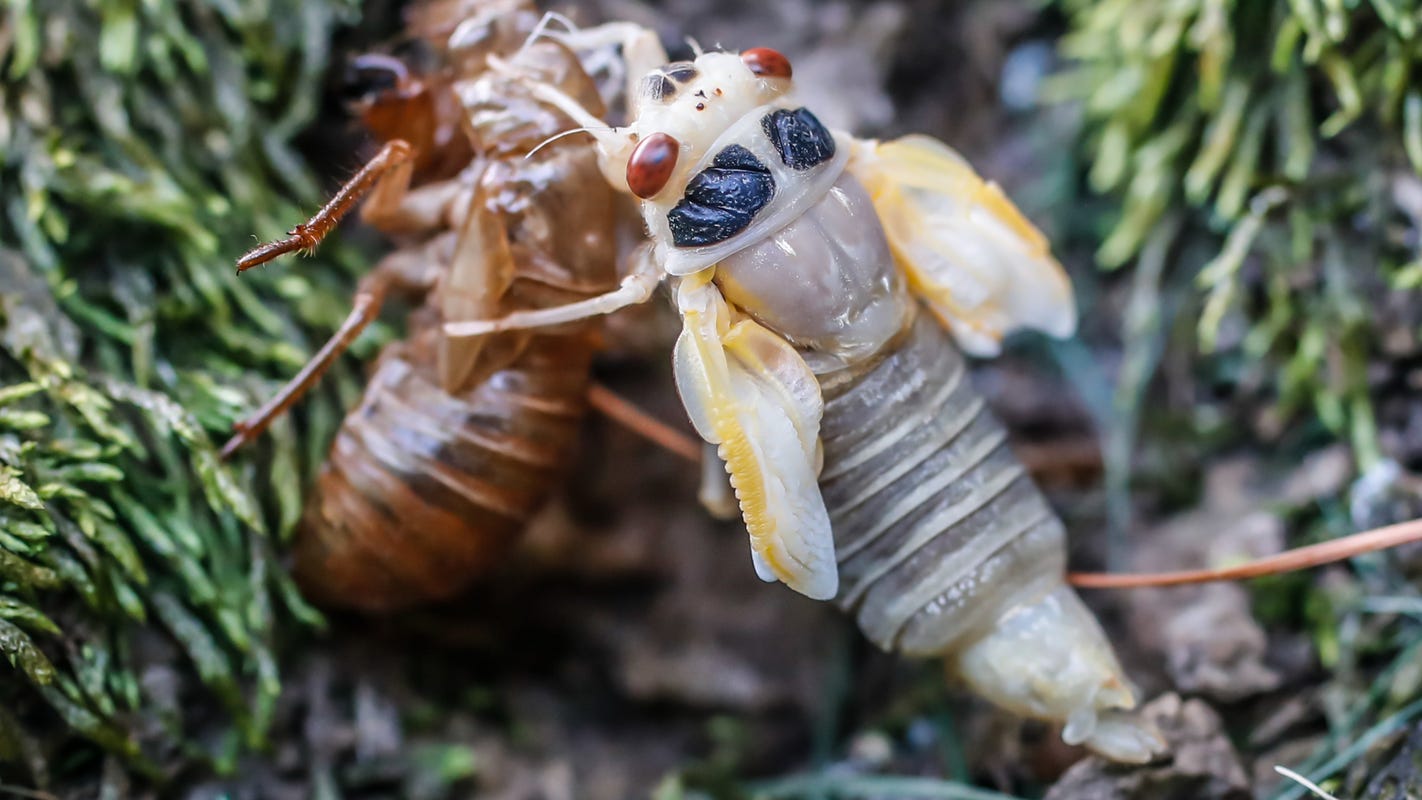 INDIANAPOLIS Cicadas may be a crunchy, tasty snack for people and animals alike — but too much of anything is a bad thing, and some dogs have become sick from feasting on the insects.

The reason for your canine friend’s tummy ache is pretty much what you might expect: They simply ate too much.

“The thing about cicadas is that they’re not toxic … they don’t bite and they don’t sting. So in and of themselves, they’re not dangerous,” said Dr. Jerry Klein, chief veterinary officer for the American Kennel Club. “But like anything else, it’s if they do it in excess.”

Periodical cicadas emerged in the trillions across the United States last month after spending 17 years underground. The members of Brood X, the name for this cycle of cicada emergence, are noisy, and they’re everywhere.

Wildlife feasts on these cicadas when they emerge. They are, after all, an easy source of protein for squirrels, rabbits and other animals. Dogs and cats also tend to munch on the bumbling insects.

This isn’t a concern in and of itself, experts say. Eating a cicada or two won’t hurt your dog. But their exoskeletons and shells are hard to digest, and eating too many of them can wreak havoc on a dog’s digestive system.

“Their exoskeletons have a material in them that can be really hard to digest,” said Elizabeth Barnes, an exotic forest pest educator with Purdue University. “And so if peoples’ dogs are eating a lot of cicadas, then that could make them sick or throw up.”

When a dog eats too many cicada shells, it can cause vomiting, diarrhea, lethargy or poor appetite. In this case, you should take your pet to the vet, experts say, and may require intravenous fluids, pain, gastro-protectant or anti-nausea medications. Although most Indianapolis vets offices haven’t seen pets come in sick from cicadas, some offices confirmed with the Indianapolis Star, part of the USA TODAY Network, that they have seen a few come in from eating too many of the insects.

Cicadas are related to shrimp: Don’t eat them if you have a seafood allergy, FDA warns

Debunking cicadas myths: Can they bite or sting? Are they dangerous to pets? What you need to know.

Some dogs may be more sensitive to others, and in rare cases, your dog might be allergic to the cicada shells and require even more attention.

In even rarer cases, dogs have died from eating too many cicada shells.

But overall, problems caused by eating too many cicadas are unusual, Klein said. In his 35 years working as an emergency vet, he hasn’t seen many instances.