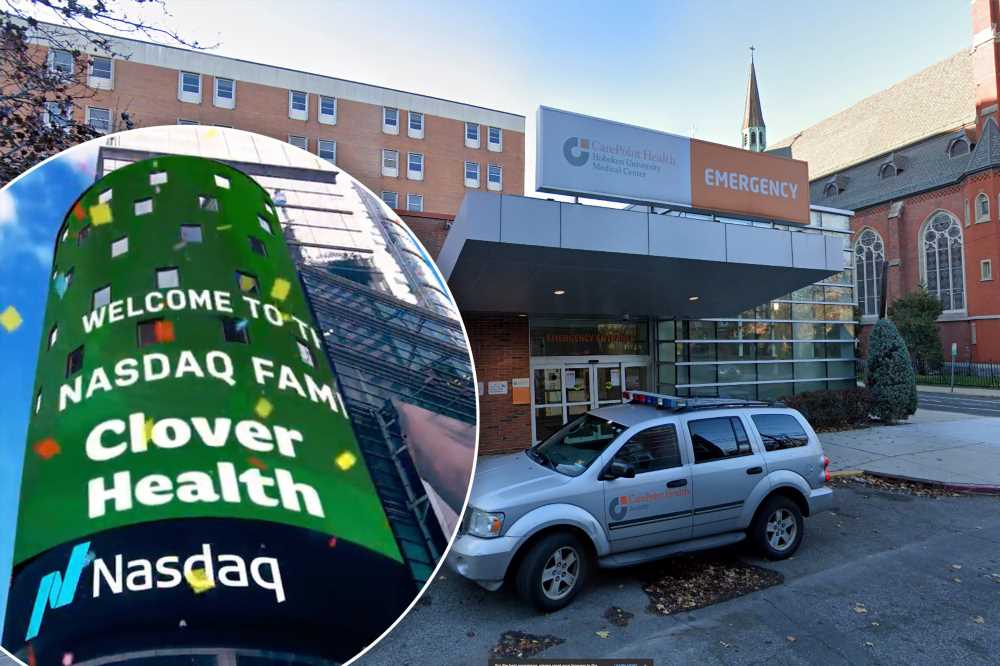 Man stabbed by stranger while picking up patient from hospital

As India’s COVID surge wanes, families deal with the devastation

The latest “meme stock” doesn’t sell video games or own a movie-theater chain — it’s a health insurance company whose founders have been accused of slapping hospital patients with exorbitant bills.

Clover Health appears to have become popular with traders on Reddit this month partly because it had been a target of short seller Hindenburg Research, which in February issued a highly critical report that accused the company of misleading shareholders by failing to disclose an active Department of Justice investigation into “kickbacks and undisclosed third-party deals.”

But what’s lesser known is that Clover Health Chief Executive Vivek Garipalli and his co-founder Jeffrey Mandler are also the owners of CarePoint, a New Jersey hospital chain that has been in the crosshairs of regulators and lawmakers for years for turning a midsized medical center in a blue-collar city into the most expensive hospital in America — reportedly billing a teacher nearly $9,000 for a single bandage.

Before they created Clover in 2014, Garipalli and Mandler founded CarePoint by buying-out three bankrupt non-profit hospitals in Bayonne, Jersey City and Hoboken from 2008 to 2012, according to public records.

CarePoint then converted the medical centers to for-profit business models, eliminating contracts with large insurance companies so they could classify more emergency room patients as out-of-network, according to a 2016 report by POLITICO.

The men argued that such tactics were necessary to save the hospitals.

But after the overhaul, Bayonne Medical Center was ranked the most expensive hospital in the country, charging more for procedures than ritzy institutions like the Cleveland Clinic, Cedars-Sinai and the Mayo Clinic, according to a 2013 analysis of federal billing data by the Star-Ledger.

In 2014 the hospital charged a teacher nearly $9,000 to bandage a cut that did not need stitches, NBC New York reported. The following year it reportedly billed a New Jersey man and his insurer more than $17,000 to treat a two-inch cut with five or six stitches.

The hospital also charged notoriously high rates for more serious emergency procedures as well, NJ.com reported, citing a 2011 heart attack with complications at Bayonne that cost $137,483 — compared to $29,940 at nearby Hunterdon Medical Center, $48,399 at Mountainside Hospital in Montclair and $54,562 at Hackensack University Medical Center.

In March of 2019, the New Jersey Commission of Investigation published an eyebrow-raising report showing that CarePoint paid $157 million in “management fees” to several holding companies owned by Garipalli, Mandler and Lawler through a web of businesses from 2013 to 2016.

“These related-party management entities have no employees and only limited operating expenses which, in combination with other information, raises questions about the nature of their operations,” the watchdog said.

At the same time, the company’s hospitals had been laying off workers and avoiding repairing buildings in need of renovations, a spokesperson for union workers at two CarePoint medical centers told the Jersey Journal in 2019.

The Garden State’s dissatisfaction with CarePoint has continued up until recently.

In February 2020, a group of legislators representing Hudson county called on Governor Phil Murphy to investigate CarePoint, saying “the near bankruptcy of the CarePoint hospitals is directly related to the decision by ownership to withdraw unreasonably large sums from their operations for personal profit at the detriment to services and the health care available to Hudson County residents.”

The legislators who signed the letter ended up dialing-back their criticisms when the coronavirus pandemic hit due to a need for cooperation between lawmakers and hospitals, according to a source with knowledge of the situation. Murphy’s office did not immediately reply to a request for comment.

But by June of 2020, the Jersey Journal piled on with a scathing editorial about CarePoint, saying the operation “smacks more of investment strategy and greed than of concern for the sick people who need hospital services.”

A spokesperson for Clover Health, Andy Robinson, said via email, “Clover is a completely separate entity to Carepint [sic] and I have zero mandate to talk about this.”

“It’s such terrifically old news sorry. There is nothing left to talk about,” Robinson insisted in a follow-up email.

Clover Health and ClearPoint spokespeople did not make Garipalli or Mandler available for an interview.

CarePoint announced in December that it had signed a letter of intent to sell its Hoboken and Jersey City hospitals to California-based investment group KPC Global Management.

One month later, Garipalli and Mandler took Clover Health public with the help of “SPAC King” Chamath Palihapitiya at a valuation of $3.7 billion, pushing Garipalli’s net worth north of $1 billion, according to Forbes estimates.

Hindenburg’s report mentioned accusations against CarePoint, but placed more emphasis on alleged management issues at Garipalli and Mandler’s new company, including that Clover’s impressive sales statistics were inflated due to a major undisclosed “a major undisclosed related party deal and misleading marketing targeting the elderly.”

The short-seller said that Clover operated a thinly-veiled subsidiary “Seek Insurance” that claimed to offer unbiased information on seeking Medicare plans without disclosing its relationship with Clover.

Clover, which boasts Google parent company Alphabet among its backers and Chelsea Clinton among its board members, has disputed Hindenburg’s claims.

But the stock fell from $14 in early February to less than $7 at some points in May as Hindenburg’s allegations sunk in.

But that all changed last week with the help of Reddit day traders looking to squeeze Wall Street short sellers. Clover shares soared as high as $28 before receding to about $15.20 mid-day on Thursday.

CarePoint spokespeople Eric Bloom and Jennifer Dobin did not reply to a request for updates on the deal.