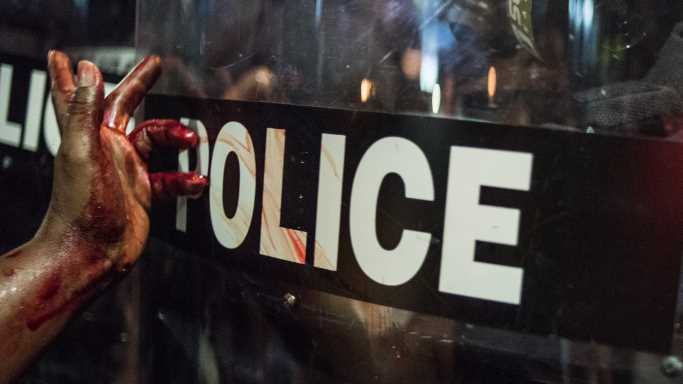 It’s happened many times. A high-profile killing by law enforcement officials of an unarmed suspect, disproportionately likely to be African-American, leads to public outcry. Then the news cycle moves on, and little seems to have changed.

We saw this after Minneapolis police officer Derek Chauvin killed an unarmed Black suspect, George Floyd, on May 25, 2020. The intensity and sheer number of Black Lives Matter and related protests around the country led then-presidential-candidate Joe Biden to declare Floyd’s death “one of those great inflection points in American history.”

Unfortunately, the pace at which police have killed suspects has remained unchecked since then. At least 429 people in the U.S. had been killed by police officers this year as of the end of May R12; 28% of them African-American, despite the fact that Blacks make up only 13.4% of the total population. (These are the worst cities for Black Americans.)

Within 24 hours of the April 24 guilty verdicts against Chauvin — for second-degree unintentional murder, third-degree murder, and second-degree manslaughter — police officers fatally gunned down six more suspects, including a 16-year-old girl in Cincinnati and two men in separate incidents in San Antonio. (Here are the cities where police shoot the most people.)

Click here to see the states where the police kill the most people per capita.

The number of police killings, both in absolute terms and on a per capita basis, varies widely from one state to the next. Massachusetts, for example, has one of the lowest rates of officer-involved fatalities in the nation, while Oklahoma has one of the highest. Interestingly, considering the bad press it gets in this regard, Minnesota ranks in 39th place for most per capita police killings.

To determine the states with the most killings by police departments, 24/7 Wall St. reviewed data from Mapping Police Violence, a research collaborative that collects data on police killings across the nation from the country’s three largest comprehensive and impartial crowdsourced databases. Data was accessed on May, 26, 2021 and includes all police department killings between the beginning of 2013 and May 23 of this year. Police killings per 100,000 were calculated using 2019 population estimates from the U.S. Census Bureau’s American Community Survey.