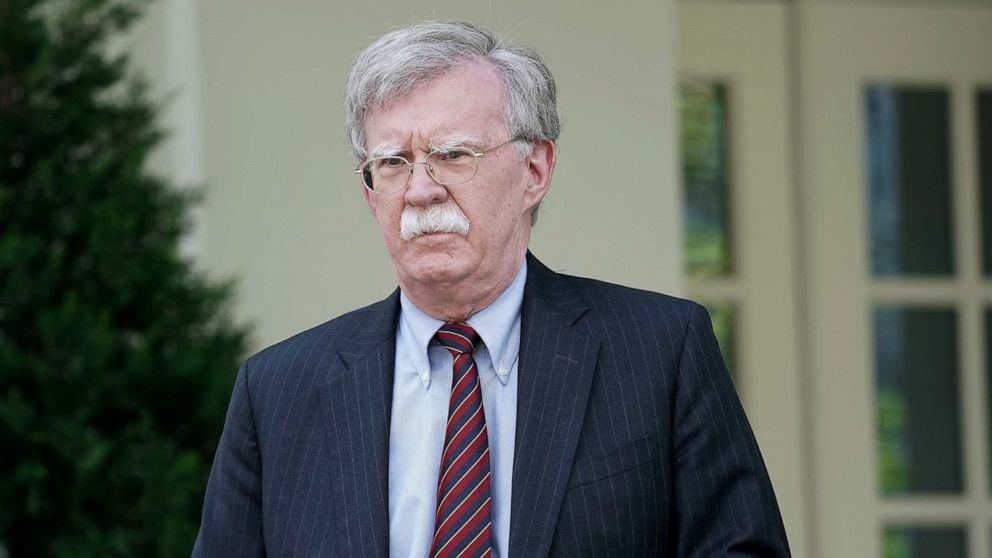 The Justice Department on Wednesday dropped its civil lawsuit targeting former national security adviser John Bolton over the publication of his 2020 memoir “The Room Where It Happened,” halting an effort brought during the Trump administration that had sought to seize all proceeds Bolton received from the book.

The short filing, made Wednesday, only stated that “the parties stipulate to dismissal of this action, with prejudice.”

“We are very pleased that the Department of Justice has dismissed with prejudice its civil lawsuit against Ambassador Bolton and has terminated grand jury proceedings,” Charles Cooper, an attorney for Bolton, said in a statement. “We argued from the outset that neither action was justifiable, because they were initiated only as a result of President Trump’s politically motivated order to prevent publication of the Ambassador’s book before the 2020 election.”

A separate criminal probe into whether Bolton illegally mishandled classified information by publishing the book has also been dropped, Cooper added in his statement. Last fall, grand jury subpoenas were sent to Bolton’s publisher and his literary agent demanding their communications with Bolton.

Prosecutors suing Bolton alleged that multiple passages in the book included highly classified information that would cause irreparable harm to national security.

“The NSC has determined that information in the manuscript is classified at the Confidential, Secret and Top Secret levels,” DOJ attorneys said in a June 2020 court filing.

Bolton has long maintained that he did not publish any classified material.

“We accordingly do not believe that prepublication review is required,” Cooper wrote to the Trump administration National Security Council in 2019, ahead of the book’s publication. “We are nonetheless submitting this manuscript out of an abundance of caution.” Bolton’s team and lawyers from the NSC went through a months-long back-and-forth review process of the memoir’s contents.

A federal judge overseeing the case, Royce Lamberth, subsequently issued a ruling that seemed to spell trouble for Bolton, after officials briefed Lamberth in a private setting on specific passages of the book that they said included classified information.

“This was Bolton’s bet: If he is right and the book does not contain classified information, he keeps the upside … but if he is wrong, he stands to lose his profits from the book deal, exposes himself to criminal liability, and imperils national security. Bolton was wrong,” Lamberth said.

Bolton moved to publish the book last summer over the objections of the White House after he said the pre-publication review process had been politicized by officials acting at President Trump’s behest. The civil suit against him accused Bolton of violating nondisclosure agreements he had signed upon his appointment as national security adviser, but attorneys for Bolton reasoned that he had no obligation to honor those agreements if Trump officials who intervened in the pre-publication review weren’t acting in good faith.