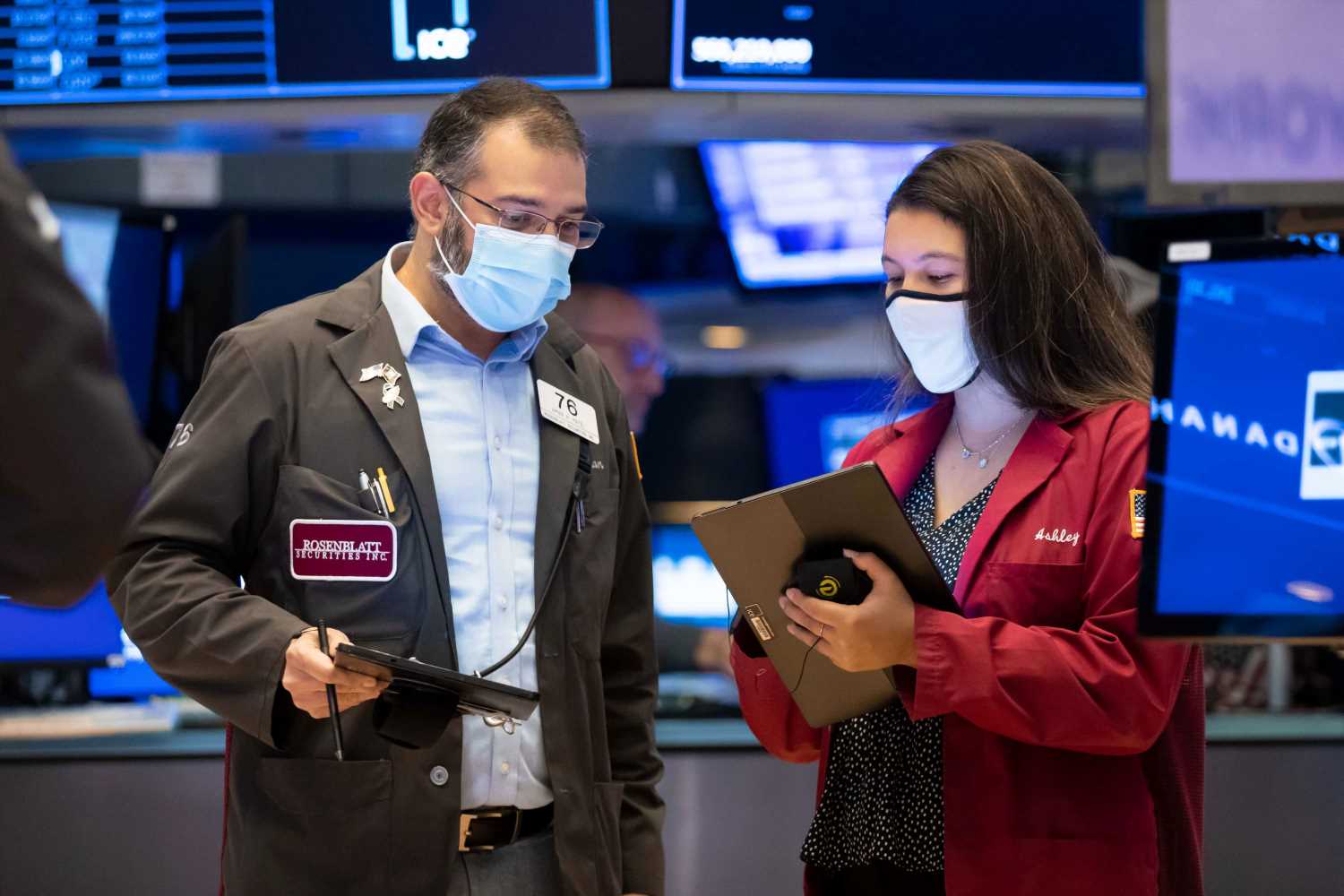 Here are the most important news, trends and analysis that investors need to start their trading day:

U.S. stock futures fell sharply Friday as the Dow looked to be set up for its first five-session losing streak since January. Dow futures sank 300 points, accelerating to the downside during CNBC's interview with St. Louis Fed President James Bullard in the 8 a.m. ET hour of "Squawk Box." He revealed himself to be one of the Fed members who sees interest rate hikes beginning in late 2022, earlier than the median 2023 forecast. "We were expecting a good year, a good reopening, but this is a bigger year than we were expecting, more inflation than we were expecting, and I think it's natural that we've tilted a little bit more hawkish here to contain inflationary pressures," said Bullard, who is not a voting Fed member this year.

Thursday was the second 200-point-plus down day in a row for the Dow following the Federal Reserve meeting. So far, the 30-stock average was off nearly 2% for the week. The S&P 500, tracking for a more modest weekly decline, fell Thursday for the third straight session. The Nasdaq bucked Thursday's down trend, adding nearly 0.9% and breaking a two-session losing streak. The Nasdaq was within just 13 points of Monday's record close. The S&P 500 was less than 1% from its record close Monday. The Dow was more than 2.7% from its latest record close in early May.

2. 10-year yield continues to bounce around after Fed-driven spike

The 10-year Treasury yield to fluctuate after Wednesday's Fed-driven spike to nearly 1.6%, trading Friday around 1.5%. Yields drifted lower despite rising inflation expectations from the Fed. The central bank on Wednesday afternoon also signaled two interest rate hikes in 2023. In March, policymakers said they saw no increases until at least 2024. Fed Chairman Jerome Powell has said he's willing to let inflation run above the Fed's traditional 2% target rate before adjusting policy in order to allow the economy more room to recover from the depths of the Covid pandemic.

3. Many commodities bounce one day after falling sharply

Many commodities bounced Friday, one day after falling sharply as China started to take steps to cool off rising prices. Those declines cut into months of gains and weighed on stocks. On Thursday, the drops in commodities were widespread, with platinum futures falling more than 11%, along with declines of nearly 6% in corn futures and 4.8% in copper futures.

A Chinese government agency announced a plan Wednesday to release some of its reserves of key metals. Commodities often move inversely to the dollar since they are mostly priced globally in the U.S. currency, which has been strengthening since this week's Fed decisions.

A new U.K. study examined brain imaging before and after coronavirus infections and looked specifically at the potential effect on the nervous system. "In short, the study suggests that there could be some long-term loss of brain tissue from Covid, and that would have some long-term consequences," Dr. Scott Gottlieb told CNBC's "The News with Shepard Smith." The destruction of brain tissue could explain why Covid patients lost their sense of smell, he said.

England's top medical officer warned it would likely take five years before new Covid vaccines could "hold the line" to a very large degree against a range of coronavirus variants. Until then, Chief Medical Officer Chris Whitty said, new vaccination programs and booster shots would be needed. A further easing of lockdown restrictions in England was delayed this week due to a surge in cases of the delta variant first discovered in India.

5. Biden signs a bill establishing Juneteenth as a federal holiday

Most federal workers will observe Juneteenth on Friday because the new holiday marking the end of slavery in the U.S. falls on a Saturday this year. The New York Stock Exchange will not close for Juneteenth but will evaluate closing for it in 2022. On Thursday, President Joe Biden signed a bill establishing Juneteenth, celebrated on June 19, as the first new federal holiday since Martin Luther King Jr. Day in 1983. Juneteenth marks the day in 1865 when Union soldiers arrived Galveston, Texas, and officially ended slavery in the state. It happened more than two years after then-President Abraham Lincoln issued the Emancipation Proclamation.

— Reuters contributed to this report. Follow all the market action like a pro on CNBC Pro. Get the latest on the pandemic with CNBC's coronavirus coverage.