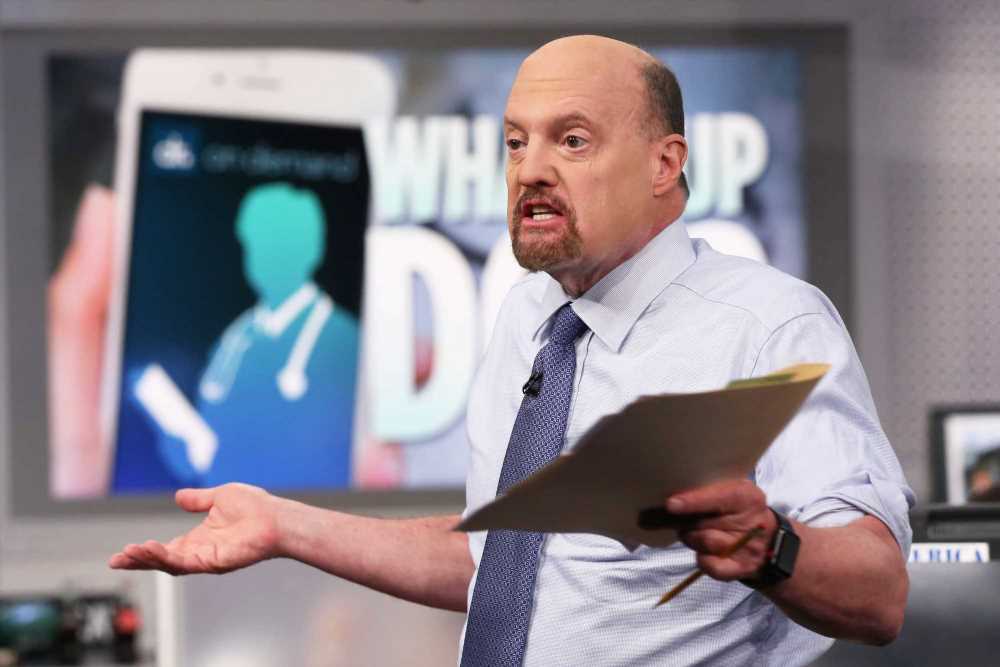 CNBC's Jim Cramer on Friday looked ahead to next week's key market events, which include public remarks from multiple Federal Reserve officials and earnings reports from Nike and FedEx.

The "Mad Money" host's lookahead came after another down day for Wall Street, with the Dow Jones Industrial Average dropping 533 points Friday to finish up its worst week since October.

"The Fed is in warning mode, and warning mode … can be brutal," Cramer said, adding that history also shows late June is a tough time for stocks in general. "The bad news is that the sell-off probably isn't done," he said.

Revenue and earnings-per-share projections are based on FactSet estimates:

"If he doesn't drop the 2022 rate hike talk, I expect the averages to keep getting hit," Cramer said, explaining that money would likely then keep "flowing into the high-growth stocks by midday, perhaps late day, that thrive in a slowing economy — Adobe, Nvidia, a couple others I'm going to mention — and then flow out of the construction, farm equipment, aerospace, oil plays, industrials."

"If Powell doesn't defang Bullard's comments and the market falls, I think that's the time to do some selective buying in higher growth stocks," Cramer contended, pointing to Adobe, Amazon and Advanced Micro Devices as three companies to consider buying.

"We know the RV and motor home industry is on fire right now, but it hasn't mattered to the stocks at all," Cramer said. "Many people think of these as a pandemic play because Winnebagos are cleaner, safer ways to take a vacation, so maybe the stock goes down no matter what," he said.

The company "needs to confirm everything that Lennar just told us about the fantastic state of the housing market yesterday morning," Cramer said. "If KB Home does that, I would actually circle back to Lennar … because it's the biggest beneficiary from the current cycle and it just reported a magnificent quarter."

"We're expecting a big number from their U.S. business, but at the same time the possibility of a weaker Chinese number … is very much on the table," Cramer said. However, he said if Nike meets expectations and management avoids any stumbles on the conference call, "I suspect they'll be rewarded with a series of price target boosts, maybe even an upgrade or two. Great story, but not if China stays as important as it's been."

"I think FedEx is a fantastic situation, but this is one that may not be able to maintain its momentum," Cramer said.

"Typically, this stock comes in hot and then gets clobbered no matter what they say, even good things. This time, the stock's been clobbered ahead, so it might be a good buy going into the quarter," Cramer said.

"Now that we finally have a break in commodities, we need to hear that used cars have become more plentiful. Unfortunately, I doubt that's what we're going to hear from CarMax," Cramer said.